A walk to Hadleigh Castle Ruins

While staying at Leigh we had one of our regular walks to Hadleigh Castle ruins. It is a pleasant but hilly walk from the house once you leave the road.
So, put on your boots and come on the walk with me. First I will give you a bit of history.


The ruins of two towers, one almost standing to its original height, and some of its curtain wall are all that remain of Hadleigh Castle, overlooking the Thames estuary and Essex marshes.
The construction of the castle began in 1230. It was built for Hubert de Burgh, who had been Chief Justiciar to King John and had acted as regent for the young King Henry III. Hubert's relationship with the young Henry did not remain amicable and Henry confiscated Hadleigh Castle. Henry continued the building work and substantial additions were made in the mid 14th century by Edward III, it is these later additions that are most visible today.

It became the custom for Hadleigh to be granted to a tenant for life, reverting to the King on their death. By tradition the tenants were usually the king's consort, most notably belonging to three of King Henry VIII's wives - Catherine of Aragon, Anne of Cleves and Catherine Parr. In 1551, King Edward VI sold the property, allowing its stone to be used for other building projects.

So off we go on our walk - hope you enjoy 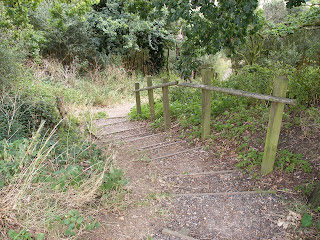 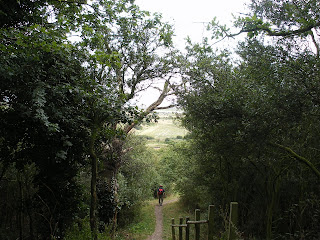 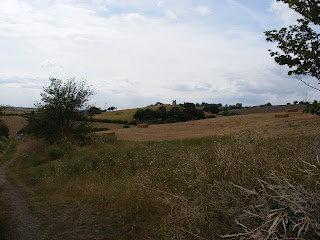 See the castle on the horizon in the distance 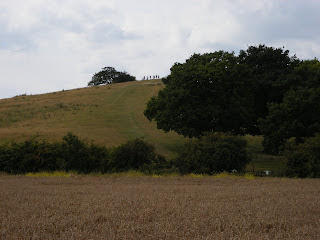 Getting nearer to the hill 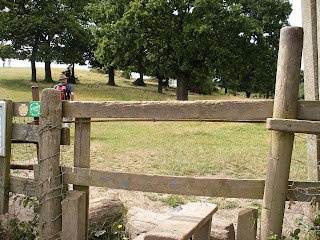 But first over the stile 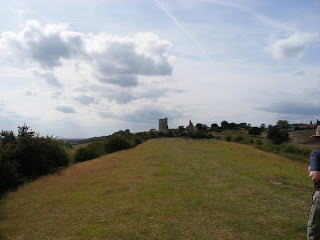 Halfway up the hill 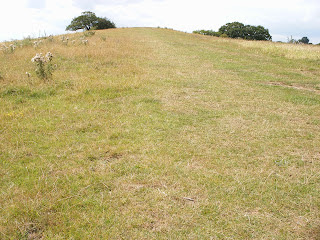 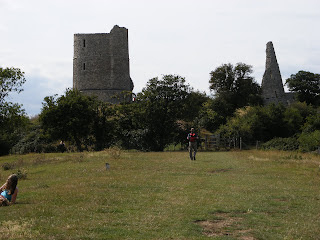 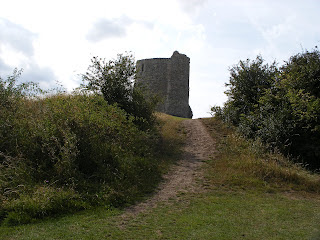 Up the castle mound 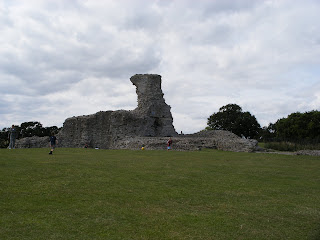 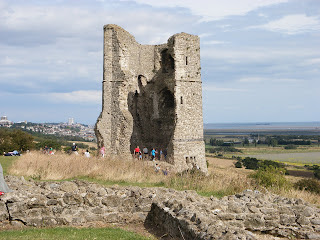 It almost came back 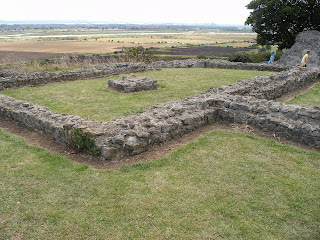 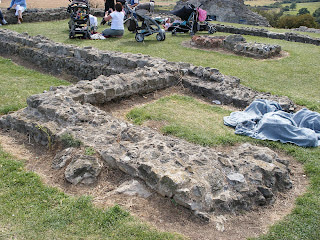 Yes, it was school holidays 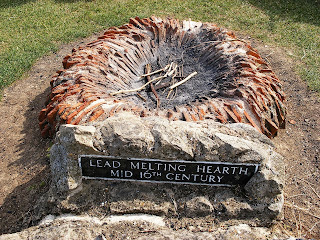 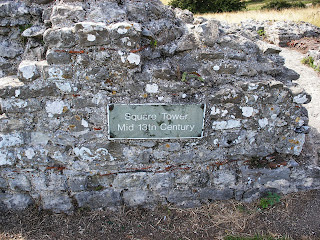 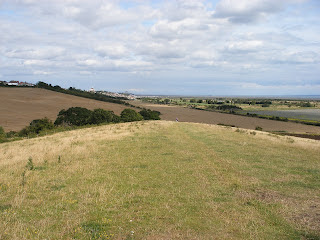 That's it for today - we are on our way back 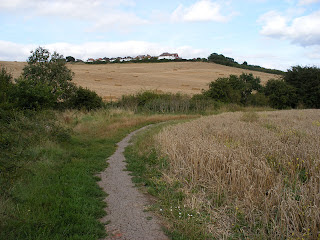 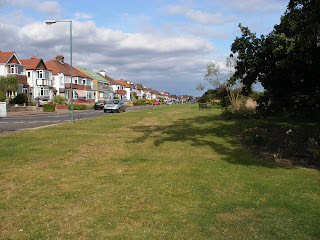 Back along the front to the house

I'm out of breath, but the walk was invigorating. And I love the bits of history I'm learning. You must think all I ever do is read blogs. It's not so. I put my laptop on the kitchen counter and I can blog surf while I cook!

Oh, that was just great. Barbara did you really walk there. I know I never could have. It was so nice seeing everything. thank you so much. connie from Texas

Thanks for the virtual tour and the history behind the castle.

I see that you have your award proudly displayed on your (virtual) mantelpiece!

That was certainly a fun hike through history. Thanks. I'm glad I got my exercise today.

Thanks for your visit. I'm glad you did. I am British - from Guernsey and my husband is the Kiwi. I love History and have always had a huge interest in King Henry VIII since I was a young teen, so I loved seeing these pics and having a read!

That was quite a trek but worth it at the top. So nice to see the sun out there. I hope September will be really great in England this year after such a wet time.

Great walk! The views looked amazing from up there :)

I've never been to this part of the country, but seeing your posts on Leigh and surrounding areas I feel it should be one more to add to my list of UK places to visit.

I don't know about you, but we have a wee bit of sunshine this morning. I wonder if it'll stay all day ...