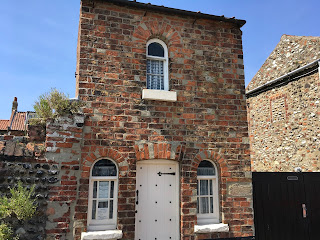 This holiday seems a long time away now, last May in fact.

This cottage is on the edge of the car park in Wells-Next-the-Sea and dates back to 1750. It is a one up, one down (that's two rooms) and was renovated in 1935 as a museum piece. 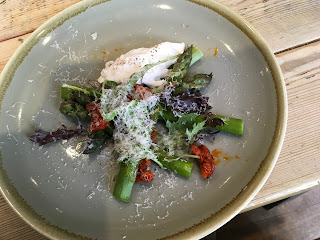 Before we drove down to the beach we went into a pub for a very light lunch and thoroughly enjoyed our choice. 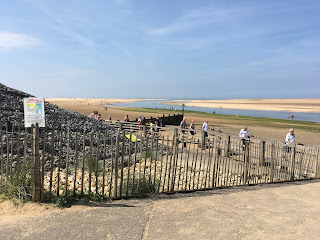 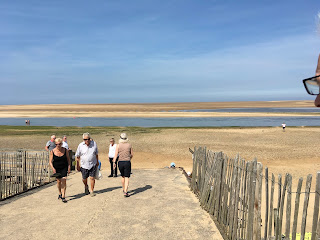 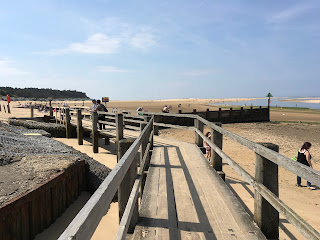 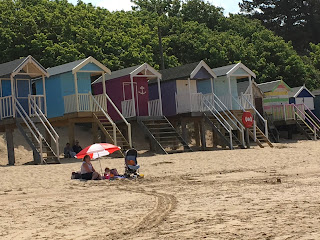 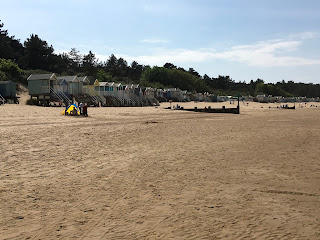 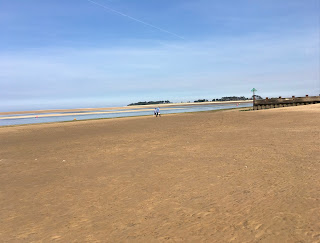 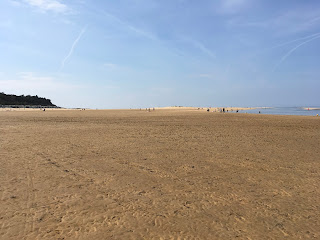 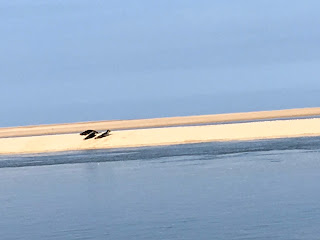 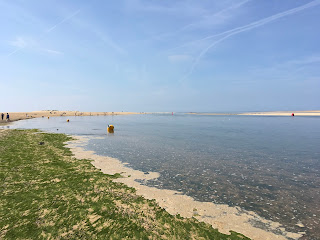 Whilst standing here looking through the binoculars Alan lost one of his new hearing aids. We did not know until we got to The Beach Cafe (next post) and realised that it probably happened when he pulled the binoculars over his head.
We were devastated as the hearing aid cost a lot more than the cost of our week's holiday.
We searched along with someone from the Beach Cafe but how likely would it be to find on soft sand.

No, I Have Not Given Up on Blogging!

Not having posted since December it would look like I have given up on posting on this blog.
Not true, the reason is that I am recovering from a stroke, a TIA. 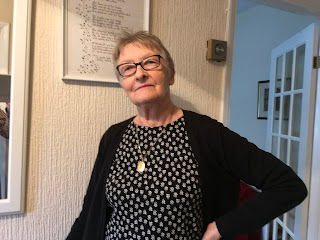 I got Alan to take this photo of me a few weeks ago.
I look normal and no-one would know.

Briefly, it happened probably early December but I did not recognise it. The symptoms were not the common ones and subsided quickly so I ignored them.
As the month went on I found a reason for my bruises, clumsiness and just missing shelves, etc. when I tried to place things.
It was Christmas when I started to have visual problems but it wasn't until (early January) that I went to my Opticians as I felt there must be something wrong with my new lenses that I received late November after my latest eye tests which showed no problems.

After again being tested I left having been told that I had lost a quarter of my vision in both eyes and the only answer my optician had was that I had suffered a stroke. He wrote letters for me and my doctor. However 2 doctor friends said I needed to go to Accident and Emergency as the problem was in my brain and not my eyes.

After many consultations and tests I had a CT scan which confirmed a stroke and I was kept in hospital for observation.
As well as the partial loss of sight I had lost my peripheral vision on the right side and also spacial awareness on my right side.
It was a complete shock.
I have also had constant hallucinations since then but they do seem to be lessening a little.

I am still coming to terms with the fact that it has happened and finding it hard adjusting. As well as the sight the fingers on my right hand can have a mind of their own and I really have to concentrate, hence my not posting before.
Being unable to drive has hit hard.

My husband Alan who is 86 has been amazing taking over looking after the home, etc. while I get my strength and confidence back.
I also appreciate the phone calls, cards, E-Mails and help from friends when needed.
I'm told it will take 2 years for sight to return (if then).
I know I am blessed, it could have been worse.

I have begun a post from last years Norfolk holiday but will leave it for today I have had enough typing.