The Bodleian complex houses the library and the School of Divinity. The library was built as a Divinity School in the 15th century. Prior to that the first library was housed in the room above the Old Congregation House and begun in 1320. Divinity was considered the most important science at the time. In fact nobody could have a degree in any subject without passing in Divinity.

We visited Duke Humfrey’s Library. Originally a library of manuscripts only, it had a collection of scholastic and legal texts and a remarkable presentation of the Humanism of the Italian Renaissance. It was restored and brought back to magnificence by Thomas Bodley. Many of the books in this library are chained up as they are so valuable. The library is still used by scholars today, but obviously only with a special pass. I wish I could have taken photographs as it is impossible to explain what it was like. We were not able to get near the books but just looking and sensing the atmosphere was quite something, to me anyhow.

There are 8 million books in the Bodleian Library at present, and this includes the New Bodleian Library which in comparison is a nasty modern building. The oldest manuscript kept here is dated 527 BC. The first printed book is The Life of John the Baptist printed in 1599.

Oxford University examinations first took place in this School of Divinity. It is a masterpiece of Gothic architecture. The ceiling contains 455 bosses in which religious symbolism appears alongside monograms and shields commemorating benefactors and other persons associated with the building.

The Tower of the Five Orders. This is an impressive tower which today holds the archives of the University. It displays the five classical orders of architecture (starting at the bottom with the most ancient): Tuscan, Doric, Ionic, Corinthian and Composite.


The Statue is of William Herbert, 3rd Earl of Pembroke, Chancellor of the University and Bodleian benefactor.

Around the quadrangle the doors still have painted over them names of the schools to which they formerly led. They represent the curriculum of the early 17th century. The seven Liberal Arts.
(The Trivium: Logic, Grammar, Rhetoric; and the Quadrivium; Arithmetic, Astronomy, Geometry, Music), the Philosophies, and Languages. Scholars had to study and pass in all of these subjects. No wonder there were some such brilliant minds in those times. 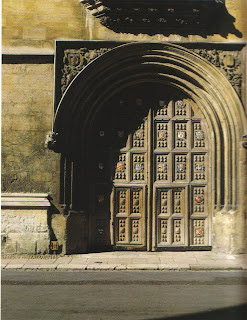 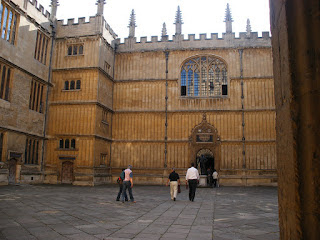 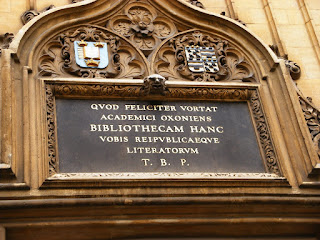 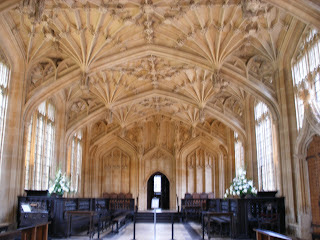 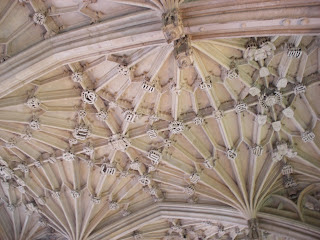 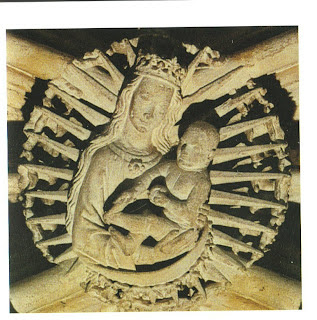 Close-up of a Boss (scanned image) 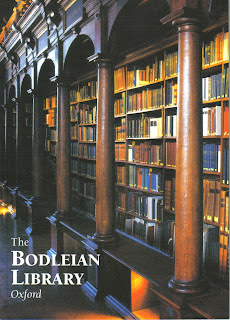 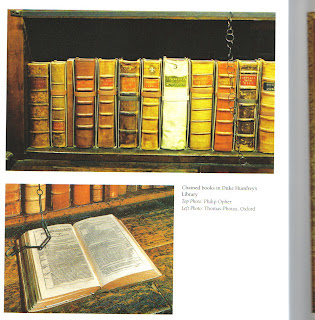 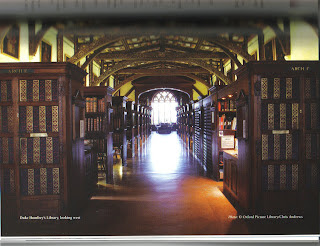 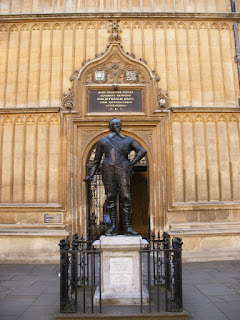 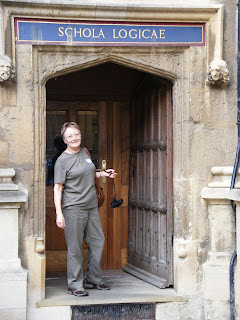 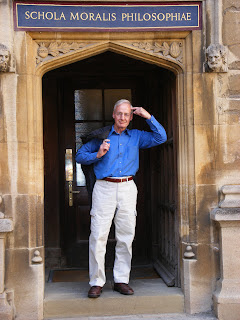 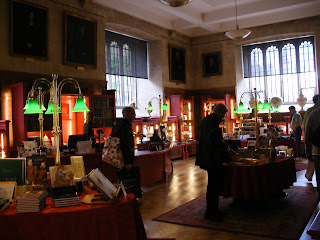 Thank you for the wonderful tour. I have read Dorothy Sayers' Gaudy Night where Harriet Vane is studying in the Bodleian and I hope I can see the inside of the library some day. The classical education was truly comprehensive.

That architecture is stunning though.

Thank you for your interesting tours around Oxford (this and last post). It gives the feeling of having been there again....
Barbara

How beautiful and thanks for sharing.
The photographs are lovely.
Love Jeanne ^j^

Thank you for the interesting tour!
I fall for libraries. :-)

I saw something on TV the other night about Oxford and immediately thought of you!!! What a joy to be able to visit all these places.
Susan

Oh, wonderful! Thank you so much! I enjoyed the tour!

I especially like the "Barbara the Logistician" (is that a word?), and "Alan the Philosopher" shots! A great sense of humor.

Just finding the time to ride bikes and cooler temperatures....it's been in the high 90's here and last week 100 plus F.

Barbara, how blest you are to have such a wondeful place that you can visit. I hope you have a very happy weekend. connie from Texas