At last I am beginning to get some Oxford pictures and history together.
I have made a start with some general pictures of Oxford.
I will follow with pictures of some of the colleges.
They have the most beautiful architecture and beautiful gardens.
I will also post on the Bodleian Library and the University Botanical Gardens.
I think you may also enjoy seeing the lovely place where we stayed amongst other things.
So stay tuned


The origins of Oxford are not actually known with any certainty, being as they are, shrouded in the mists of time, but various ideas have been submitted (and disputed) regarding its genealogy.
Medieval historian, John Rous wrote in his 1490 work, 'Historium Regum Angliae', that Oxford was originally King Mempricius' city, Caer-Memre, built on the River Thames somewhere between 1400 and 1500 BC. However, other historians from Rous' time were more inclined to support the popular legend that Oxford was in fact founded by the Trojans, after they landed on British soil in around 1100 BC.
Archaeological EvidenceWhilst there may be no definite historical basis for John Rous' claims or for the Trojan story, there is some evidence of a settlement in Oxford possibly as early as 4000 BC.
Archaeological finds of Neolithic arrowheads and other remains from that period have been discovered in the city, and although no specific or more detailed evidence exists of an actual settlement at this time, it is known that a large Neolithic population once resided in Oxford.
In addition, a more permanent settlement between 2000 and 700 BC is suggested by evidence of Bronze Age barrows in the area.

Oxford, The City of Dreaming Spires, is famous the world over for its University and place in history. For over 800 years, it has been a home to royalty and scholars, and since the 9th century an established town, although people are known to have lived in the area for thousands of years.
Nowadays, the city is a bustling cosmopolitan town. Still with its ancient University, but home also to a growing hi-tech community The centre of Oxford is dominated by the University colleges, the most famous being Christ Church, Trinity, and Balliol (from a total of thirty six).
.At the south end lies the recently restored Martyrs' Memorial which commemorates Archbishop Cranmer and Protestant Bishops Latimer and Ridley who were burnt at the stake in Tudor times by the Roman Catholic Queen Mary. A cross in the road outside Balliol college marks the actual spot of the execution.
As early as the 11th century Oxford was the largest city outside of London.
Taken from the City of Oxford Website 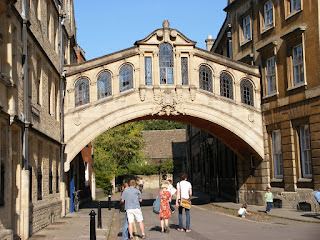 The Bridge of Sighs 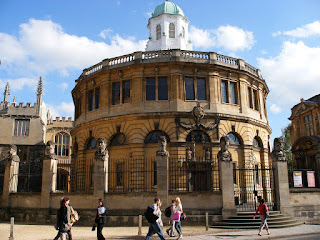 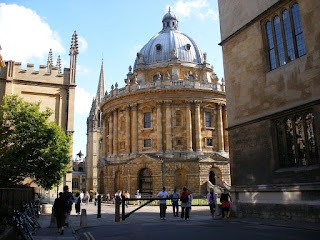 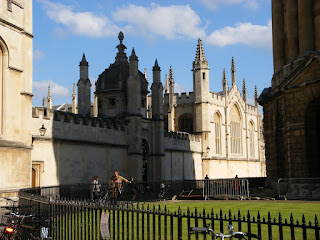 Some of the hundreds of spires 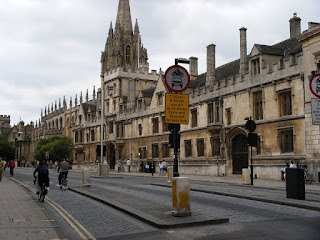 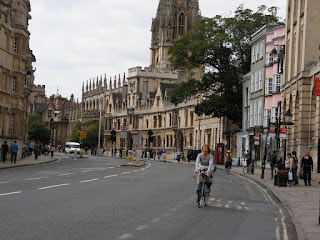 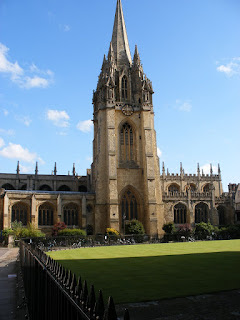 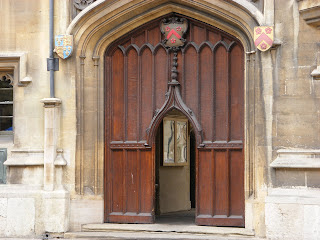 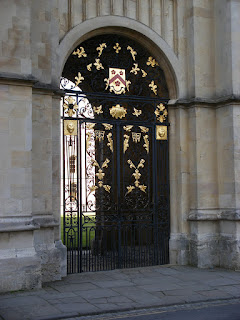 Gate to All Souls College 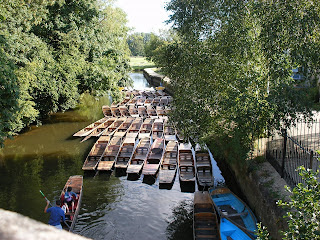 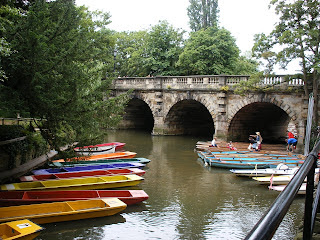 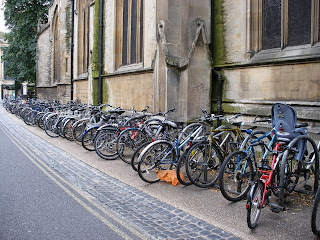 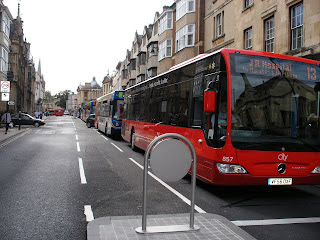 The City's buses as far as the eye can see 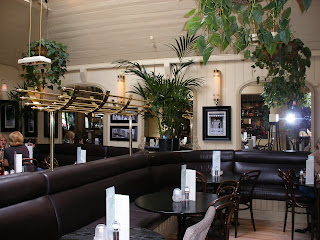 Brown's Restaurant where we ate lunch

Thanks for the history lesson. You've certainly whetted my appetite. Perhaps once we've moved......! :-)

Good to see Janie's back. A worrying time for all. PTL!

Thank you for a little view into your visit. I've long wanted to travel to England.

Looks wonderfully delightful!! I love the old buildings. They don't build like that any more.
Susan

WOW! Stunning place to be - how lucky!

I was in Oxford years ago and still remember the beauty of the architecture. One memory of my time there was eating lunch at a chinese restaurant (the only good food we could find those many years ago) and in walks a girl that I went to high school with. It can be such a small world.