At last I have got around to beginning to finish my Oxford posts. There are another 5 after this one on Magdalen College
The College of St. Mary Magdalen is one of my favourites. The combination of architecture, gardens and history, added to the fact that it borders the River Cherwell, all make it rather attractive to me.

The college was founded in 1458. The Porter’s lodge brings one into St. John’s Quadrangle, named after the hospital of St. John the Baptist, which occupied this site from 1180. The hospital was absorbed into the college and much of it remains, including the Old Kitchen and in the walls along the High Street.

Passing the Chaplain’s Quadrangle, The Great Tower and The Chapel, one comes to the Cloisters and Hall. The Cloisters are very picturesque and I can just see in my mind, scenes from the film, Chariots of Fire. Walking through the bar one comes out onto the riverside and some beautiful gardens.

Magdalen has seven Fellows who have been awarded Nobel Prizes in Medicine, Chemistry, Physics and Literature but the main interest for me is the fact that this was the college of C.S. Lewis. This is just a taste, for as you can imagine there is far too much history and information to go in a blog. 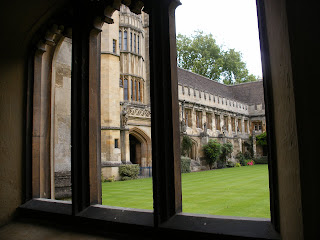 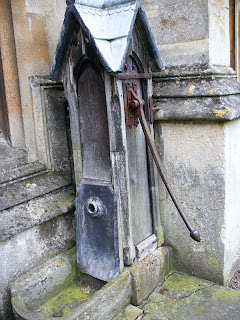 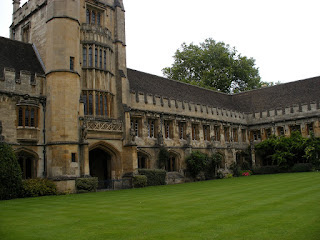 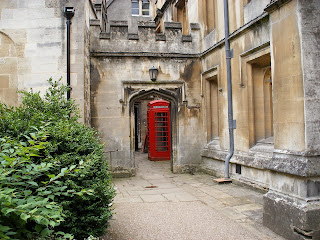 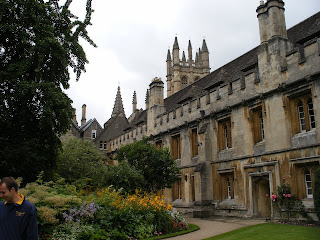 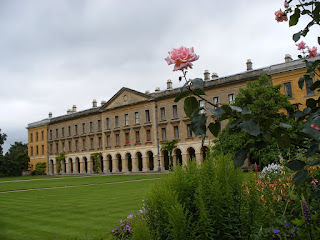 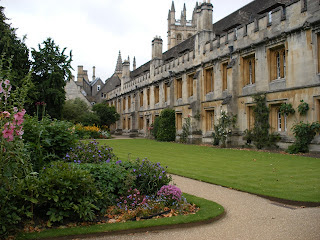 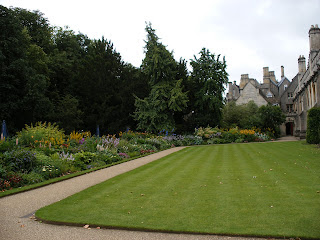 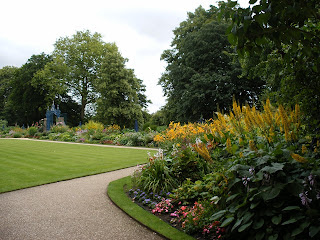 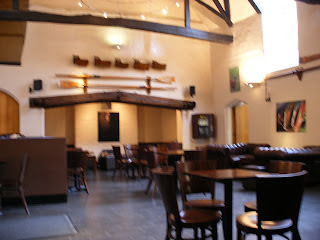 What a beautiful place, gardens and buildings alike.

I always feel that we pale in comparison. Our history is so impressive to us, and we are only just over 200 years old. Then we see yours, and all of Europe, and realize we are just babies.

You do such nice history lessons for us and always with lovely pictures.
Susan

I was in Oxford once for only a few hours, all in the evening. So I didn't get to see much of anything of the colleges. I certainly look forward to seeing 'with my own eyes' the wonderful places you are showing us.

Thanks for the continuing tour of Oxford. Your photos are fabulous. I'm wondering if you'll be doing anything on Christ Church and Tom Quad...all I know of Oxford is from Elizabeth Goudge's autobiography The Joy of the Snow, and her novel Towers in the Mist. All very outdated now, I'm sure...it's romanticized in my mind. Perhaps one day I'll be able to see it in person, but in the meantime I certainly enjoy your little tour with photos.

I enjoyed by walk to Hadleigh Castle....

What is the second picture down at Madelyn? It took my eye.

Your posts are always so informative.

Oxford is such a beautiful city. I have only ever spent one afternoon there, but would love to return one day and explore further.

Everything is so wonderful and old. The pictures are just beautiful and I am so glad I came over in time to see them. Hope you are doing well. connie fromTexas

There's something so calming about your photographs, Barbara, that invite strolling. Thanks for sharing your visit with us.

Lovely photos. Thanks for sharing.