God's ways are not our ways 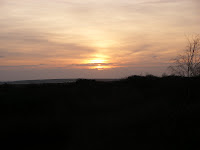 Light and Darkness
I turned on my computer this morning and all I got was the sound of beeping and nothing else, just a constant whirring sound inside. Oh! no. Crash! Lost everything? How? Why? Did I do anything wrong? It was fine last night! Virus? What have I backed up, what have I not backed up? How long before it's fixed? So, after going through this scenario I phoned Dell Support.
The next hour or so was taken up with me pretending to be an IT engineer, or so it felt like. I was instructed to take the side panel off, find the memory cards, take them out, move them, put them back in a different place. Change them over again into the original place and all the time turning computer on and off, unplugging and reading the colours and letters on a little screen just above the on/off control that I did not even know was there before. Apparently this was the way that Dell would know if a part needed replacing. Fortunately in the end, when everything was returned to it's right place, and all the instructions followed, I have a normally functioning screen. What happened? Apparently sometimes our computers do not recognise the memory cards, and no, I do not know why.

All those plans to make an early start to continue with the spring cleaning gone out of the window.

This brought to mind a time when God made it very clear to me that His ways are not our ways and our plans not always His plans.

At the time I was staying in Louisville, Kentucky for a month. During that particular visit it seemed that nothing had gone right. I developed a severe cold on arrival (probably the airplane). The conference that I had gone to be a part of went well but then my hosts needed to leave town. Another friend that I could have stayed with became very unwell having recently returned from Africa. My daughter who had travelled over with me for the first 2 weeks was invited to go and stay in LA. A relative of my host who kindly invited me to go and stay at their place became ill, as did the husband and daughter. Having talked on the phone with my husband in tears in the wee small hours it seemed right to go back to the home of my original host. I drove back in their very kindly lent Explorer and was shocked later that day when I found a snake in the family room. One does not see things like this in England. Fortunately at that point I had invited a friend over from Toledo, Ohio for the day. They knew exactly how to deal with the snake.

In bed that night I began to wonder if I had been meant to make this trip and as I lay wallowing in fear and self pity I began to hear God speak to me. This is what He said:

God’s ways are not our ways. So often we make what seems like perfect plans, only to find that nothing works out the way we thought it would. Everything seems a mess and we think that we are in the midst of complete and utter failure. Then what?

Once we get our eyes off the situation, and look to see what God is saying to us, the Spirit comes pouring through with fresh enlightenment, and we start to see the situation/problem through God’s eyes as we say that this was meant to be, this is His planning – not our failure (it’s like we are busy making the arrangements while God is busy making the plans). God’s got our attention again, the burden is lessened, the struggle is over and we can watch and see how God works the situation out.

Thanks for dropping by my site. I loved this post. I see we are kindred spirits!!! except you handled the phone call with Dell and I would have freaked. You must be much more computer savy than I am. Of course, anyone is more computer savy than I. Fortunately I have not one, but two, sons who are IT specialist and Network Engineers. They still find it hard to believe their mother actually blogs!!:o) I'll be back a lot more. So glad to "meet" you.

This is when I am glad that my husband knows computers like the back of his hand :)
Your words are wonderful and refreshing to my soul. How often don't we get our lives all set only to find that our plan was not His plan? I don't think I would have handled the snake so well either!
God is so good and so loving. I love it when He comes to me and reassures me of His goodness and His constant faithfulness to orchestrate my life for me. He reminds me that I can let go of the wheel and He will do the driving for me. I may shed tears along the way, but He promises to dry them for me as well.
Thanks again for the wonderful reminder of how great our Lord is.

Barbara, I am so tickled that you and your daughter will enjoy the knitting patterns. I think all the patterns are just knit and purl so they will be quite good for a beginner. And I have the post on "Real Mums" done for tomorrow. Look for it! And thanks again.

Barbara,
You really are computer literate. Way ahead of me......

I think sometimes we just don't want to wait on God to work things to our benefit, but we rush ahead trying to make things work like we desire them to be. In the end, it works out so much better when we wait on Him........

Barbara,
I'm so glad that you got your picture worked out!This was a beautiful and true post. We often have plans but God gets in the way and sends us another direction, doesn't He? He always knows best, though. I'm thankful that He is sovereign!

And when we look back and can see His ways in our past, we see that they are perfect.

I am so ver grateful for Him and His ways.

When prayers go up blessings come down.
I love to read everything you share.
Blessings!
Love Jeanne

A wonderful posting - as indeed all that I have read on your site.

So pleased that your pc is working okay, they can be so problematic at times.

I do hope you are enjoying this beautiful sunshine - this weekend.

So wonderful that I am now sitting outside with the book - you kindly mentioned and hopefully become more knowledge on gardening.

Have a wonderful weekend.

such appropriate words for me at this time...thanks for sharing, Nel xo