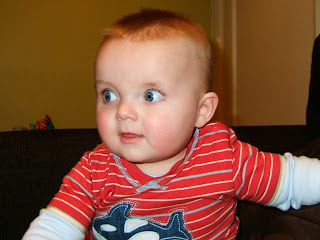 Here are just a few of the things that I have knitted for this dear little Grandson of mine who is now 7 months old. 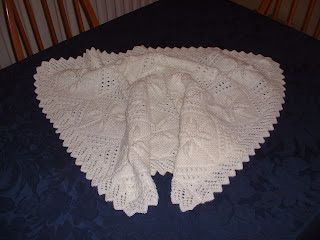 This was the first thing that I knitted for my daughter. I began this pram blanket as soon as Janie got married almost 8 years ago. I just figured that at some time she would have a child. During the childless years that followed I had plenty of time to knit. Obviously not knowing what sex my Grandchild would be I had to knit things that would suit either although deep down I felt she would have a boy. 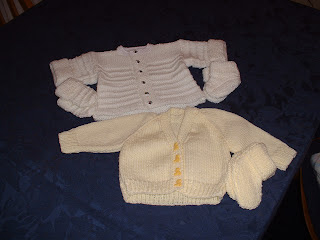 The first size cardigans came next. 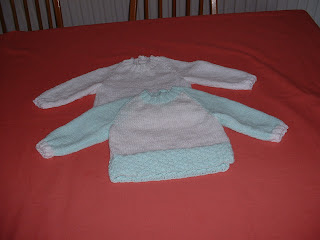 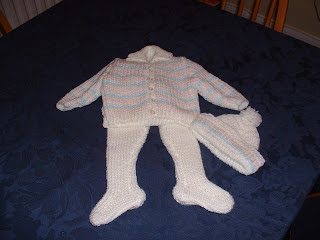 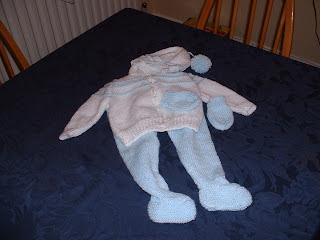 This one was going to have pink embroidery if it was a girl and the next one pink flowers on the pockets instead of blue. 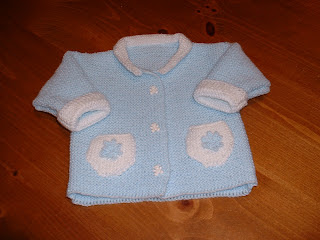 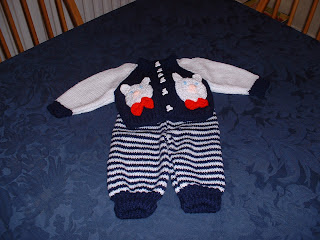 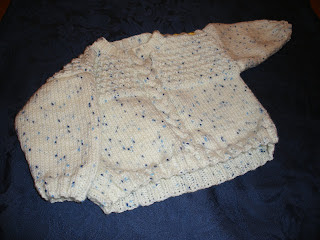 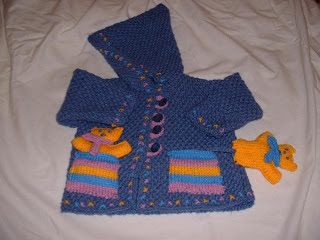 This next one was knitted from wool left over from some of the others and by this time I was knitting for the beautiful boy that was already born. 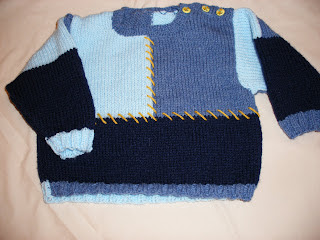 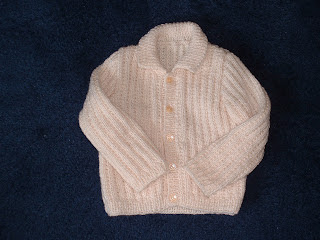 Well I don't know if he got to wear them all, we have had a particularly warm Winter and the Summer was hot. Added to this he was bought so many cute outfits by his Mum and friends and family. Still, I enjoyed knitting them and maybe next time will be a Winter baby.

I just LOVE, LOVE the one second from the bottom. The different blues look wonderful!
Stephanie
www.thewrittenword.wordpress.com
www.mesocrafty.wordpress.com

Baby Oliver with the gorgeous blue eyes has a bigger wardrobe than little old me! I guess you have to be young, cute and have amazing blue eyes....haha.
Beautiful knitting...they are all wonderful. I'll drop in again this weekend to read your blog. It's getting late here now -bedtime. Thanks for visiting my post and nice to have met you.

These are so sweet and my favorite is the blue one with the teddies! It`s adorable!

As much as I love to knit and I do, there is nothing that brings more joy than knitting for a baby or infant. Love the blanket and the cardigan with the little teddies so sweet. Janie needs to post pictures of him wearing these for us to see.