What a Tearoom! Lavenham Part 7 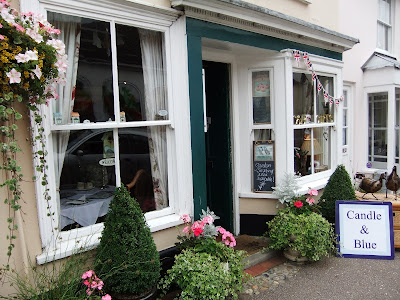 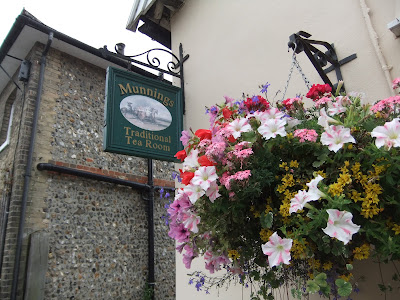 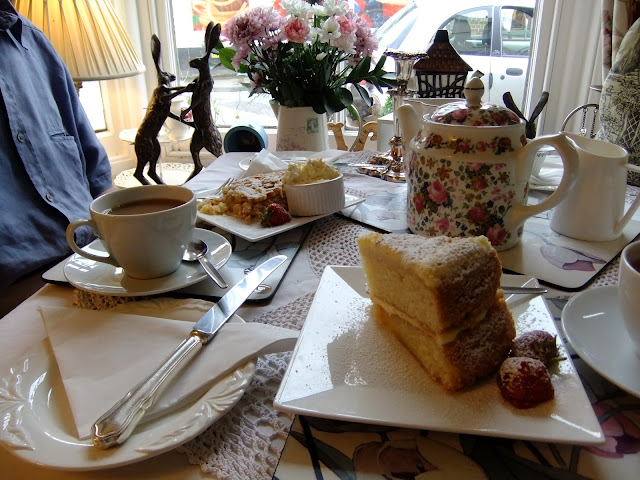 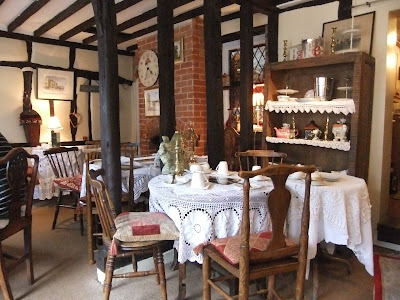 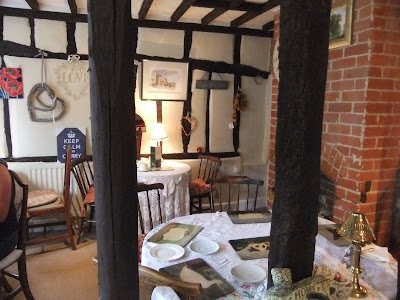 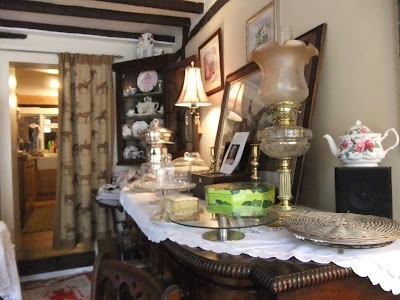 It was a fascinating place and it was hard to tell just what was for sale and what was 'part of the furniture!'
The kitchen was in view behind the curtain 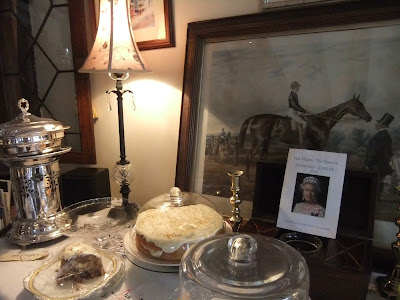 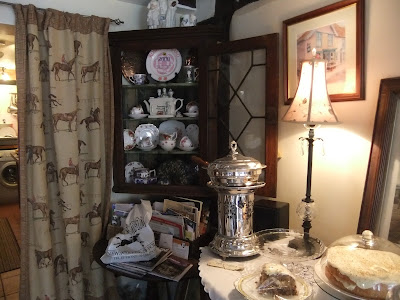 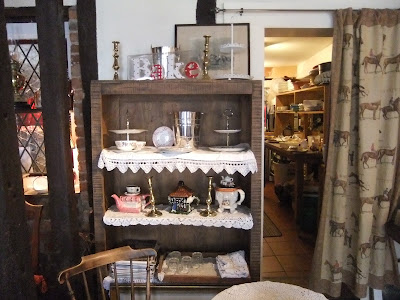 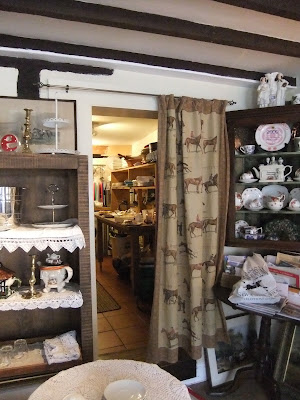 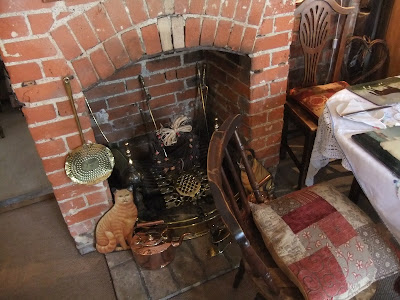 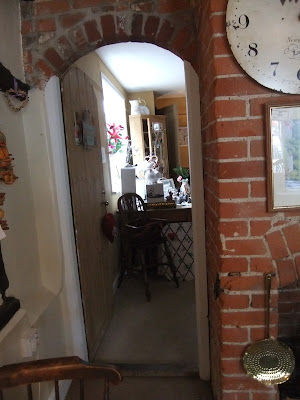 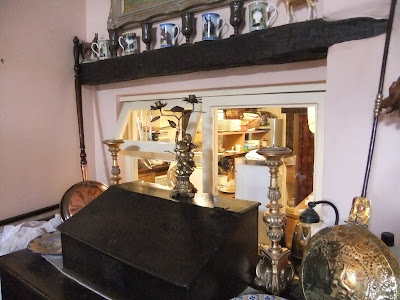 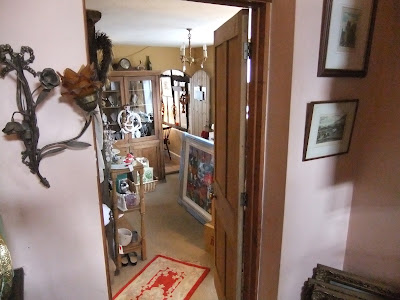 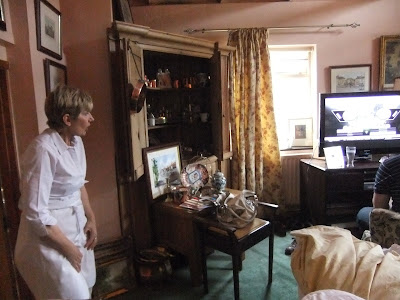 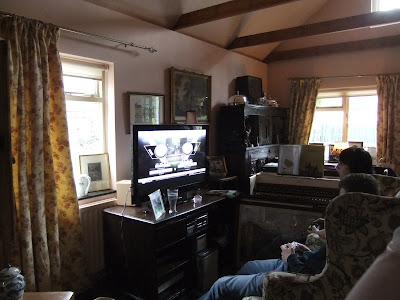 I think one would say it was a place where a home, shop and tearoom meet, the margins being very blurred 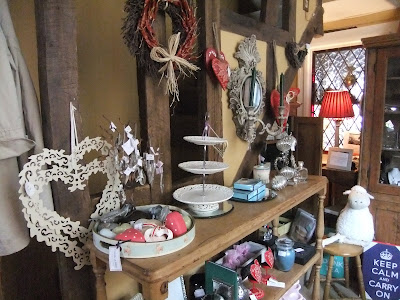 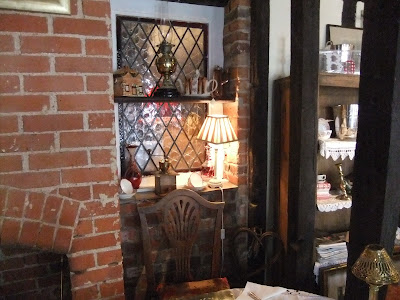 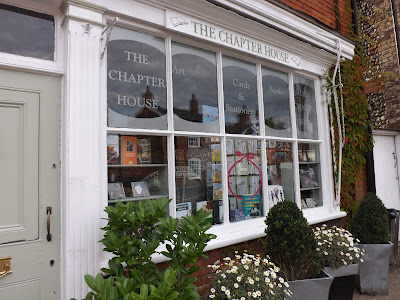 I did mention in an earlier post that there were many tearooms in this one village and even the wool shop and butchers combined a teashop and/or tea garden.
This one was right next door to our cottage, a book and card shop with a tea area at the back of the shop 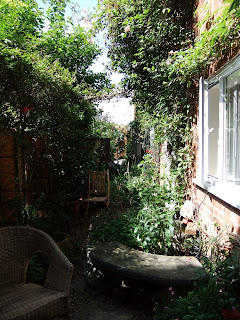 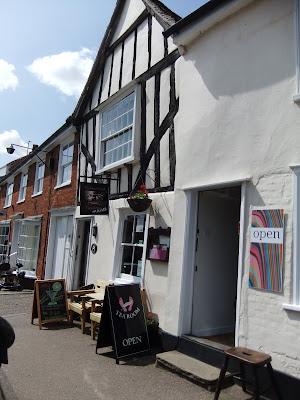 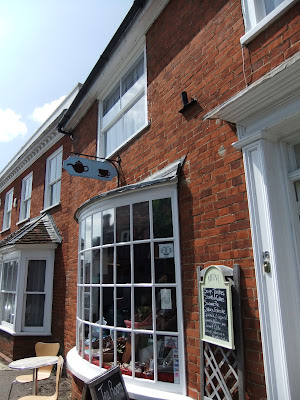 and another situated in a kitchen gadget shop
Never come across so many (including the ones in previous posts) in such a small area in my life!

That looks like the perfect place to sit and enjoy tea and cake.

And to think how we must search and search for a tea room. They are very rare in my corner. I have to travel thirty miles to find one. That's why I'm hoping that when the tea room opens here in town, it'll be well received.

This one looks very charming indeed and you did well with your selections. I'd like a bite...

There are a LOT of tea rooms there. And I love the cakes you showed. Mmmm. I can see why that one was your favourite.

It looks like you had a wonderful time visiting those tea shops. A good cup of hot tea will hit the spot here today as it has turned quite chilly. What a change from the hot days of summer.

So welcoming and rich in wood and atmosphere. What a special town~
xx
julie

I love the English tradition of tea. We have a small tearoom in a town several miles awsy.I go there occasionally. We are getting an new McDonald's here in our town :( I would much rather it be a tea room/bookstore. I really enjoy looking at your posts...especially ones about your traditions.
Balisha

What a lovely tearoom!

Delicious Barbara...both the tea and the tour.

We actually have one in our small town and they serve the best little sandwiches and cute desserts of course with the yummy tea!

It would be fun to visit those shops, I think, Barbara. Thanks for posting about them. I like visiting our tea shop about four miles from our home. There are few tea shops around us, but many Starbuck's coffee shops
which also serve tea, but not as charmingly as the shops you showed :)

I think I would happily live here going from tearoom to tearoom,oh the weight would just pile on! Beautiful pics!

Your photos are making me miss
England. Did you say wool? I knit and spin! How exciting!

What an amazing place! I love tea shops - I think I would have liked to run one!

What a delight to the eyes and tastebuds. I never know how to order when there's so much to choose from. Your lemon sponge looks absolutely gorgeous.

I missed this post. Boy! would I love to have tea and a scone
in this place. Such charm.

have a fun day
yvonne