Away from generally wandering around Lavenham and homing in on some places of interest, the first being The Guildhall.
Built about 1530, it is one of four guildhalls that once existed in Lavenham. The Guildhall and the two adjoining buildings together form a section of an  early Tudor street. 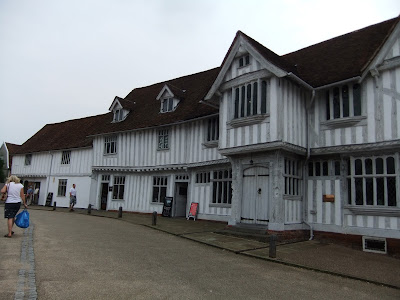 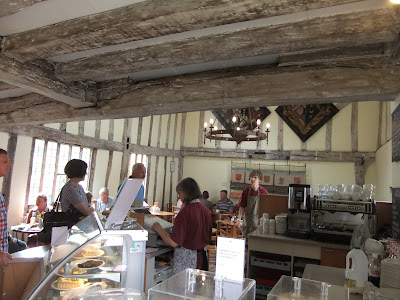 The building is now owned by The National Trust and the tearoom at one end is a rare example of a Tudor shop, goods being traded through the two arched windows, and the Guildhall itself demonstrates the skill of the late mediaeval carpenters and wood carvers.
The primary objects of Lavenham gilds were religious - they were not trade associations. The gilds were dissolved at the Reformation. During Queen Mary's reign, in 1555, prisoners were housed in the building and from 1596 to the late 1600s it was the Town Hall, afterwards becoming a prison which closed in 1787. Later, it served as a workhouse, an almshouse and, in  the 19th century, a wool store. 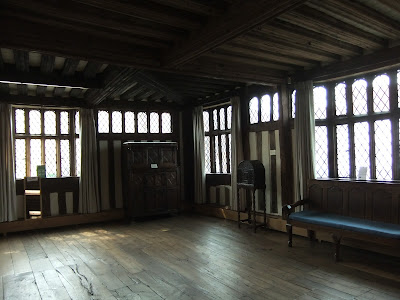 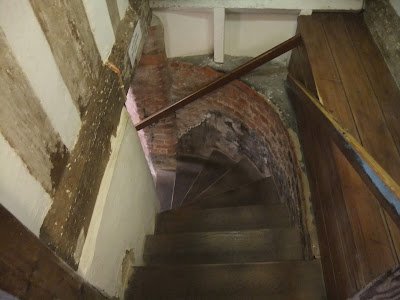 and first down  into the cellars 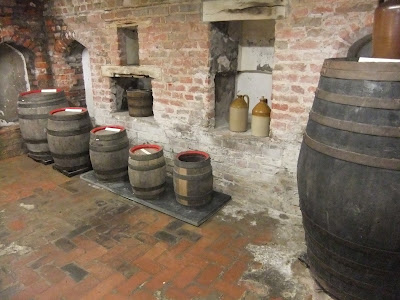 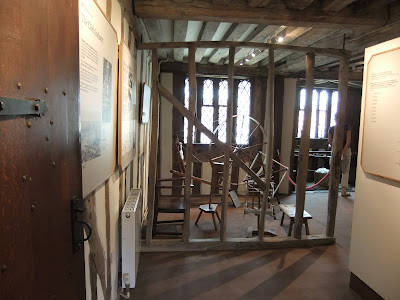 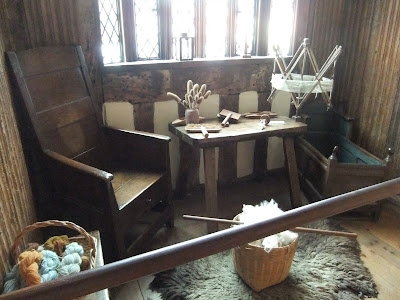 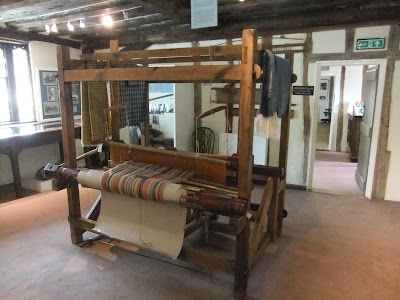 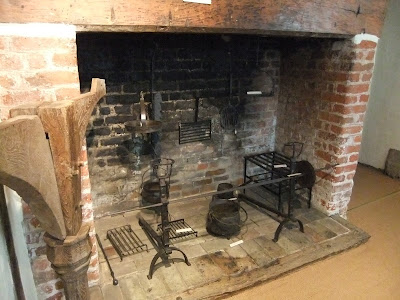 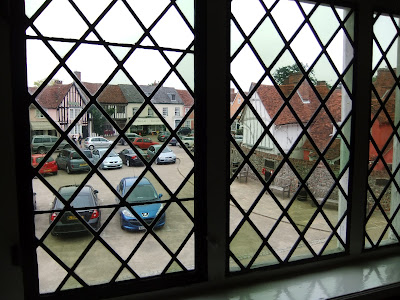 looking out onto the Market Place 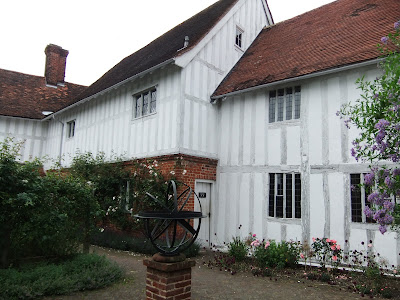 then out into the garden at the back 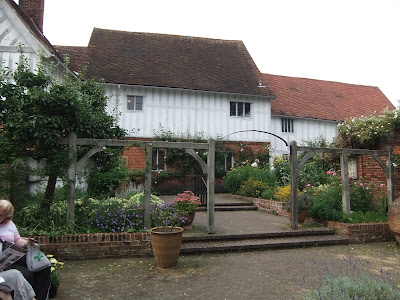 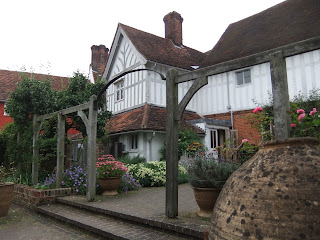 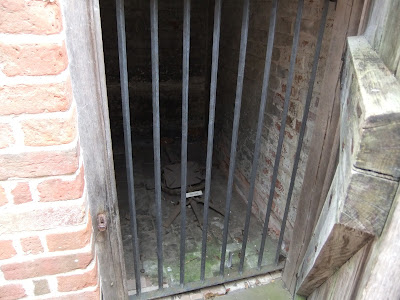 here we see remnants of the prison 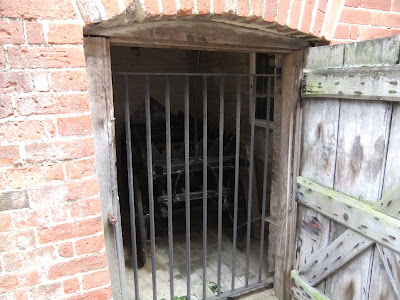 and here the mortuary with funeral cart

It is a beautiful building, and looks like a very interesting place to visit. I do enjoy these quirky buildings where nothing is level.

That is beautiful! I am so glad that they have restored it so beautifully. Those stairs look deadly!!!!!

Another wonderful tour... thank you!

So I showed this one to my Hobby, and he and I decided that in America it probably would have been built and torn down at least 10 times since the first building. How we waste! Love, love, love that it is still in use, even if it is only a museum - and tea shop. Thanks for sharing your pics, Barbara. Always love your tours.
Hugs

I am surprised by many of the windows and the size of them. They'd let in a lot of light. Very intriguing tour...what a fun place to work I would think.

I loved these photos, very intersting!

That is an awesome loom. And I love the front garden.

It is so amazing to think of all the living that has happened in and around the buildings you photographed...gardening,building, cooking, crafting, imprisoning, dying...a cycle familiar yet a bit different than our own.
Thanks for posting, Barbara!

Woowh. I love the photos. I especially love the great wheel, carders and the loom.

Just think what stories all those ancient timbers could tell! If only they could talk...