It is sometime now since I said that I would do a post on the homes of Sir Winston Churchill
but at last I have got to it.
We have visited a number of times over the years as it is only an hours drive from home
but our last visit was last Summer 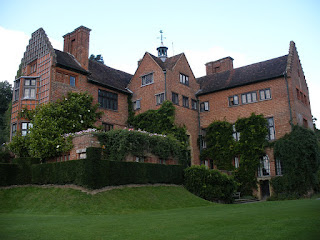 This house was bought by Sir Winston for its magnificant views over the Weald of Kent to Sussex
It was the place from where he drew inspiration from 1924 until the end of his life.
The rooms and gardens remain much as they were when he lived there with
pictures, books, maps and personal momentoes strongly evoking the career and
wide-ranging interests of this great statesman.
The terraced hillside gardens reflect the importance to Churchill of the landscape and nature.
They include the lakes that he created, the water gardens where he fed his fish, Lady Churchill's Rose Garden and the Golden Rose Avenue - a golden wedding anniversary gift from their children which runs down the centre of the productive kitchen garden.
Many of Sir Winstons paintings can be seen in the garden studio.
I do hope you enjoy this visit
The food is always good there also
On our last visit we had
Minced Beef with sliced chicken, mushrooms, prunes, dates and cinnamon
topped with a creamed potatoe (plus vegetables of course)
It sounded unusual but believe me it was declicious 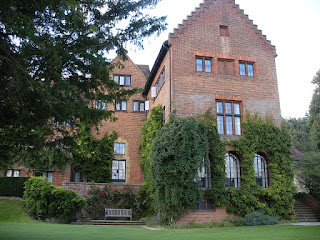 The house
The only room in the house that one is unable to see is Winston's bedroom. This is because it is too small for a host of tourists. It only holds a bed. It is situated off his large study where I guess he spent most of the night hours as he only slept for 4 hours a night.
His wife Clemmie's bedroom is large and very feminine with a four poster bed 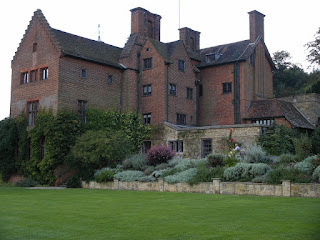 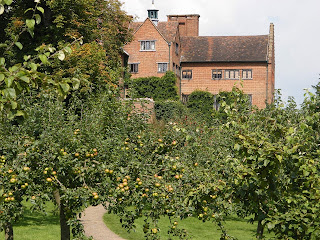 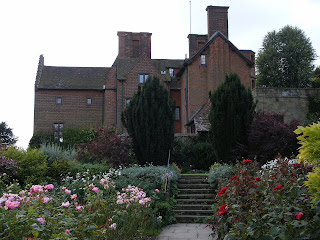 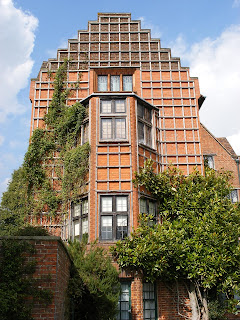 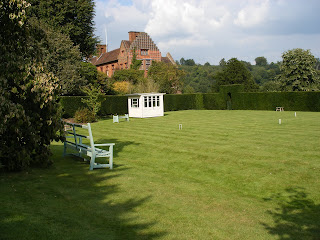 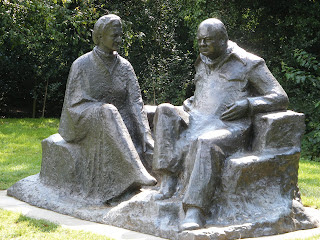 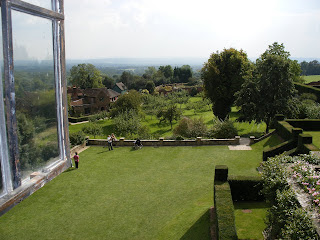 Looking over the Kent Weald from inside the house 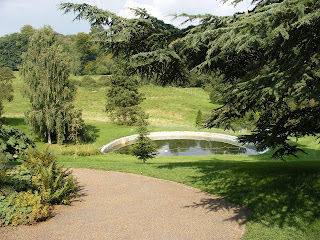 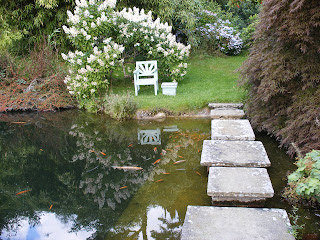 The chair where Winston sat to feed his fish 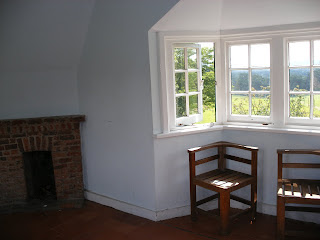 Inside the children's play house 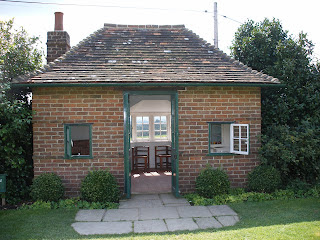 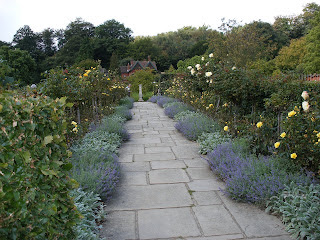 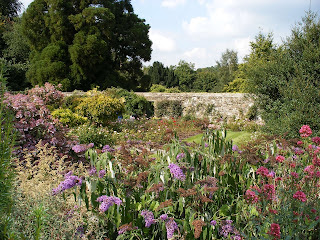 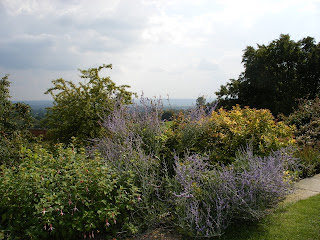 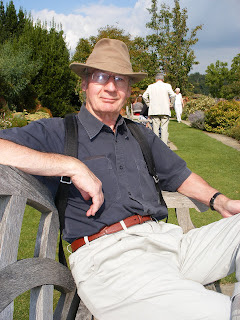 Alan on the upper terrace 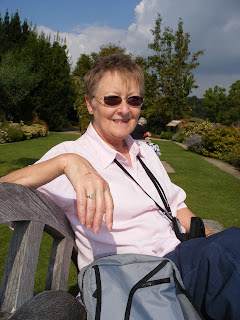 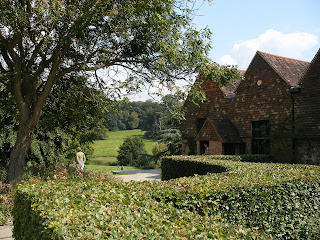 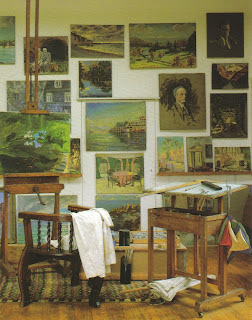 I will post on his ancestral home Blenheim Palace shortly

A truly incredible home...hope that everyone takes advantage of clicking on the photos to see the details. I love the trellised end of the house photo because it looks like a giant waffle. (Perhaps I'm hungry!) Very nice photos of both you and Alan. Thank you for sharing your world with us! (I have always deeply admired Winston Churchill. I wish the world today had another just like him.)

Ah, truly British charm.
Thanks for the tour.

You are quite the tour guide my lady! I feel like I've visited without even stepping foot on those lovely grounds. Thanks for taking the time to show us you lovely country!

Thanks for the visit! I must get there sometime. Is it National Trust?

Sir Winston Churchill is one of my heroes because of his leadership of England during WWII. I thoroughly enjoyed touring his home with you! Thanks.

Love, love, loved it! I saw a movie based on his life (the gathering storm), so it was neat for me to see where he lived. I loved the golden rose path. The border of lavender (or catmint) I'm not sure which is gorgeous. The pond where he fed his fish, I could just imagine him sitting there. My dad has a pond with fish like that and he is constantly plagued by racoons and egret. The funny thing is, my dad lives in the suburbs.

Barbara,
I am just a few miles north of 34 degrees north latitude. Sara is 60 or 70 miles south and a little east even though she is actually a little closer to the ocean (1 or 2 miles). The SoCal coast curves and goes almost east/west near my town. The mountains are a different group. I am not sure what mine are called, hers are the San Gabriel Mountains.

Barbara!
What a lovely post!Your country is so very lovely.Reminds me of where we live in Oregon.What a talented man Winston Churchill was.I loved this tour of his home and garden,etc.Truly wonderful post.
Blessings~Sharon

How interesting to learn more about the man and not just as a statesman. What a wonderful home, full of beauty and charm.

What an incredibly beautiful place! Can you imagine living in a place like that? Wow!

Thanks for the hint to click on the photos Vee.
I love that this man painted as well as ran a country.
We got a chance to visit Blenheim when we visited England. I couldn’t get over the gardens. Well, it was a park really. I am looking forward to your tour.

That is fabulous. I didn't realize that you could visit his home. It definitely looks worth the visit.

thank you thank you for that wonderful tour, Barbara! I didn't know WC had a rose garden. And I think I recalled that he painted. From what I could see of the postcard, they look quite nice.

A very interesting post - thanks for the tour! I recall seeing on TV a couple of years ago an article about this granddaughter, who is also a painter and I think sculptor too. I think she lives in New York.

I would so love to go on one of these jaunts with you :o)
Susan

What a wonderful tour, Barbara. Your photos are so good, I feel as if I am there, and I never left home! The tour of your daily walk, I felt like I was there... all of your tours are that way. I really appreciate them. I am eager to se the Blenheim Palace, tour. Oh, and welcome to my blog. That post you read was a comeback post and longer than most, though I can and often do get carried away.

This looks like a very interesting place to visit.