A week of blue sky brings out the gardener in me. I have not done anything in the garden since October so although bitterley cold it was good to get out there and make a start. We have cleared all the roses from the bed at the front of the house as they were past their best and becoming deseased. This week I was able to plant 9 shrubs in their place. (You cannot plant new rose bushes in the same place you have had old ones or they will take up the deseases of the old ones)

We have also cleared out and dug over my herb bed. Herbs do get straggly and woody and it is best to start again every few years. I have had ornamental herbs as well as culinary ones but decided this time to plant only the herbs that I regularly use. It will be a little while yet before a good selection will be available but the ground is all ready for when they are. I also used some of this space to plant 2 minature rose bushes. One of these is called Golden Wedding so you can guess which celebration that was bought for.

So good to get the laundry out blowing in the wind too after months of tumble drying. 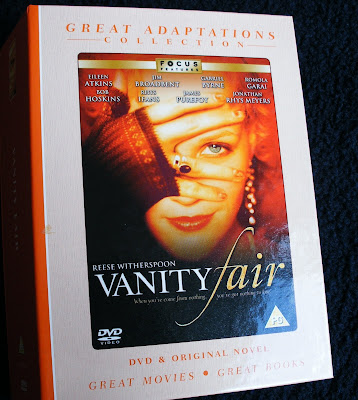 Another achievement for me this week. I have managed to finish reading Vanity Fair.
768 pages in such tiny print. I have some DVD/Book sets of a number of the classics and having watched the 3 hour DVD while resting with a cold mid-December I was inspired to read the book. Two and a half months later I have finished it. I always have a number of books on the go at once so just kept this for reading in bed.
Although I have most of the old classics it is years since I read one of them. I was so taken with the quality of writing and how clever these old writers were. This particular author William Makepeace Thackeray impressed me with how he writes about the same situation from the viewpoint of different characters. 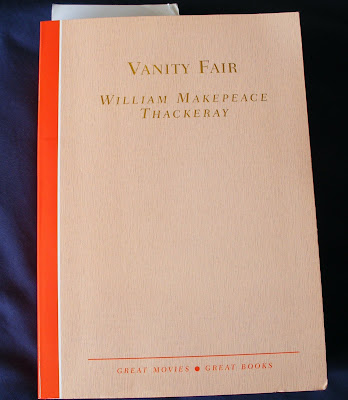 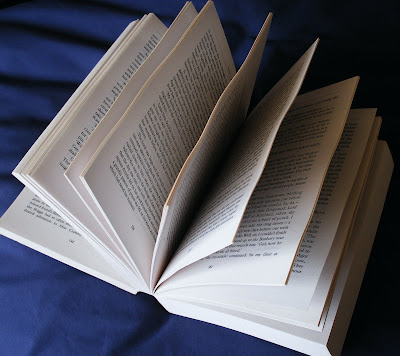 William Thackeray's hilarious and biting satire exposes the greed and vanity behind the elegance of early 19th-century society. Two girls leave school with very different ambitions - wealthy Amelia Sedley wants nothing more than to marry her childhood sweetheart, but low born orphan Becky Sharp is determined to claw her way up the social ladder by whatever means necessary. The dramatic events of the Napoleonic Wars throw their plans into turmoil, but cunning and ruthless Becky soon turns the carnage of Waterloo to her advantage. In Becky Sharp Thackeray has created one of the most enduring heroines of all time, as relevant and recognisable today as she has ever been. (From the cover) 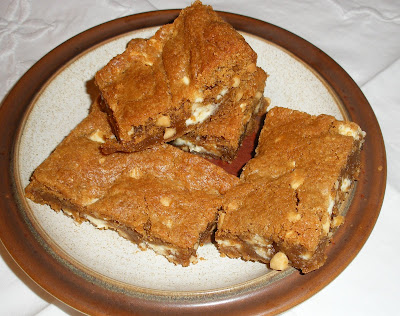 And we have some weekend baking. Indulging again. I have had several baking sessions this week as I am one of a number making cakes for the afternoon tea that will be served at a friends wedding in a couple of weeks after the ceremony before people move on to the reception venue.
Here we see Peanut Butter and White Belgium Chocolate Blondies. A recipe from Rachael Allen's book. 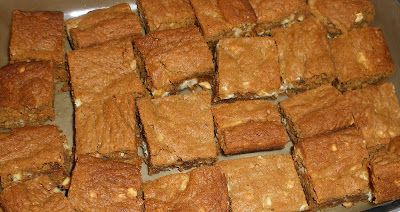 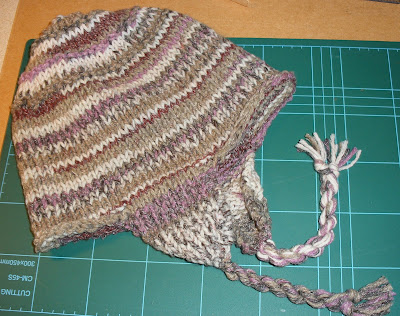 Last but not least, having given up knitting, passing on all my needles and patterns etc., I wanted a hat to cover my ears when out walking in this very cold weather we have been having. Hence the production of an Aphgan style hat! I do not care what I look like I want warm ears.

Something about the light and the time of year has me, like you, itching to get out into the garden. It sounds like you accomplished a lot.

Good for you for finishing Vanity Fair! I've never even attempted it.

It sounds like you have had a very busy and productive week there.

Yes, you are right, vanity has no place when one wants to be warm!!!

I'm sure that you're as cute as a button in that hat. You gave up knitting? I must've missed that. Carpal tunnel? What a lot of work you've done in the garden. I didn't know that about roses or, for that matter, about herbs. It exlains a few things. I just picked up the book "The Virginians" by W.M. Thackeray from the free bin at the flea market. The print is so fine that I'm quite sure I won't be reading it. Glad that you enjoyed "Vanity Fair," though. I'll be sticking with the movie.

You have been hard at work. I'd love to be able to get outside like that but our ground is still very snow covered and frozen. Those brownies look delicious and I love the hat. I usually pull my stocking hat down over my ears, but then the whole thing usually comes down below my eyebrows too. I wear coats with hoods and that seems to be better than the hat. Hopefully soon, I'll be able to put it all away for awhile.

Keeping ones ears warm is worth any amount of vanity sacrificed :) Besides that hat is really in style these days. Saw a lot of Olympians wearing them.

Your review has convinced me to read that book.

And your brownies are making me very hungry :)

Glad you were finally able to get outside to garden. Sounds like you accomplished quite a bit. Let us know what herbs you plunk in.

Well done on all that hard work, Barbara! You are a woman of many talents!

Hope you feel better, it won't be long and we will all be in the Garden Those cookies look soo good. I am spring cleaning as the yard will be next.. Speaking of Vanity Fair, we have a magazine here called VANITY fAIR.

When I was in England 80's I bought
6 vanity Fair litho's not the same thing I know. Just made me think of it all.
yvonne

Sorry about your rose's they were always so pretty. Bet the new roses will be just as lovely. We are so happy to get the warm sunshine in our garden.
Patsy

Hello, Barbara! I always love to read about your garden, and I can't wait to see pictures later in the spring!

The blondies look so delicious! I'm going for a bowl of ice cream in just a few moments. :)

I think the hat is great Barbara. I love that style- very practical. Your Spring plans sound lovely. My herb garden needs an overhall but I'm liking the budding on the currant bushes at the moment. I'll have to take a pic next time.

Good morning,
Isn't it nice to finally be able to be out...doing things? I have ordered roses for our Church garden. Two are the Pope John Paul tea roses...the others are yellow knockouts. We'll soon be planting here.
I saw several hats like yours while watching the Olympics. Really cute.
Have a great day,
Balisha

Hello Barbara,
Spring will indeed be wonderful.
The blonde brownies look so tasty.
Barbara, I wanted to get back to you about the torah.tv
It is available on the internet.
Just type in torah.tv
and it will take you to
Rabbi Ralph Messer and this site.
I would be interested in knowing if you think he is on or off the mark.
May you have a pleasant day,
d

And Vanity Fair- that was a marathon! I taped Nicholas Nickleby last week but I will stick with just watching it I think!!!

your blog is great we are new to blogging and viewing blogs and yours is one of the first we have viewed.
Lovely cakes and great garden.
blessings abound