Sudeley Castle and grounds are situated one mile south of Winchcombe in the Cotswolds.
It's recent claim to fame is it is the venue where Elizabeth Hurley got married,
the ex-partner of the actor Hugh Grant
Look closer and one will see that it has been the home of Royalty and Aristocrats since
the 10th century when King Ethelred (The Unready) gave the Saxon manor house and estate of Sudeleagh and its surrounding Royal deer park to his daughter, Goda, on her marriage to
Walter de Maunt
Even earlier than this, Old Stone Age Hunters, Roman legions and Saxon tribes had taken it in turns to colonise this unspoint valley where the castle lies in a fold of the Cotswold hills.
When Henry VIII came to the throne in 1509, Sudeley was still Crown property and the King and Anne Boleyn spent a week here in 1535, the last year of their marriage.
There is so much history connected to this home that it takes up a whole book
We were fortunate in that we booked a late tour of the state and private rooms
and we were the only two on this tour so we had plenty of time to browse and ask questions
Obviously the only photos one is allowed to take are outside.
The Castle is currently the home of the Dent-Brocklehurst family
The Castle is part lived in and part ruins
The ruins have been incorporated into the gardens
The gardens incorporate The Wildflower Meadow, The Victorian Vegetable Garden,The Tithe Barn Garden, The Stone Garden, The Mulberry Garden, The Knot Garden, The Ruins Garden, The Queen's Garden, The White Garden and The Secret Garden
Here are just a few of the pictures
First from the Museum 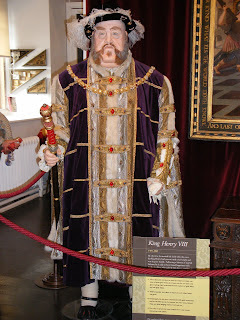 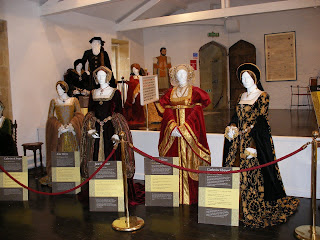 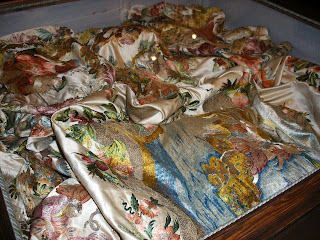 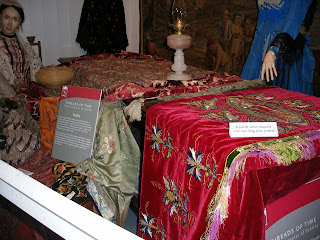 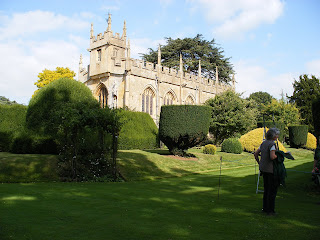 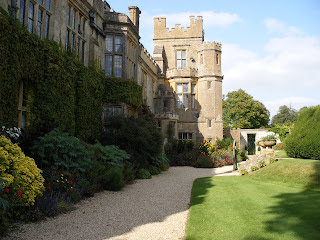 Lived in part of the Castle 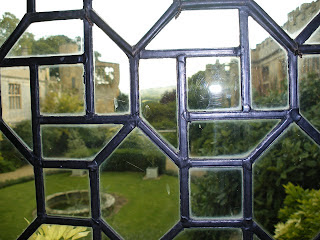 Looking out from the drawing room 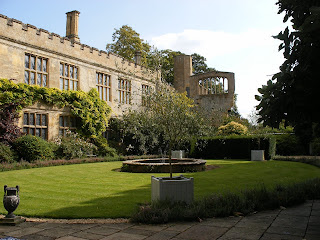 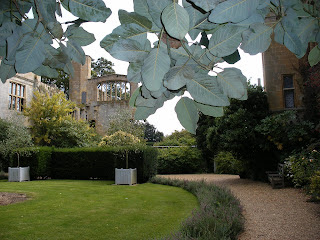 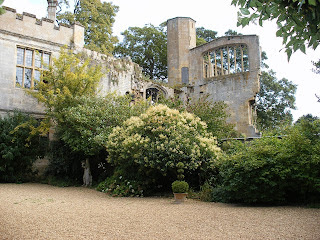 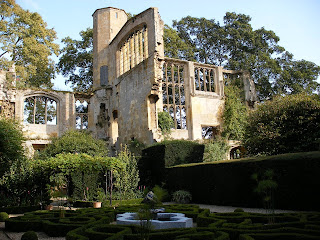 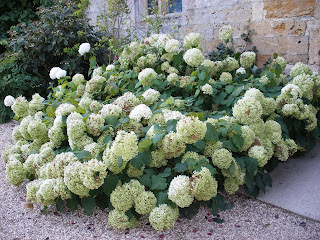 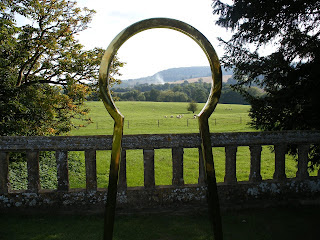 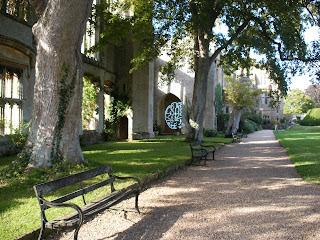 The neon brain is another
Can you spot it 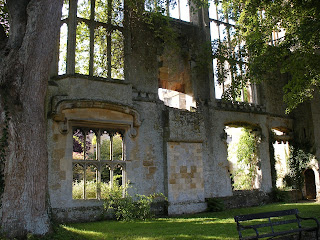 More of the ruin garden 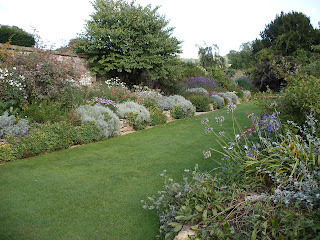 Part of the secret garden

You always take us on the most lovely tours. What a beautiful manor with a rich, long history. I think the young lady in art school is very talented. I enjoyed seeing her work.

Sometimes I think that I live in a home that's half ruins, too. Ha! My ruins don't look nearly as marvelous as that, though!

Are you deep in Christmas preparations or does that wait for a few more weeks?

Thanks for another great post. I really enjoy your narrative, the pictures and the mini history lesson. Love it!
Paula

Beautiful photos Barbara! I love Catherine Howard's dress, in fact, all of those gowns and textiles! And the gardens too, of course.

Barbara this was a most interesting tour ! Oh my the thrill just to have been walking those gardens with all its history!! I love the photo of the castle ..thank you for posting!!

oooh very nice photos. My husband too me to the cotswolds four years ago and we loved the countryside.

Thanks for sharing the photos :)

Hi barbara
thank you for your encouraging comment.TWJ ministries and my other blog NE29 have a very short version of my story posted yesterday and today.. God bless you

What a special place to visit. I love the ruined parts especially. The keyhole artpiece seemed to fit in but the neon brain - well - NOT.