LOVE BEYOND - a New Musical

Our few days away last weekend was very special. The show and our hotel etc., but for this post I am concentrating on  the show
A musical telling the story from Genesis to Revelation. It was written and produced by one of our local church worship leaders who we know, and at the end I will include his story of how it came into being. Inspirational.
Report from the Brighton Argus newspaper
New stage musical Love Beyond, performed to an almost full house at the Brighton Centre on Sunday, received rapturous applause and cheers from the audience.
Written by Richard Haley and directed by Brighton resident Israel Oyelumade, Love Beyond tells the story of the Bible, from God’s creation of Adam and Eve,  through to the to the resurrection of Jesus Christ – the theme of love running throughout.
The musical score and lyrics were powerful and, paired with stunning vocal performances from the ensemble cast, goose bumps were guaranteed. Love Beyond managed to be simultaneously emotional and uplifting.
The acting was enchanting, sincere and dramatic. When Adam and Eve surrendered to temptation and ate the apple, the atmosphere in the venue could have been cut with a knife.
A large LED display was used throughout the show and made a big visual impact, featuring graphics such as stars and flying birds. Other than this the set was minimal, with just two raised areas, meaning there was no distraction from the drama.
Standout performances included The Voice 2012 contestant J Marie Cooper, who was mesmerising as Mary Magdalene. Jesus, played by Simon Shorten, who has previously played Jean Valjean in the West End version of Les Misérables, and God, played by Kevin Jones, both displayed excellent range, power and vocal technique.
The choreography was simple but effective, executed enthusiastically and in perfect unison.
A highlight of the evening was the appearance of baby Jesus, played by a particularly cute baby who was welcomed with a squeal of delight from the audience.
Far from preaching, Love Beyond successfully combined entertainment and accessibility, telling its story simply and beautifully and ensuring that the audience left the Brighton Centre with smiles on their faces.


So a few random photos to give you a taste. 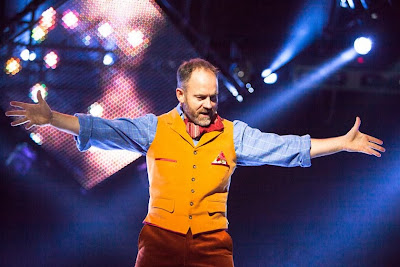 God pleased with His creation 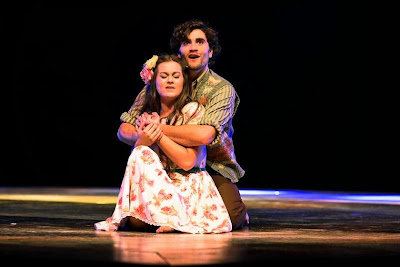 Adam and Eve in the garden 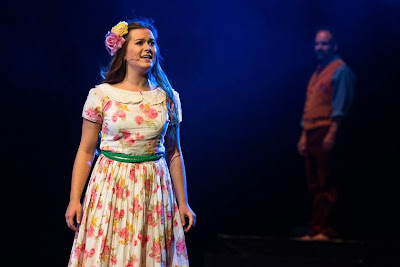 Eve being tempted with God in the background 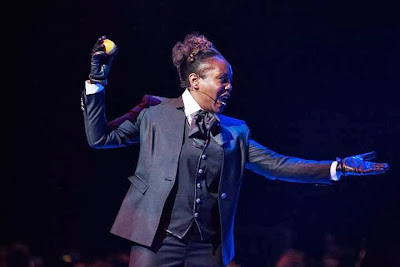 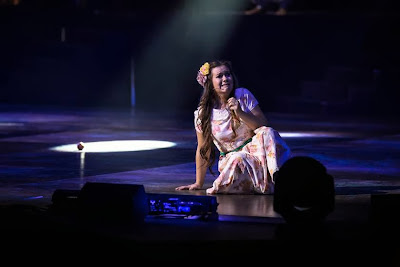 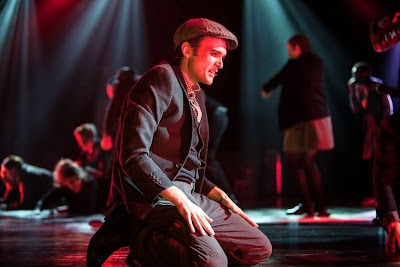 part of the chaos that ensued 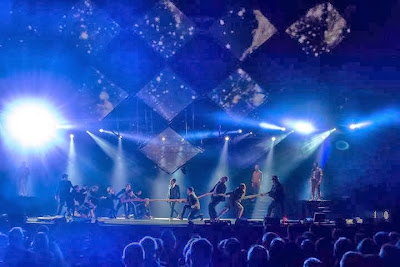 and the enmity between man 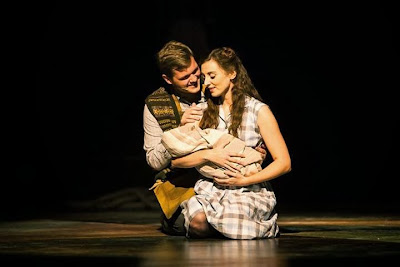 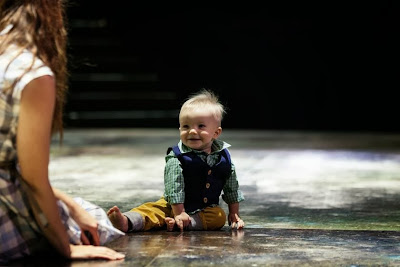 and grows a little 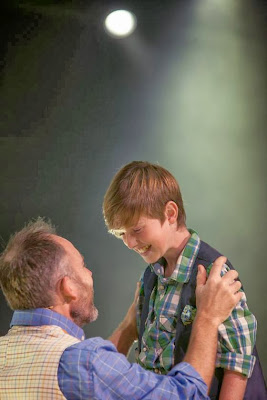 and becomes a boy 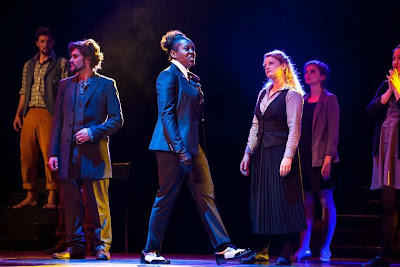 Satan tempting and sneering at the believers 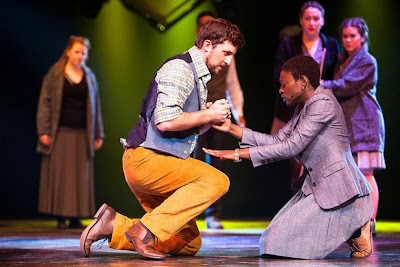 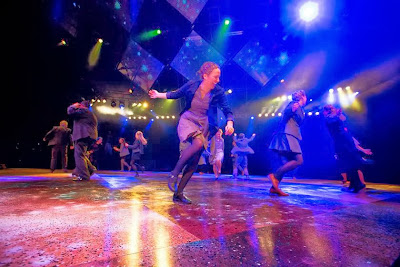 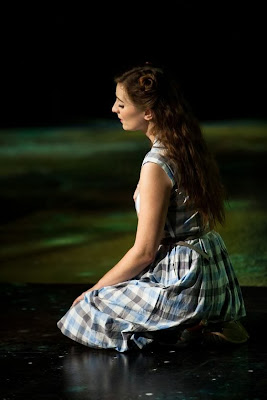 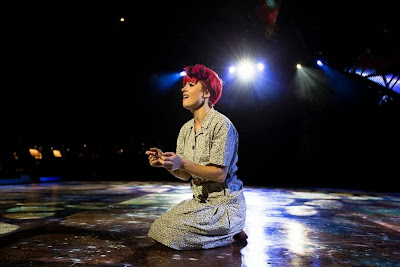 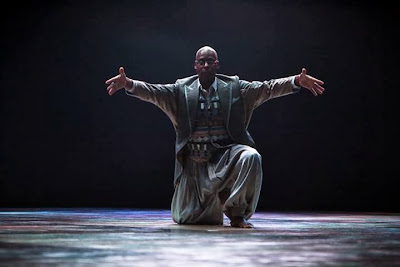 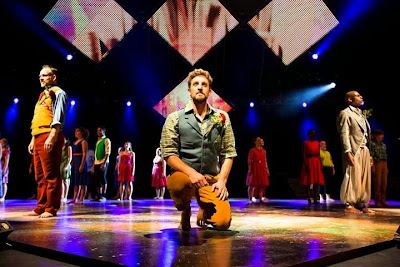 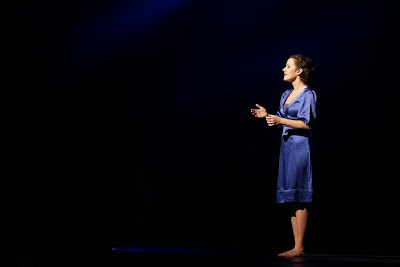 Tabitha Webb taking the production into its finale
Tabitha played Christine in Phantom and Cosette in the film of Les Miserables and has many other parts to her name. She did not take a lead part in this show as she was assistant producer 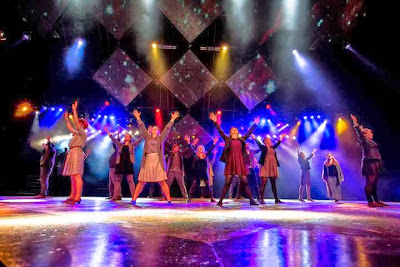 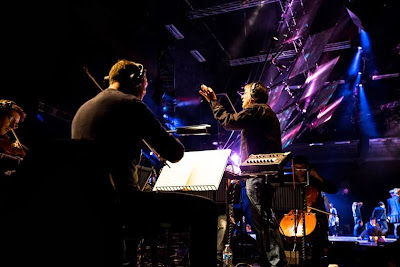 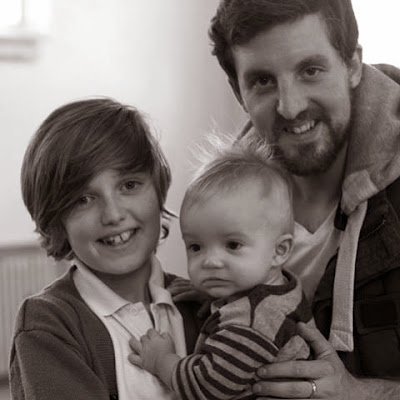 The three faces of Jesus 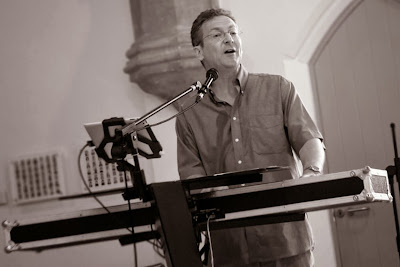 and Richard during rehearsals

Insights into the personal journeys of the Love Beyond team

Richard Hayley, the man behind the Love Beyond concept, has a unique blend of technical and creative expertise. On one hand, a musician by passion – happy to improvise. On the other, a design engineer by training – driven to seek logical solutions to technical problems. But in Love Beyond he is finding an outlet for these diverse disciplines.

Following a lifelong fascination with how things worked and how they might be improved, Richard found himself, aged just 26, managing a vehicle design consultancy. By 32 he has completed many successful design programmes for clients such as Rolls Royce, Jaguar and Ford. Several years on and Richard had joined forces with an American company and worked on defence vehicle programmes all around the world.

Despite this success, however, another passion was stirring inside him, competing to find expression – the desire to make and write music.

Richard had always been a fan of progressive rock and in particular the concept albums of the 70s, such as Rick Wakeman’s Journey to the Centre of the Earth and Jeff Wayne’s War of the Worlds. So as soon as he was earning a wage he was investing in the latest synths and keyboards. As a self-confessed ‘geek’ this gave him the opportunity to tinker and make music at the same time!

Having become a Christian in the early 1980s the idea began to form that one day Richard would pull together a musical concept piece on a similar scale to the albums he had enjoyed in the past. One day he sat down and wrote a piece of music that took the biblical Creation story as its theme. A friend heard it and commented that it sounded like musical theatre. The seed of something had been sown…

For a long time Love Beyond was just a dream. But gradually, the dream, ideas and scraps of music-staved paper began to come together to form something of substance.

The journey begins
A meeting with West End actress and singer Tabitha Webb nudged things forward and the dream began to take shape. Creative Director, Israel Oyelumade (accomplished film and TV actor turned director) added another vital dimension, as did the addition of talented arranger/producer Robbie Webb.
Since then Richard has been amazed by the wealth of talent that has joined forces to form the Love Beyond creative team and cast – West End stars and world class musicians. At the time of writing the national premiere at the Brighton Centre is just a few weeks away. And the momentum for a national tour in 2014 continues to build. Richard’s technical and creative skills are being put to full use as he oversees and guides this unique project, which is sure to be a momentous event.

OH! Lucky, Lucky You for being there to share in this event and then sharing it with us! I can hardly contain myself in holding back the tears as I am enjoying all the pictures of the Musical taking place. I will go over everything again but I wished to let you know I am so blessed by all you're sharing! Thank You, Barbara so much!

What a wonderful review of this show. It must have been spectacular. Lucky you with close up seats. I love things like this.Thanks for sharing.
Balisha

It sounds like a Narnia experience, magical, Narnia magic. You described it so well that I would love to see this show. Hope that I'll have the opportunity one day.

It sounds wonderful. I can't imagine how they squeezed all that into one production. Thanks for the review. It would be something to see if it ever gets over here.

Wow!
This is some big production,
wish I could have gone. I think it's great you and hubby are so active.
Winter is almost here, we are taking a trip up the coast for the Fall color. yvonne

It looks and sounds amazing and the write-up was wonderful. It sounds like you had great seats for it too.

It sure looks different anyway.

LOVE BEYOND looks and sounds like an amazing production, Barbara! I am encouraged to know about it through your post, and hope that it will be performed around the world or recorded and shown around the world so that many may be blessed through it.
Gracie

It sounds marvelous and inspirational; thank you for giving us such a thorough overview. I'll be looking for it to arrive in the States one day.