This ancient cathedral city has attracted Norman's, Roman's, pilgrims and kings and queens over the centuries and has inspired some of the greatest men in history. 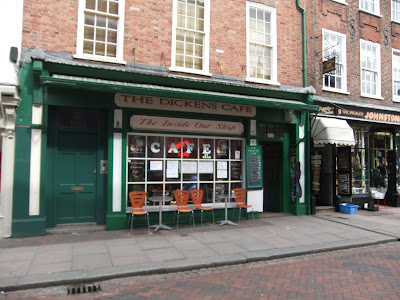 My interest is Charles Dickens who spent his final years near Rochester. Many of the historic buildings in Rochester today were an inspiration to him. 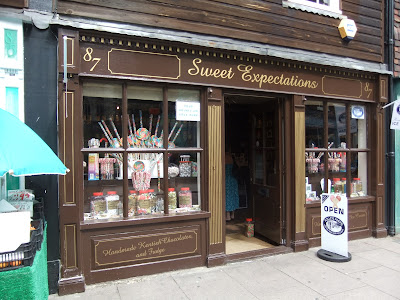 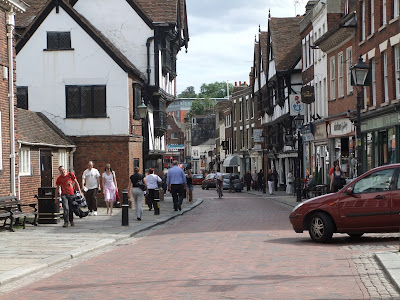 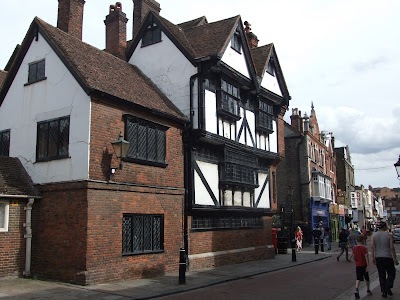 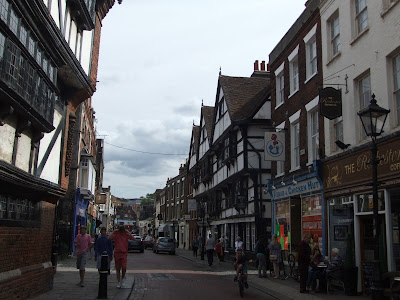 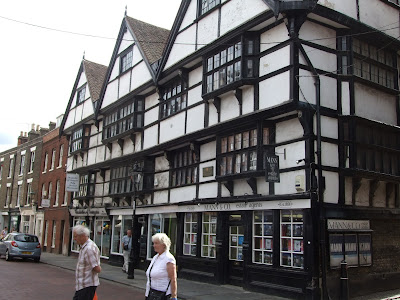 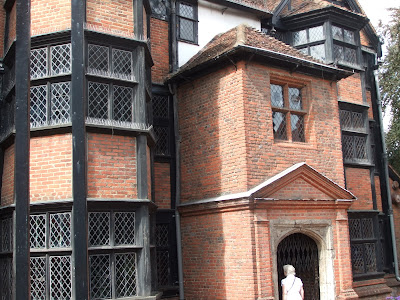 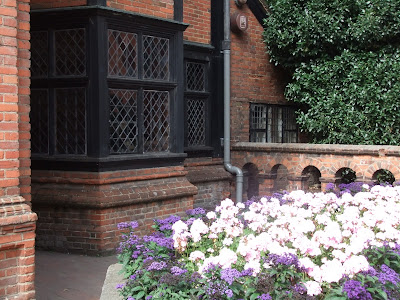 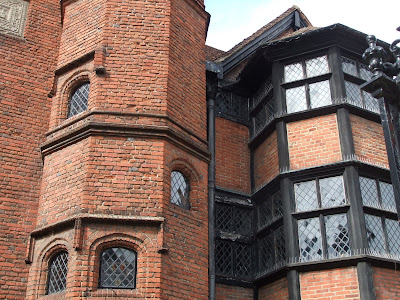 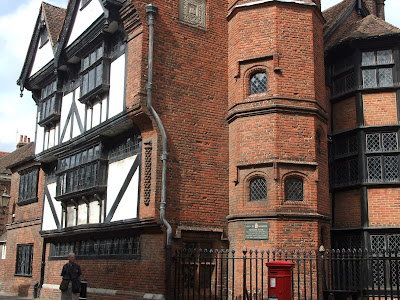 Eastgate House built 1590 is steeped in history.  During the late 1700's it was used as a young ladies' boarding school. It was also associated with Charles Dickens and featured in The Pickwick Papers and his unfinished novel The Mystery of Edwin Drood 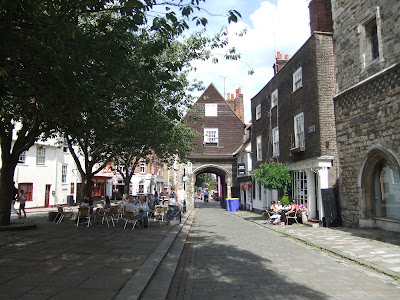 I Love those streets they look so
welcoming. Maybe someday I will get over there and see some of these beautiful things for myself.

I like those Elizabethan mullioned windows...it must be wonderful be inside and see how they let in the light.

August seem so long ago to me!

Do you like Dickens? I do. Very much. Now I'm intrigued by the unfinished novel. I know I've not heard much about it. I really haven't read more than three or four of Dickens' novels, though I've seen many in movies, plays, and PBS productions. A quaint and charming community this is...

Dickens is a favorite of mine. I would have enjoyed this walk and especially the Eastgate House. Then I'd have to stop at The Dickens Cafe for tea and Sweet Expectations for a special treat. :-)
Thanks for sharing :-)

What a pretty little town. It looks so British!

As a fellow fan of Dickens I had been thinking about visiting Rochester. After seeing these pics, I will definitely go, it looks so pretty.

It is steeped in history for sure. What wonderful pictures you have shown us. It's like being right there taking the walk with you. It must be thrilling to walk where so many famous people have tread.

I love Dickens. Thanks for showing me a place that inspired him. Is it considered a city since there is a cathedral there?

Thanks for sharing those pics and story. Now another place we need to visit.

You have some wonderful photos of Rochester. They give me a flavour of what I missed in my very brief visit there a couple of weeks ago. It is also nice to see the inside of the cathedral in sunlight :-)

Jane of Mid West to Midlands pointed me in your direction after seeing one of my photos from Rochester.

Your photos are like a storybook. I look forward to your next installment. Your country is at the top of my list of foreign lands to visit. This afternoon I'll have my cup of tea and dream. I've got 15 minutes then it's back to the weeding in the garden.

Fascinating. I love the works of Charles Dickens and had no idea he was inspired by this town, or the buildings therein. Sincere thanks for all this insight.