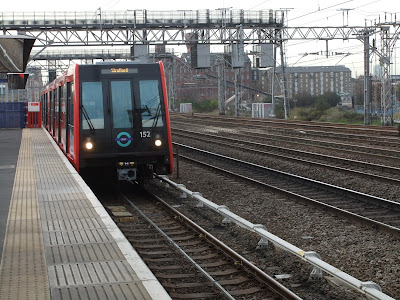 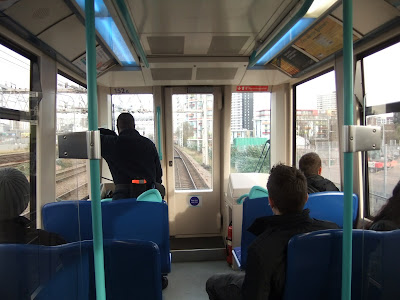 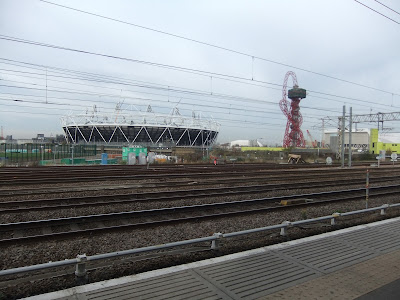 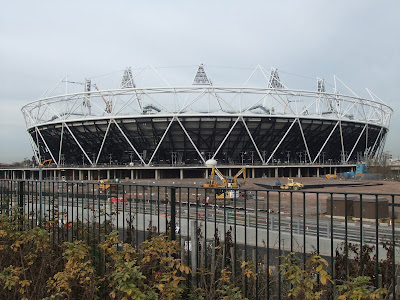 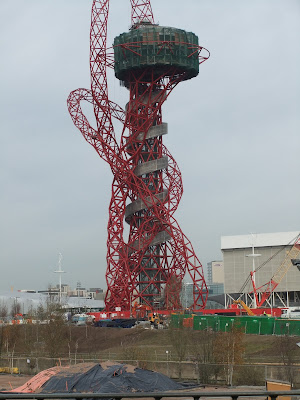 and a structure to support a revolving restaurant 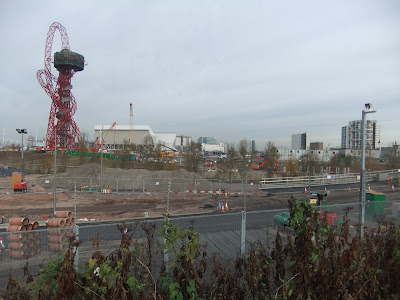 A massive building site which ever direction one looks 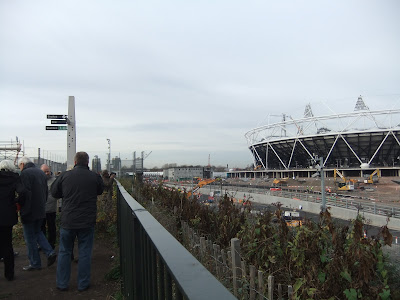 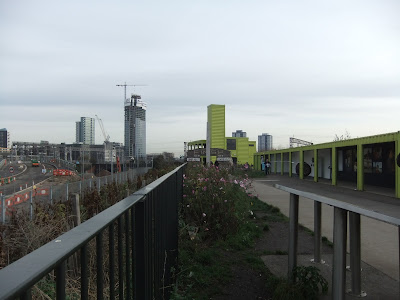 the covered over viewing tube 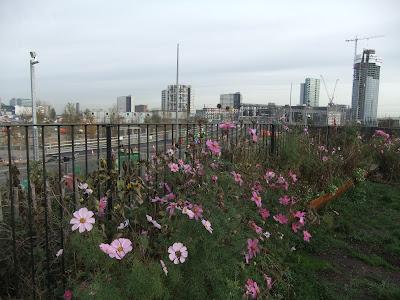 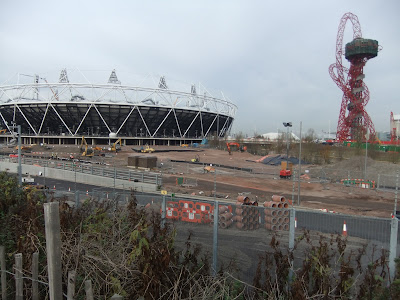 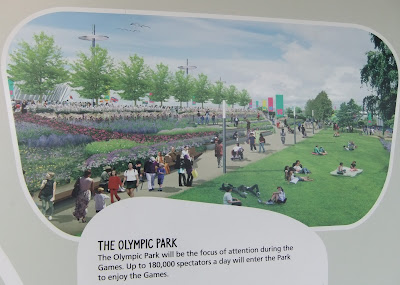 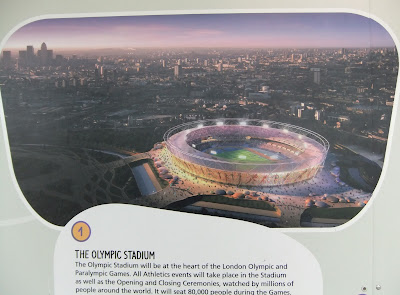 and the stadium lit up at night 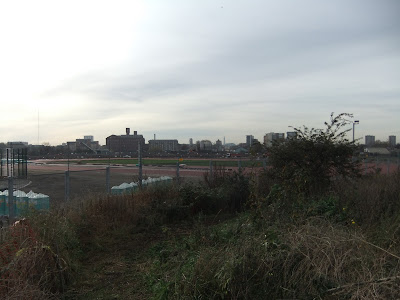 the outdoor running track which Alan says is for practice 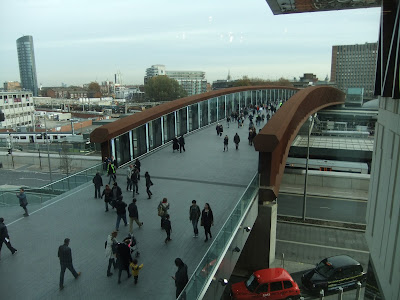 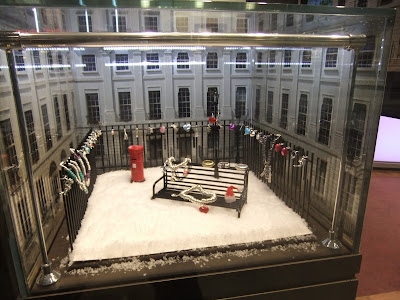 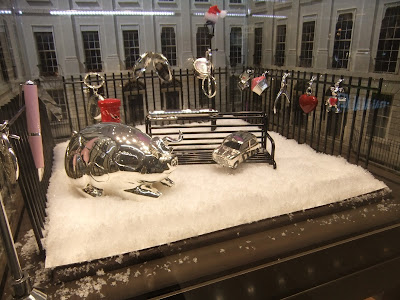 an unusual jewellery display in a window 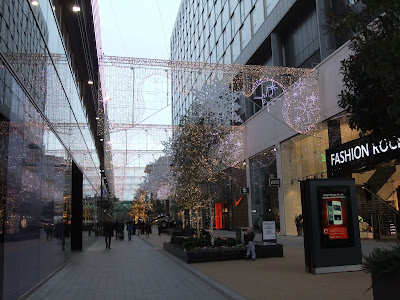 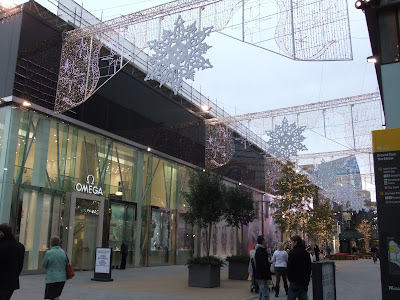 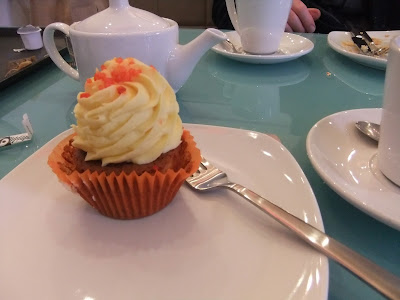 On a completely different tack
My dear husband Alan went to visit a friend this morning who had broken his arm right up into his shoulder when riding on a Sedgeway.
I think he must have been trying to compete as I arrived home from a walk to be greeted with "you're just back in time, there's blood everywhere"
He had been drilling through a wall to connect a cable when he stood up and cut his forehead in 2 places against something that should have been moved first - he then fell back against the drill and cut his hand in 2 places while along the way managed to open up a Basal Cell Carcinoma on his leg that he is waiting for surgery for. He was bleeding in 5 places! Quite a clean up job.
Why do these macho men dive straight into a task without checking safety issues first?
More of London in my next post

The Olympic Park looks spectacular. That restaurant is amazing. We saw those little driverless cars at Heathrow when we passed through in October. Very interesting. Thanks for sharing the delightful photos with us.

Barbara, I was alarmed to read your descriptions of Alan's "competition"! Hope no permanent damage was done. Thank you again for sharing your photos of your visits -- I almost feel as though I'd been at the visit with you.

It's great to get all these "backstage" views of the Olympic venue as it is being built to prepare for 2012! I'll remember these when glued to the TV in a few months' time.

What a thing to come home to: Maybe you wish you'd kept walking for another hour or so.

Oh my I hope your husband is OK and on the mend.
Thanks for showing those pictures. I will show my husband and maybe we can get down there sometime to view. I called a few times to get one of the free Olympic tours, but they were so booked I eventually gave up. Now thanks to you I see we can take a peek on our own.

The Olympic Stadium looks wonderful.
What do you think of the structure for the revolving restaurant?
Driverless computerized trains...sounds very sad to me.

Oh dear....men! Hope he will be better soon, it must have been a shock for both of you.

I hope your hubby is mending. What he did to himself is about what my hubby would have done. He is outside now putting up Christmas lights - the first year he "needed" a ladder, until I invented the lamplighter method... We use the long handled pruner and lift up the string and place it in its prearranged hook. So much easier, and safer. Why don't men think ahead? I guess that's why women were created.

Goodness! Hope you'll both recover quickly from that one! Thanks for sharing about the Olympics site. It should be an amazing time.

What an accident! I hope everyone is ok!