A very enchanting Water Garden
I have to say that we did not do it justice in taking in the whole garden. We were on our way home and had already spent most of the day at Oxburgh Hall which I will post on later. However what we did see was worth the visit.
13 bridges, natural trout stream, 4 ponds, nature trail, bird hide, otter pond, Kingfisher Hide, Monet Pond and more. 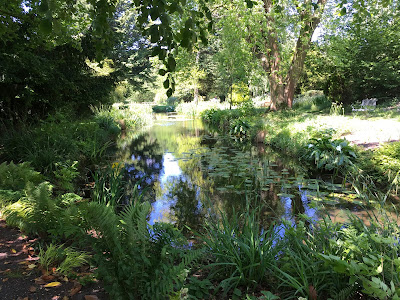 Billy Knights, a retired farmer began designing and creating the Water Gardens in 1970 in his 70th year. The site was a damp meadow which became too wet for cattle to graze. His son jokingly suggested a water garden which prompted him to draw out plans on a piece of wallpaper and it now gives enjoyment to many today. 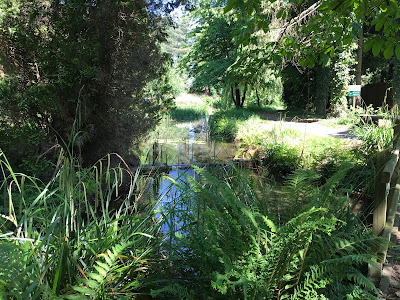 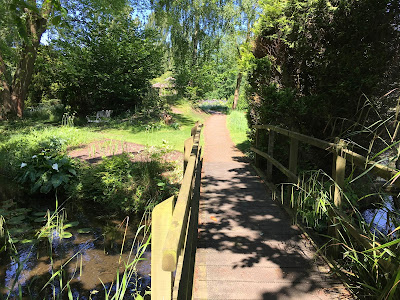 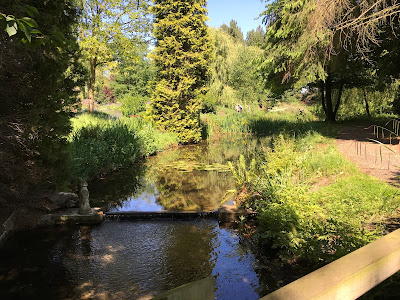 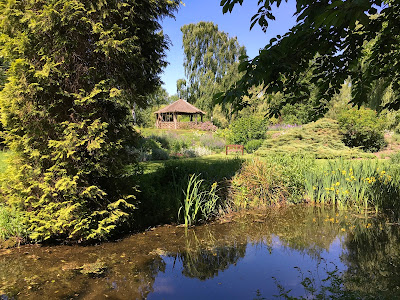 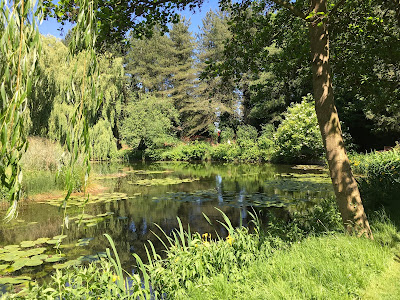 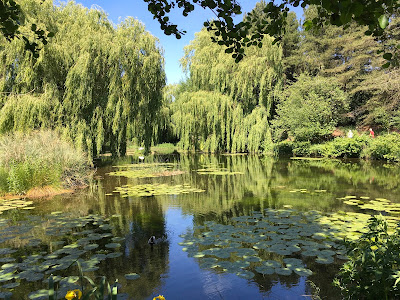 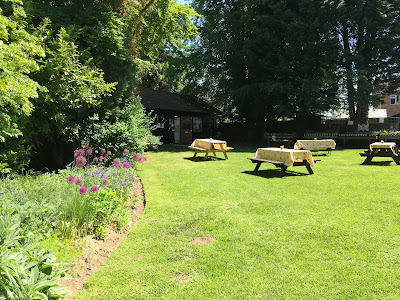 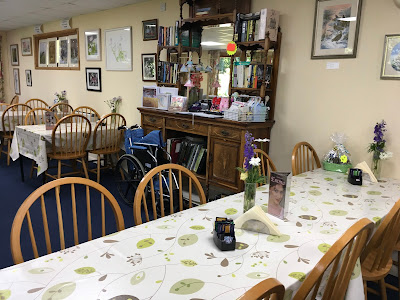 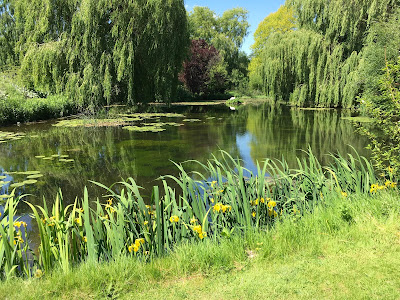 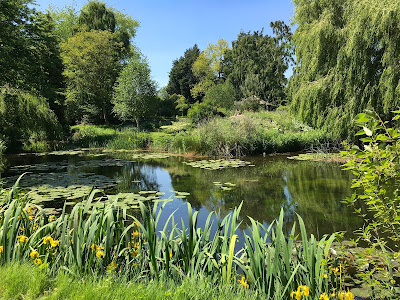 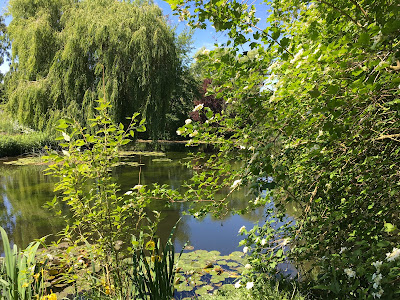 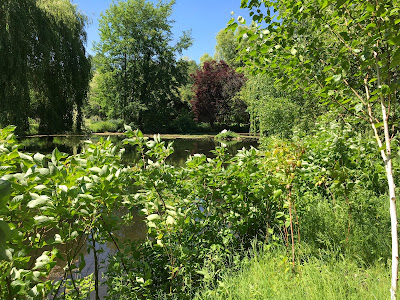 Maybe we will get back sometime
Posted by Barbara at 15:38

Oh my that was beautiful and I loved the tea room - thank you for taking us on the lovely little visit!

Wow! That is a real beautiful garden. What a great use of the space that wasn't good for cattle to graze!

What a beautiful garden, and am I correct in supposing that it is one of the few gardens not created by large landowners? It seems like most of the gardens I hear about, where one can visit in the UK are built alongside large and sometimes palatial homes. How unique to have one created by a farmer who had a vision for unused land.

Amazing what one little idea can grow into! It's very green and lovely, and watery too.

What a beautiful and rather natural garden. Water is always such a special feature and lovely to see in this setting.

It all looks so peaceful and serene.

Water in a garden is always so lovely to see. Great space to take tea in.