Hebden Bridge on the Pennine Way in Yorkshire

Taking you to Hebden Bridge today. This town sits on The Pennine Way The Pennine Way was the first, and is probably now the best-known of all the UK’s National Trails. This long-distance footpath begins in the heart of England, the Peak District, and weaves its way north through the Yorkshire Dales, the Cheviots and onwards to the border with Scotland, forming what is often described as the "spine" of England. 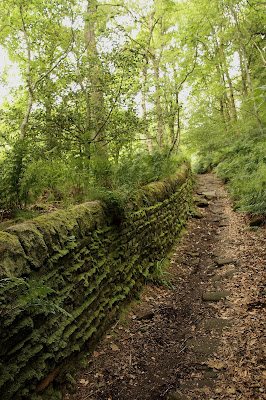 Being born and bred in Lancashire this was a well known place to me in my teenage years. 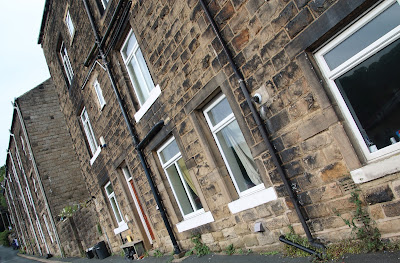 The town developed in late medieval times as a river crossing and meeting point of pack horse routes.
Textiles have always been important in the area for centuries, but it was not until mechanisation and steam power were introduced from the late 18th century, that Hebden Bridge began to grow significantly.
The arrival of the canal and railway attracted industry to the valley bottoms, but with limited flat land and a growing army of textile workers, dwellings were ingeniously built on the valley sides, giving the town it's characteristic "double decker" housing. 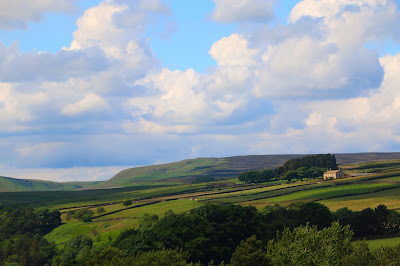 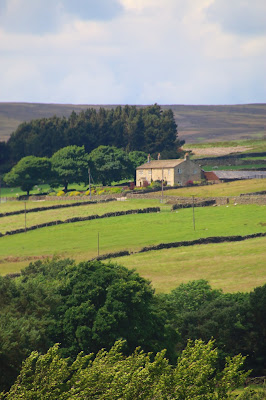 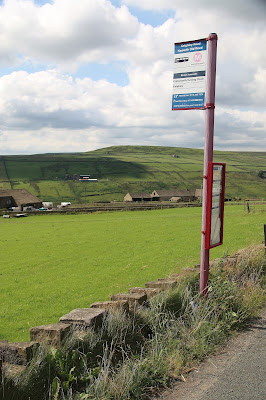 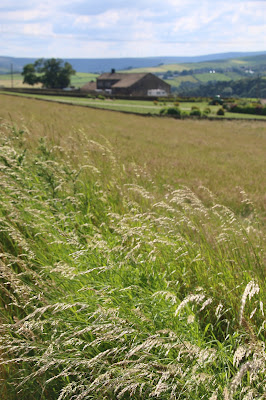 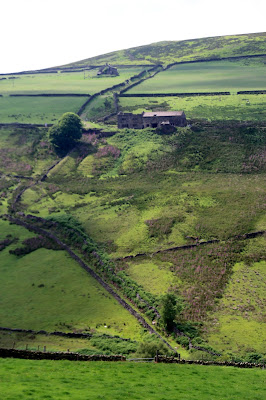 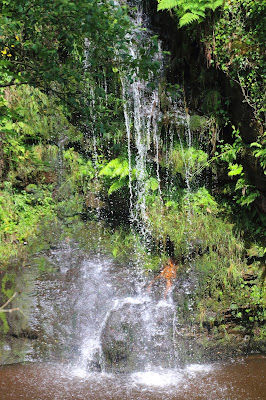 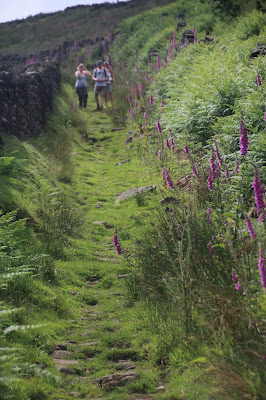 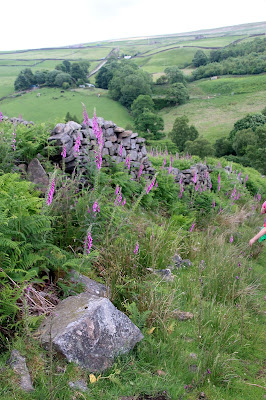 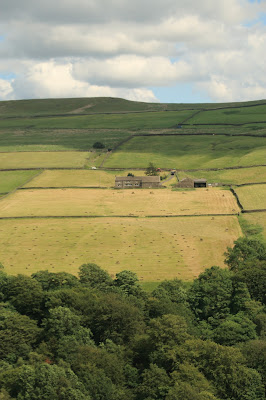 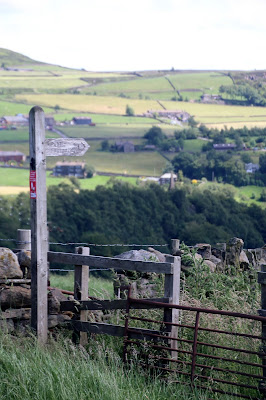 There are foot paths with signs like these all across England and when walking on them I have always thought of the generations of folk that have walked on them for centuries, especially when these were the main routes across the countryside. 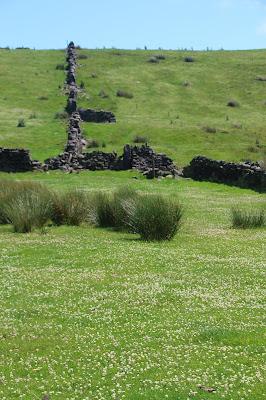 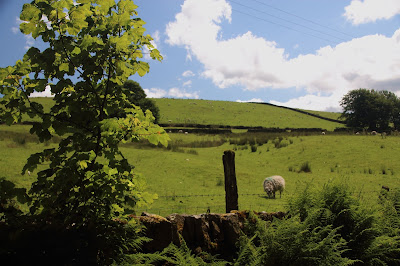 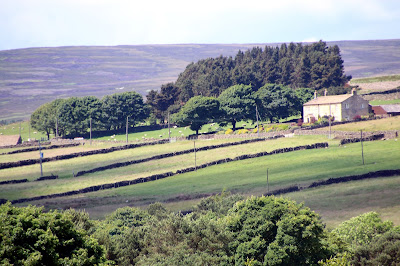 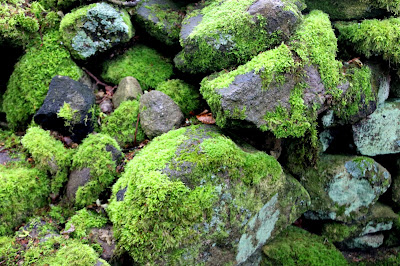 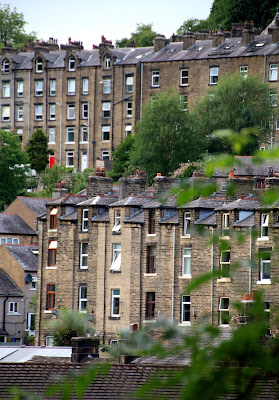 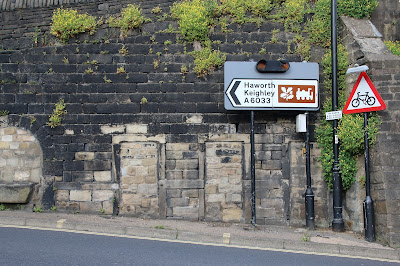 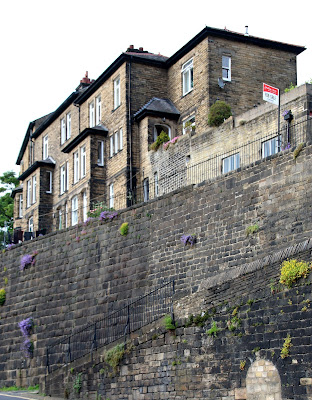 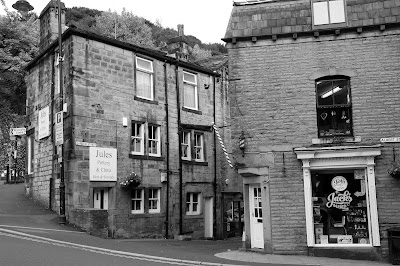 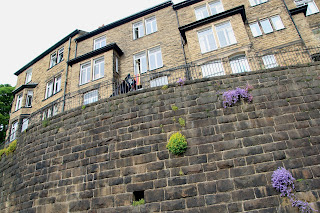 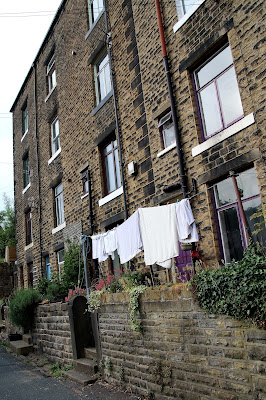 So another virtual walk thanks to son Peter

It was quite enjoyable perusing these photos, Barbara. Thank you, and Peter too, for sharing them. I find all those high stone walls and buildings fascinating.

I very much enjoy your son Peter's photos. Thank you for sharing this virtual walk to another beautiful part ofEngland.

My great-grandfather hailed from Lancashire...Haslingden to be specific. I did not know that you grew up in Lancashire. I enjoyed Peter's walking tour and his photography. Hope that you and Alan are well and enjoying the season.

So many wonderful walks in Great Britain. It would be an adventure to have an extended time in the summer in Britain to enjoy some of these trails.

It looks like a beautiful place to visit. The photographs are really lovely.

It looks like a fairytale place, too beautiful to be real. :-)

That was a lovely trip, really enjoyed it. Such gorgeous photos. Thank you Barbara.

I suppose one of the things I envy most about England is that you walk so much and that you have right of way to walk through wherever you need to go. The photos are exquisite... really wonderful like paintings but better. :)

Blessings to you Barbara!