Lights, Reflections and Cards
Better late than never! I wasn't going to post on Christmas as there is nothing new from previous years except that I have scaled down a little, but then, why not? 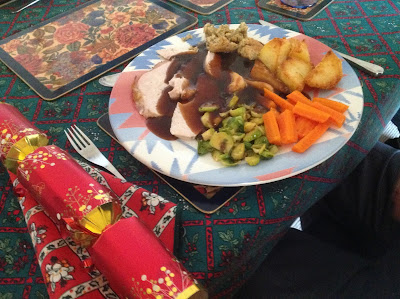 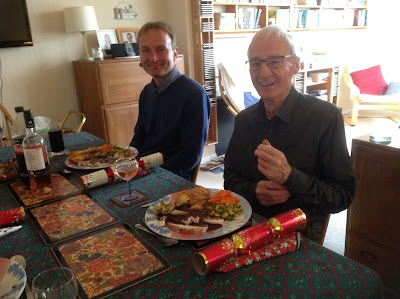 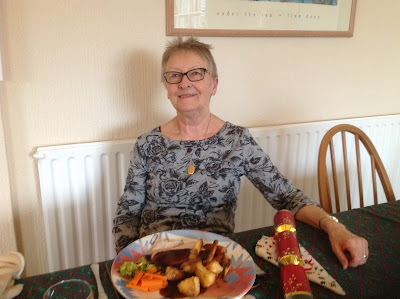 Christmas Day our son Peter spent the day with us as usual
After lunch it was the Queens's speech followed by the film Frozen which I enjoyed, never having seen it, while Alan spent about a quarter of it asleep on the sofa! Usually Peter and I play Scrabble on Christmas Day but it was tea time before we knew and it never happened. 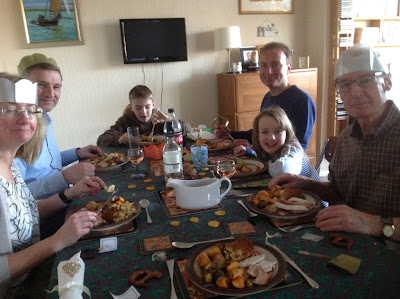 and then on Boxing Day daughter Jane, son-in-law Chris and Rebekah and Oliver joined us. I did not have to cook this second Christmas lunch as Jane offered to do it. I was able to be with the Grandchildren. 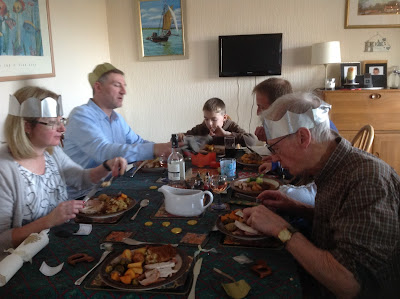 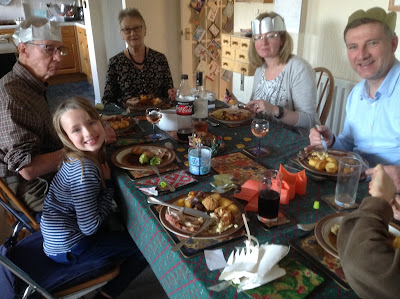 As usual a visit to the local park was next on the agenda where Oliver managed to join a football game in the ball park, Chris was able to try out his new toy - a drone, while I watched while Rebekah spent her time on the swings, roundabouts and outdoor gym. Alan and Jane decided to stay home and relax. 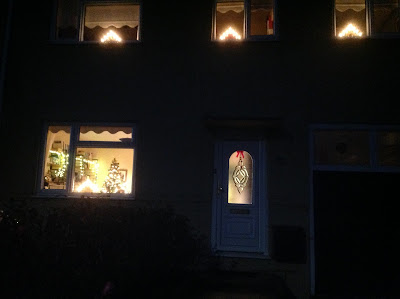 I love lights, reflections and cards at any time of year but especially at Christmas! 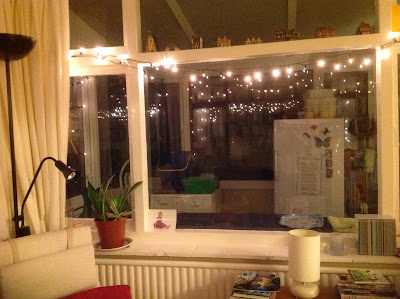 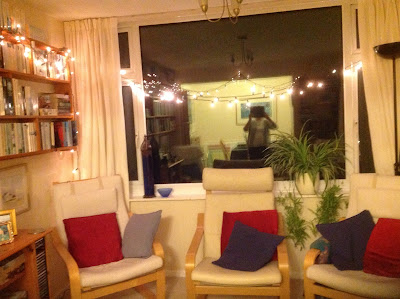 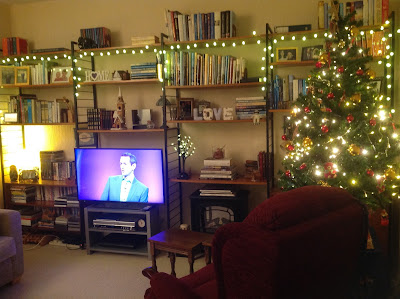 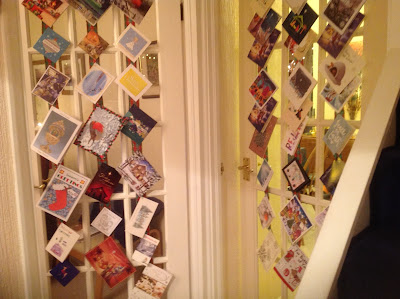 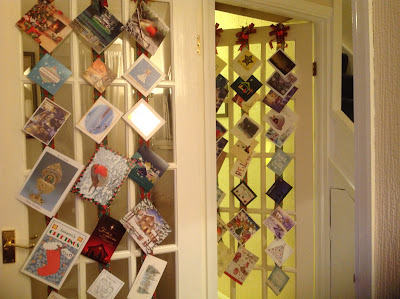 So it's all over for another year - apart from eating up the Christmas cake, mince pies, biscuits etc.

So, wishing all who visit here a very peaceful and blessed New Year.

What a lovely family celebration. You have quite the card collection there to enjoy! Happy New Year!

Looks like a wonderful time together celebrating. It also sounded like you got some good relaxing times. What a blessing. Happy New Year to you and yours!

So glad that you decided to document the day! Now I see how much your grands are growing. Love the cute smiles that your granddaughter gives. She obviously thinks a lot of her Uncle Peter as she is really smiling for him. Sounds like a perfect family day on both Christmas Day and Boxing Day. Oh, yes, the food, so much! I managed to package up a lot to freeze. Hopefully, I will not have to shop for groceries in January. Love, love, love the way you have displayed your Christmas Cards. Very pretty. Your home looks beautiful with all the lights and reflections.

It was all over so quickly this year. I wish you and your family a blessed and healthy new year.

All looks quietly satisfactory!
Wishing you both a wonderful 2017!

Your Christmas sounds as lovely and as hectic as mine was.

Happy New Year to you and your family :-)

Lovely glimpses of your Christmas celebration. How the grandchildren grow! There are still cookies (biscuits) to eat around here, too!

Wonderful photos. You have a lovely family. Let's hope this is an inspirational New Year for us all and a banner year in blogging. Blessings to you and your family.

A Brit in Tennessee said...

I can't help but smile...ear to ear when I saw the party goers in their Christmas hats :)
Times change, but old traditions stay true !
I'm drooling over your Christmas Day dinner......
Yum ~
Jo