Not having been out and about much lately due to back issues we decided a week ago to make a short trip to a house in our Borough.
The National Trust now runs this place so we knew there would be a good tearoom. 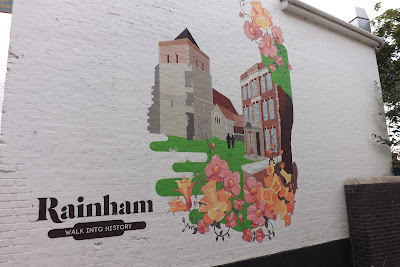 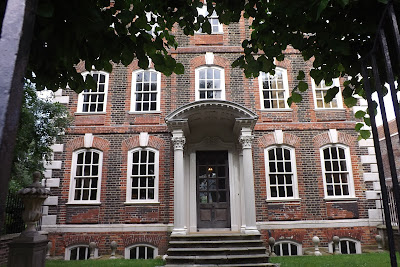 Rainham Hall is no longer lived in and has just gone through a
£2.5 million conservation project. The house is said to be one of the country's finest examples of an early 18th century
merchants home.
Captain John Harle who built the hall owned ships and brought goods from the far east.
Thew house is very much a museum with all the history shown throughout the rooms 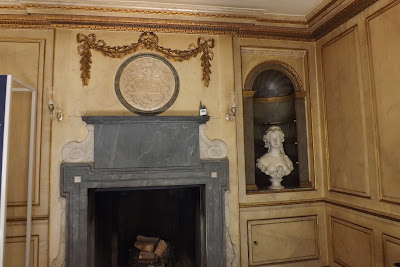 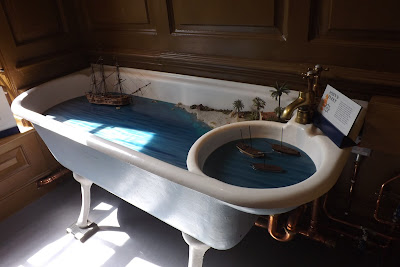 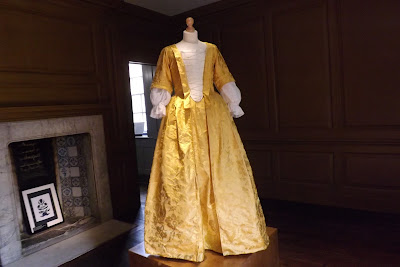 This dress was hand made in exactly the same way as it would have been made in the 18th century by 2 local women. A labour of love being all hand stitched. 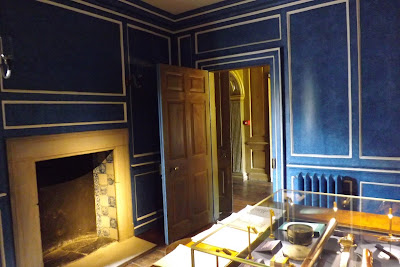 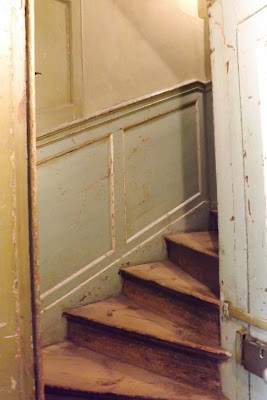 The stairway to the attics 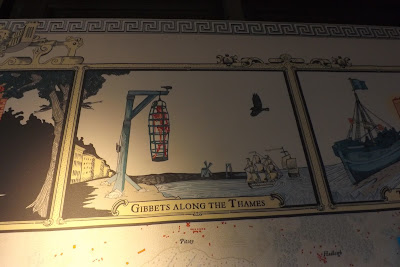 Would you have wanted to sail down the Thames
passing skeletons in cages! 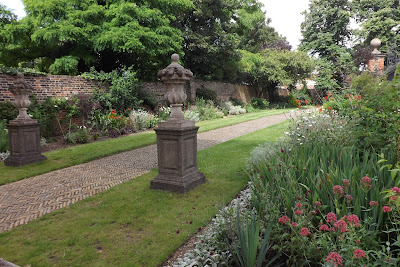 A walk around the garden before visiting the tearoom 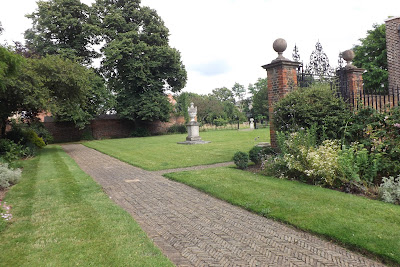 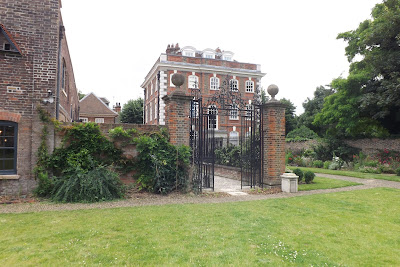 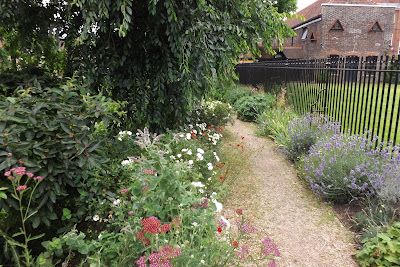 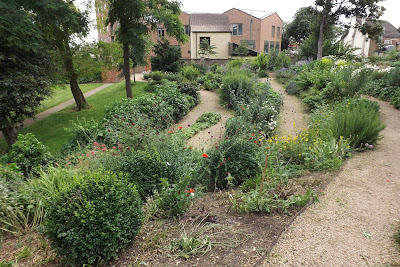 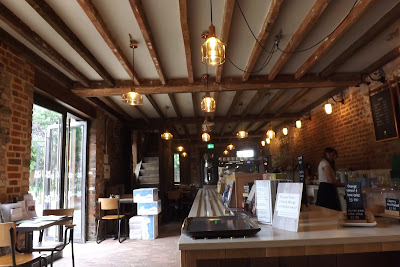 We had it to ourselves being late afternoon

Lots to do at the hall for those living locally (we are 6 miles away) for both adults and children with all the various courses and learning opportunities.
Posted by Barbara at 20:13

It's so nice to have these great National treasures to visit and enjoy. I think I'm about ready for a visit to a good tearoom!

There were some rather ghoulish aspects to life in the past. Skeletons in cages would not be a pleasant sight. During our recent visit to England I gained an appreciation for all the work the National Trust is doing. Such dedication to preserving the past is commendable - there is much to be learned from history. And we enjoyed tea in a number of the tea rooms! Hope your back issues are improving.

Once again I am struck by how much there is to see and do in your part of the world. We are spoiled for the beauties of sea and mountain, but I would love to have some choice in the area of human history, buildings, gardens etc!
No, thank you....no gibbets hanging over the road or river for me. I'll take a tea room any day!

What an interesting place to visit. We are so fortunate to have the NT.

Everything from beautiful silk dresses to skeletons in cages. So civilized and so barbaric! It does look like a good place to visit when you don't want to go too far from home. I thought it interesting that the facade is a combination of black and red brick.