The Grand Children are Growing Up

I just can't tell you how frustrated I am with
Windows 10
I have spent a whole afternoon trying to locate my photos for Holkham Hall. Only half are in that file. I have been going through the files on my i-pad and the photos are there. As far as photograph files are concerned on my computer, Windows files them all over the place depending on how it reads the photo image numbers.
The following recent photographs, which I decided to post on, as it is going to take so long to sort the others, were filed in a file from both 2011 and 2014 when they are in fact 2015.
For quite some years (8 with some), blogging friends have enjoyed following the progress of each others Grand children.
So for now until I can get to SORTING some pictures I am sharing a few recent ones. 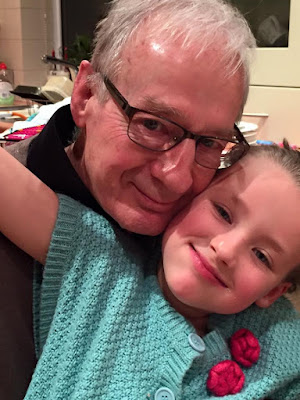 Rebekah who is now 6 years old loves her Grandad 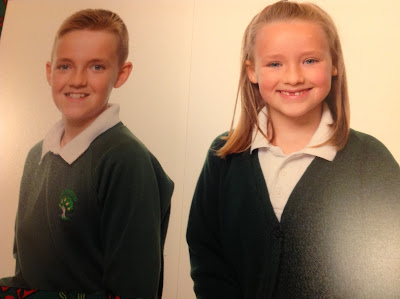 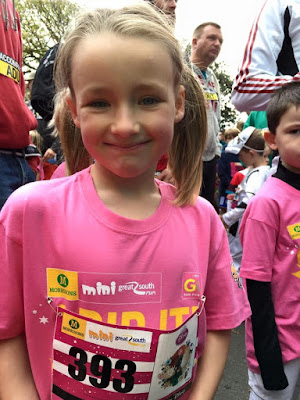 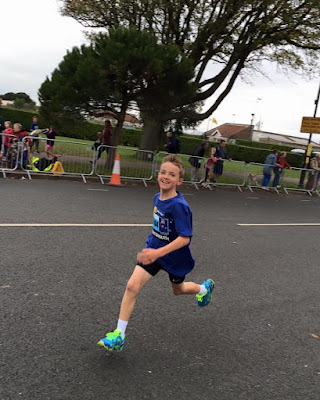 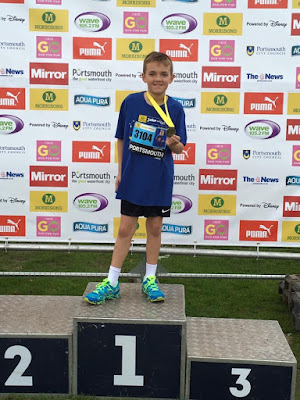 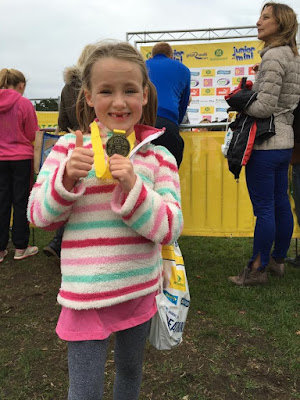 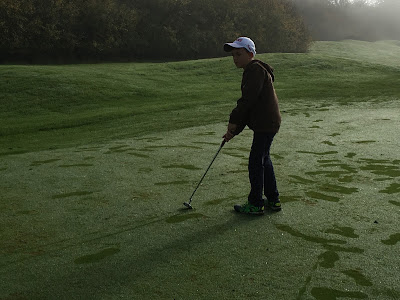 Golf is another activity and here Oliver is playing early morning 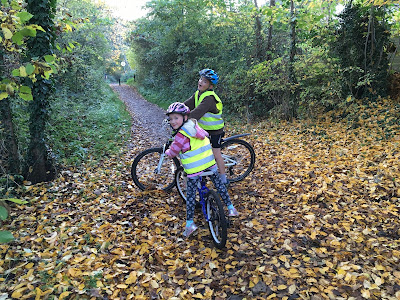 Cycling is another favourite and even Rebekah manages 11 miles cross country.
She is also loving athletics which she is very good at. 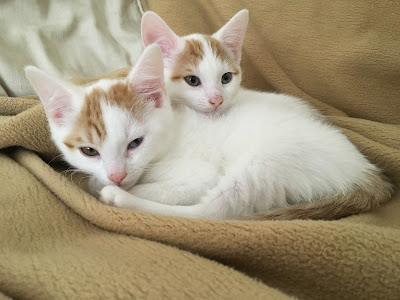 On a more relaxing note they are both loving their new kittens now that their older cats have died.
Posted by Barbara at 18:51

So sorry for your technical troubles, Barbara, but I just enjoyed scrolling back and getting caught up on your travels, and I love catching up on your grands growth in this post :) Happy New Year, and may the Lord bless you and yours...and your use of Windows 10. xx

Oh boy...I hope you sort out your photo issues with Windows 10. Your grands are keeping active which is so good for them. It's nice that they are close enough for you to enjoy!

The first photo is especially dear and wonderful. I'm sorry to hear of your continuing photos vs Windows 10 problems - so very frustrating indeed.

What lovely photos of the children. It is so annoying not to be able to find things that you have patiently stored.

We had problems with Windows 10. I eventually had to get a new hard drive. May have been a coincidence but I suspect it was doing the upgrade. Thank goodness for John Lewis who are great.
My friend had problems too. Now her printer & camera are incompatible & so she has to buy new ones. I'll stick with what I've got for now.
Your photos are lovely. They do grow up so quickly. They look very sporty too which is great.

Such darling grands! I finally set my default on pics so they generally go where I wish.

I'm sorry to hear you're having problems with windows 10 and finding your photos in the files. Thank you for sharing photos of the grandchildren. They must be a joy to have around.

Sounds incredibly frustrating. Hope that it gets sorted. Perhaps it is time to call in one of your geek friends. Time for a visit from your son? =D

Thank you so much for the photos of the grands. They are very athletic. Did Oliver take first place? Wow. The photo of Rebekah with her grandfather warms the heart.

Love the post and totally understand about the photo issue with W 10.
Even my computer expert cannot figure the photo filing out. I place mine all into the cloud now.

Your grandchildren are really growing up. I find Windows 10 a bit frustrating, too, although I view my photos in Picasa (downloaded version, not in the cloud) and I haven't had trouble locating them. I hope you soon get things sorted. So irritating to not be able to find what you want.

They are adorable. Golf at a young age, maybe another Arnold Palmer
in your family. Love the photo of your Husband. We are having nutty weather in Maine, it was 45 degrees yesterday and another cold front is coming. Better fill the bird feeders now. yvonne

I've heard a lot of complaints about windows 10. Glad you persevered and were able to share the lovely pictures of your grandchildren and the sweet kittens too. Happy New Year !

it is good to see such fit children. 11 miles on a bike by a six year old is good going, well done Rebekah. And Oliver looks like he is developing a lot of different sporting skills so well done to him too.

Hi!
Could you not download a program for editing your photos, instead of using the program that follows with the Win 10? I have an old program called Photoscape and there I can change size and fiddle with the photos if I want, and then I just save them in a folder, though I have Win 8. Maybe it would help?

God bless you and your grandchildren. They are both wonderful and so athletic. The kittens are adorable.

Your grandchildren are growing so fast! I love how they love their grandparents, too :)
I really don't want Windows 10!

Such sweet grandchildren you have. Technology can be so frustrating, nice to have the balance of family for the happy times!

PS I am the anonymous one! Jane at Hope and Wander:)