A little extra info. on Holkham.
Interestingly our newspaper this week published an article on the many grand and stately homes in Norfolk in view of Prince William and Kate turning their backs on London and choosing their Norfolk home as their main residence at this time in their lives having many of their friends living in Norfolk.
Quoting from the Daily Mail: There are the two rival grandees of North Norfolk: the Leicesters of Holkham and the Cholmondeleys of Houghton. Both make up part of William's Norfolk shooting circle.
The Earl and Countess of Leicester are Tom and Polly Coke. They are both older than William and Kate. While Polly is a former milliner, giving her easy chit-chat with Kate, former Army boy Tom is a royal equerry.
They have four children, (photo in last post) and home, Holkham, is a Palladian masterpiece with a 25,000-acre estate and a four-mile-long beach (some of it can be seen in previous post) where Prince Charles and Princess Anne use to play. 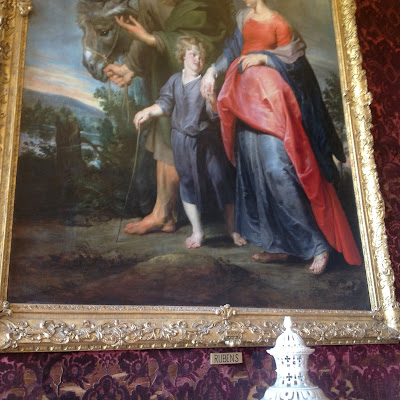 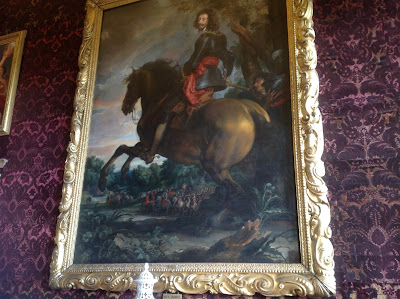 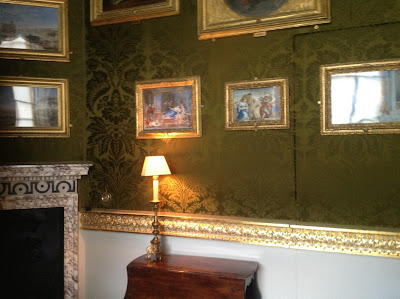 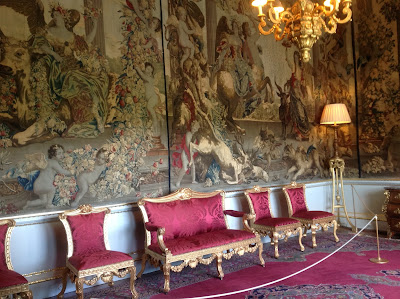 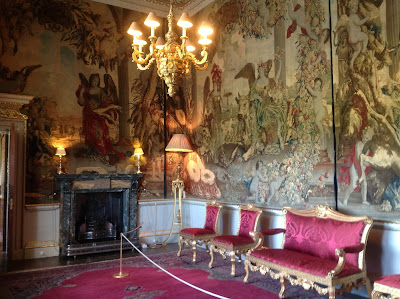 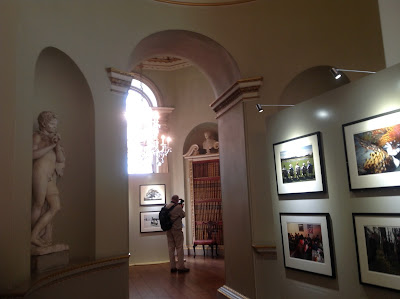 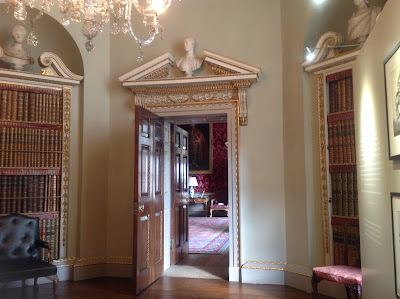 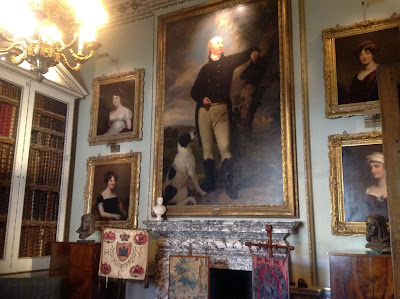 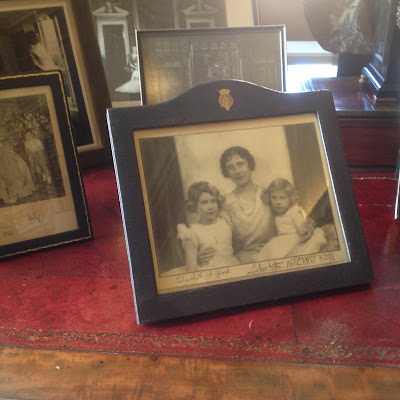 The Queen Mother with her daughters the Princesses  Elizabeth and Margaret 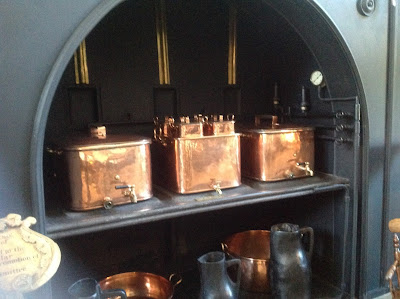 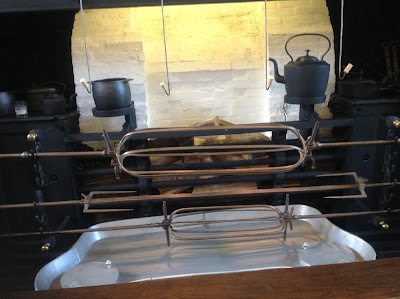 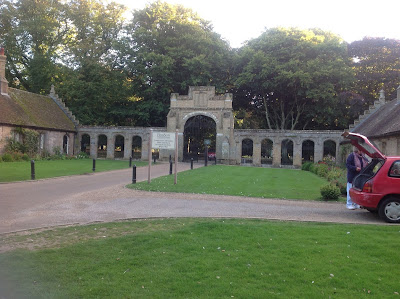 The entrance as we are leaving 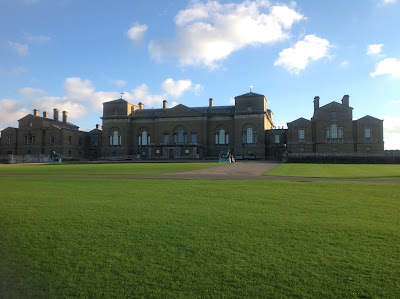 and the house itself from the BACK 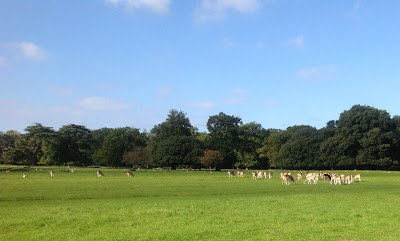 Most large country houses have a Deer Park 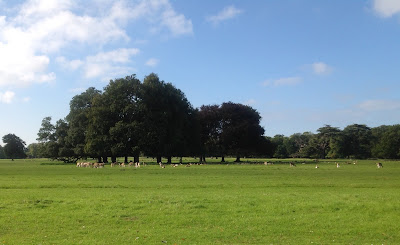 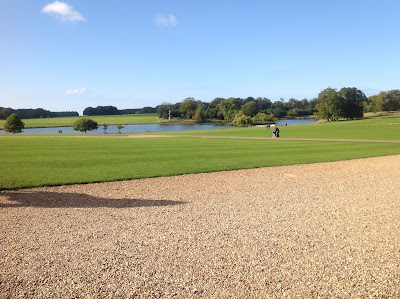 I have not included the walled gardens as I was not so impressed with them
Added to all the photo issues in getting these two posts completed, today blogger is causing issues in not letting me upload and save photos, has taken ages.
Phew!

I love these tours you take us on. I get to see things through your eyes and camera that are so wonderful! Thank you for sharing.

In spite of your technical woes, you have done a beautiful job of sharing such a grand estate. I enjoyed both posts on this home.

What a show place! I imagine that it must be wonderful to be able to get into a car and find a place like this to visit. I enjoyed visiting a few homes when I visited England. While I love this Island, sometimes I wish for more than the trees and the sea on a Sunday afternoon drive!

Only today I was able to read first part of Holkham Hall, so interesting and beautiful. Now I have admired the pictures of both blogpost I'm amazed about this Palladian masterpiece. Should like to visit it, but great Britain has so many wonderful Halls, Castles, Mansions and so on that I doubt I ever will see this. Glad I could enjoy your photos!

What lovely photos. We visited Holkham last September. The weather was perfect the day we were there, and we walked our feet off. The house, the walled gardens, the beach, and lots of the countryside in between. Definitely someplace I would like to go to again.

I'm always in awe of these grand homes in England. Love all your photos. I get so frustrated when there are photo issues! Ugh.

It must take quite a lot of staff to keep a house like this, and with such vast gardens and grounds, in tip-top shape. I've enjoyed the photos of your visit, thanks for sharing.

What still amazes me the most is that the house is actually being lived in.
I hope your photo issues are getting resolved. M Kate and melialissa is having photo problems too and I can't even post on her blog Grrr...

Thank you for your beautiful pictures of Holkham Hall. I am amazed at all of the lovely colours that they have used.
You are so very lucky to be able to tour these places and then share them with us.
I know that you have had a lot of trouble with your pictures and I hope things will sort out eventually. I cannot even send a picture from my email account anymore because of some program that seems to be on my computer now. Very frustrating. But, on the happy note, you can at least get your pictures on your blog for us to see.
Audrey.

Imagine living like that! I can't wait for Downton Abby next Sunday.
I have watched it from the start. I am trying to find info on my
Grandmother from Sheffield Eng. "BURKE" Ada, Hannah and Mary.
We are having 50 degree weather in Maine. I can't believe it,
Al Gore said Globing was coming years ago. Politicians are dumb
or just don't care. That awful Ted Cruze won the Iowa caucus last
night. I think he is dangerous, Trump is an embarrassment. At least Rubio
has some breeding and manners.
Looks like Hillery is in a tie with Bernie Sanders. He is to old.
yvonne