The Streets of Liverpool, Part 1

Liverpool, The City where I was born and lived as a child, 3 miles out of the city.
Photos from City Council and put together by Colin Wilkinson 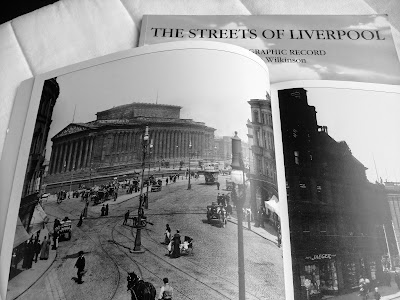 St. George's Hall 1906
Some time ago I came across a couple of books containing photographic records of Liverpool in a second hand book stall
I certainly find them fascinating so will do some posts over time
The most noticeable thing is the contrast between the slums and the more affluent areas
I have to say that I was not aware of the existence of such slums when growing up and am quite shocked at some of the photos
The history of Liverpool can be traced back to 1190 when the place was known as 'Liuerpul', possibly meaning a pool or creek with muddy water, though other origins of the name have been suggested. The borough was founded by royal charter in 1207, but Liverpool remained a small settlement until its trade with Ireland and coastal parts of England and Wales was overtaken by trade with Africa and the West Indies, which included the slave trade. The town's first wet dock was opened in 1715 and Liverpool's expansion to become a major city continued over the next two centuries.
By the start of the nineteenth century, a large volume of trade was passing through Liverpool. In 1830, the Liverpool and Manchester Railway was opened. The population grew rapidly, especially with Irish migrants; by 1851, one quarter of the city's population was Irish-born. As growth continued, the city became known as "the second city of the Empire", and was also called "the New York of Europe". During the Second World War, the city was the centre for planning the crucial Battle of the Atlantic, and suffered a blitz second only to London's.
From the mid-twentieth century, Liverpool's docks and traditional manufacturing industries went into sharp decline, with the advent of containerisation making the city's docks obsolete. The unemployment rate in Liverpool rose to one of the highest in the UK. Over the same period, starting in the early 1960s, the city became internationally renowned for its culture, particularly as the centre of the "Merseybeat" sound which became synonymous with The Beatles. In recent years, Liverpool's economy has recovered, partly due to tourism as well as substantial investment in regeneration schemes. The city was a European Capital of Culture in 2008. 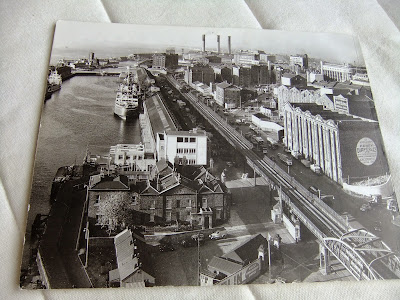 The Docks and Overhead Railway 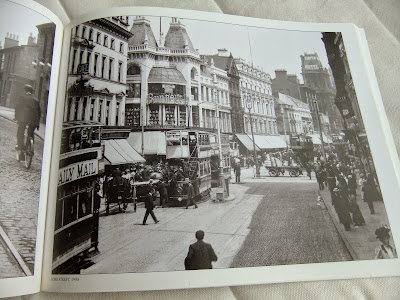 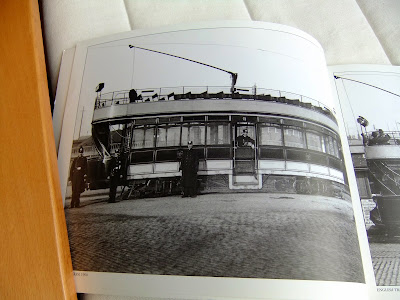 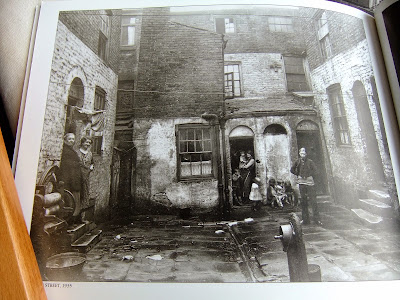 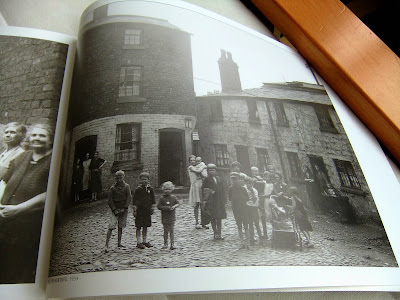 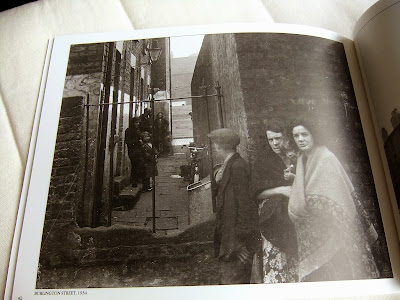 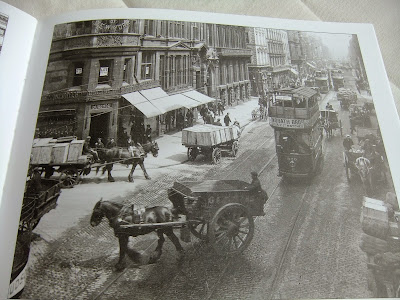 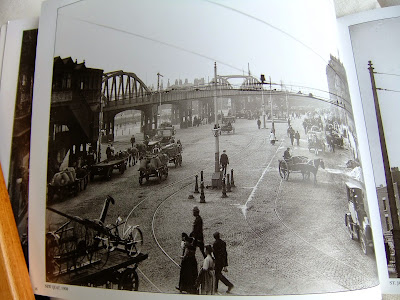 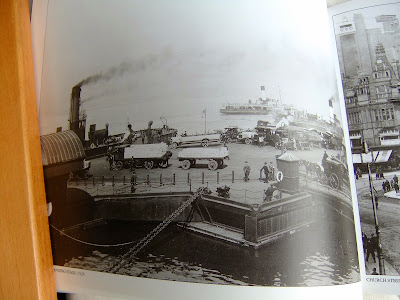 The Floating Landing Stage on the River Mersey 1925 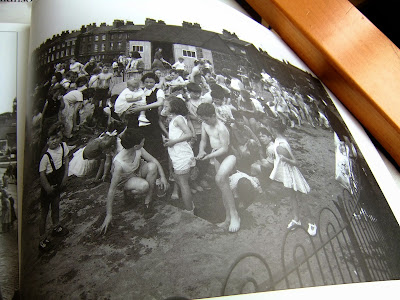 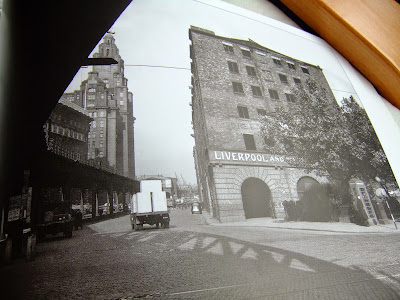 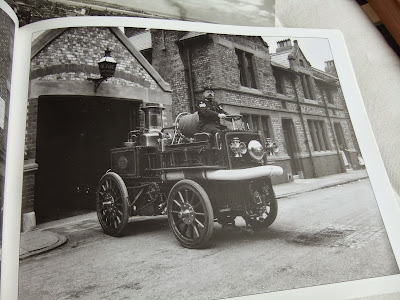 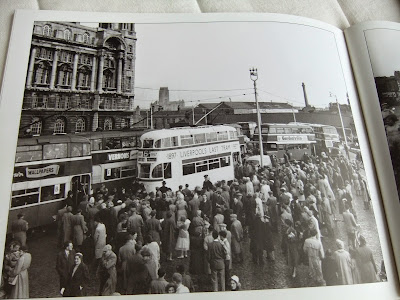 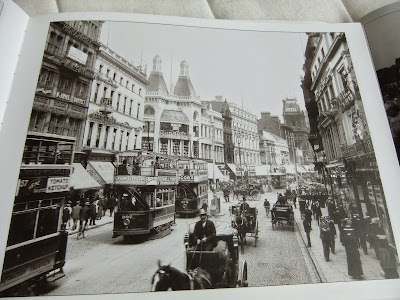 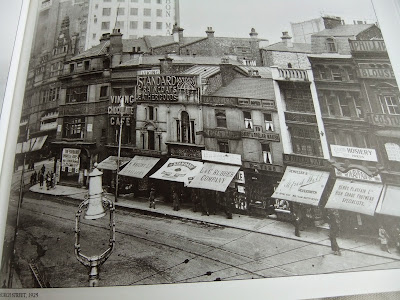 Church Street 1925
The city was second only to London for the amount of bombing that took place and I have vivid memories from childhood of seeing whole streets flattened by the air raids during the night. I remember very well the warning sirens and the all clear when the planes had returned to Germany.
Go here to see a modern transformed city, especially the waterfront

I can do lots more posts on times gone by in Liverpool so have titled this one part 1.

That must have been a frightening experience to live through the air raids and to witness the devastation. Liverpool really has a lot of interesting history. Dear and I were in Liverpool in 1973 and we sang in concerts in schools, churches, and a hall where the Beatles sang.

Looks like a beautiful, large, modern city with lots of interesting history. I had no idea that it had been your history. Stories of The Blitz have always frightened me and they still reach out and give me a chill.

My husband lived through the war in Liverpool as a child. It was pretty bad. Then In 1959 he was a pastor with the Liverpool City Mission and Chaplain to the Port of Liverpool. There were certainly slums round Breck Street where we lived. A year later we moved to Canada.

I can't resist a book of old photos and find them especially interesting if they portray a place I've lived. I've never visited Liverpool but am of the generation that was thrilled by the Merseybeat. This was an interesting post.

That's just amazing. I have never lived in a big city where buildings are like that and trains. It is amazing to me.

All what I knew about Liverpool is that it is an industrial city and that the Beatles are from Liverpool. Thank you for this interesting post from which we learn something more about the history and the nowadays modern city of Liverpool.

I loved reading this and seeing the pictures. I am a great fan of reading about the history of different places. Looking forward to more.

To me, Liverpool means the Beatles in the early 1960's . . . and my grandfather caught a ship in Liverpool on his way to the USA in 1910 when he emigrated from Austria-Hungary. I know it has lots of memories for you. Seems you are enjoying a little trip down memory's lane with this photo book. I see many of the photos are long before your time, but it's always so interesting to see the history of the area where one was raised. And you have a lot more history over there than we do here.

I didn't know you were born in Liverpool! When I was growing up in the 60's, you can imagine how we wanted to visit Liverpool. jealous!

Very interesting and love the old photos! I didn't realize Liverpool was bombed so much. Very frightening. Congratulations on your blogging anniversary last month, Barbara! So glad you are still posting after 8 years! Blessings, Bess

Old photos are fascinating glimpses into the past. I had no idea that Liverpool had been so badly bombed during the war, or that you lived there.

Enjoyed that post Barbara. Haven't been to Liverpool for a while now. I do enjoy it I especially like the Maritime Museum.