The Lost Gardens of Helligan, Cornwall

I have always wanted to visit Heligan since I watched a TV series on the restoration some years ago.
The estate has been in the Tremayne family for over 4 centuries.
The original 'lost gardens' were only discovered in 1990 and all that you see today has been restored since then. 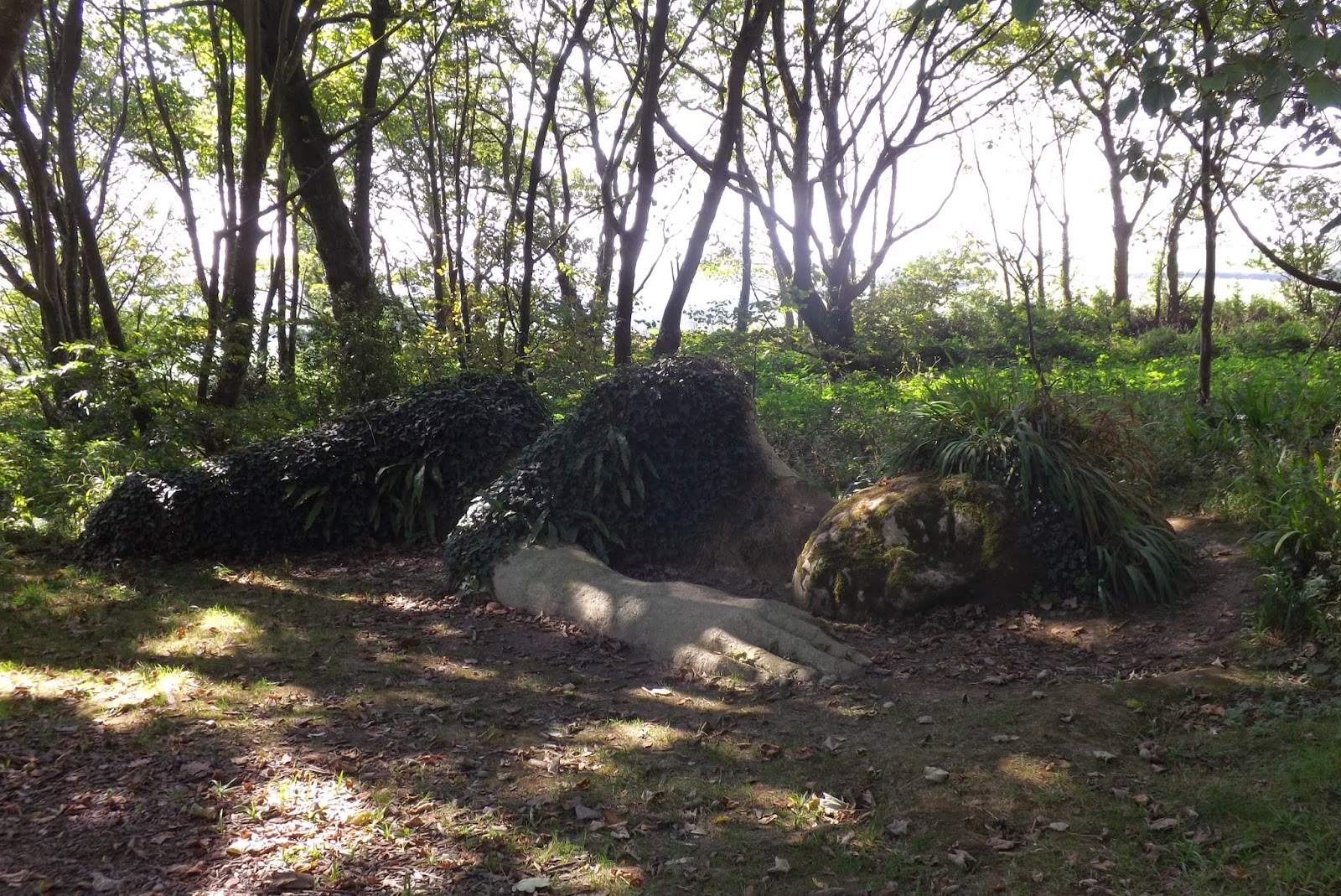 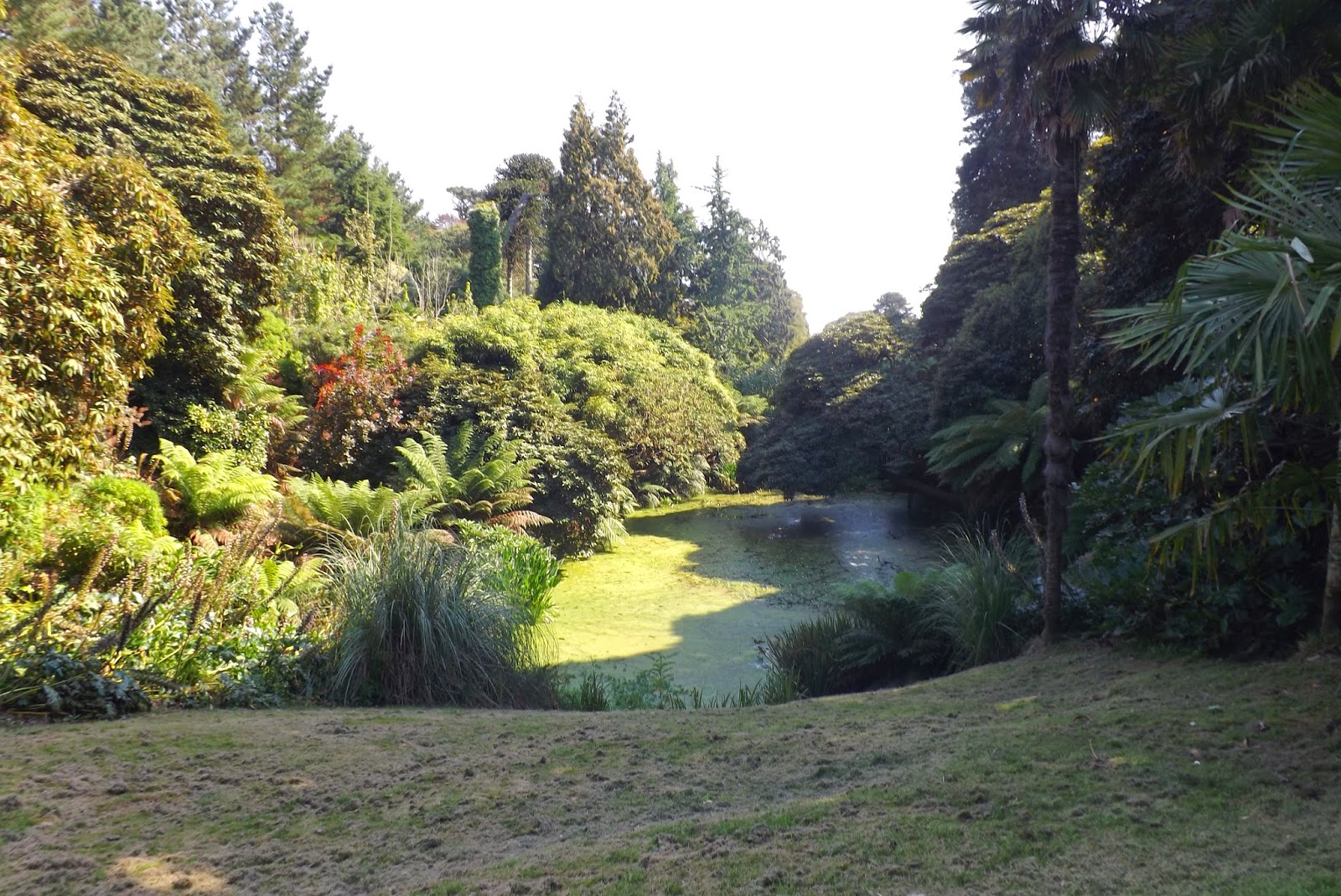 There is much of interest in this garden but it was The Jungle that was the attraction for us
but first lunch in their great restaurant where everything is grown here, or bought in locally 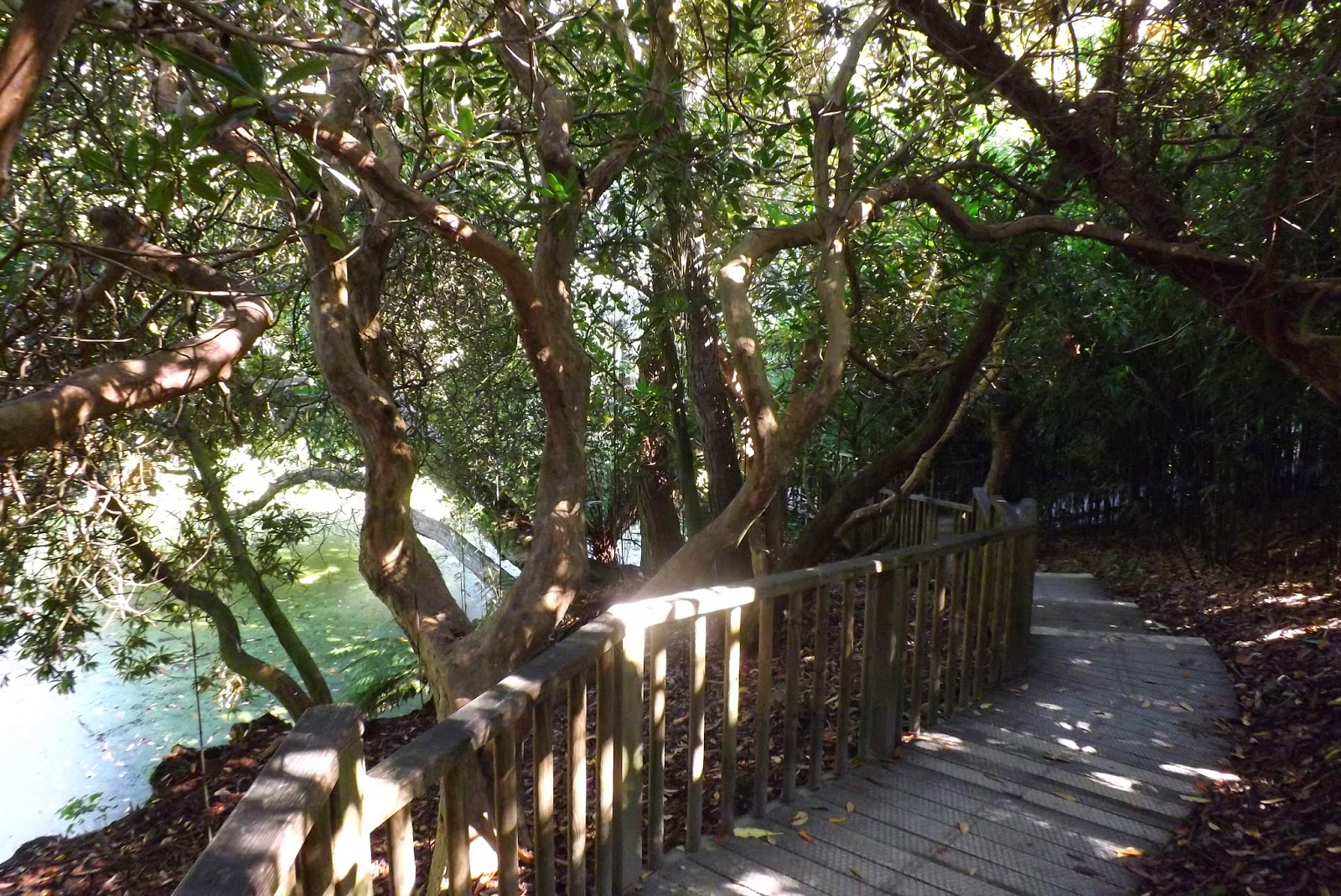 It is situated on, and at the bottom of two steep hillsides and has it's own climate 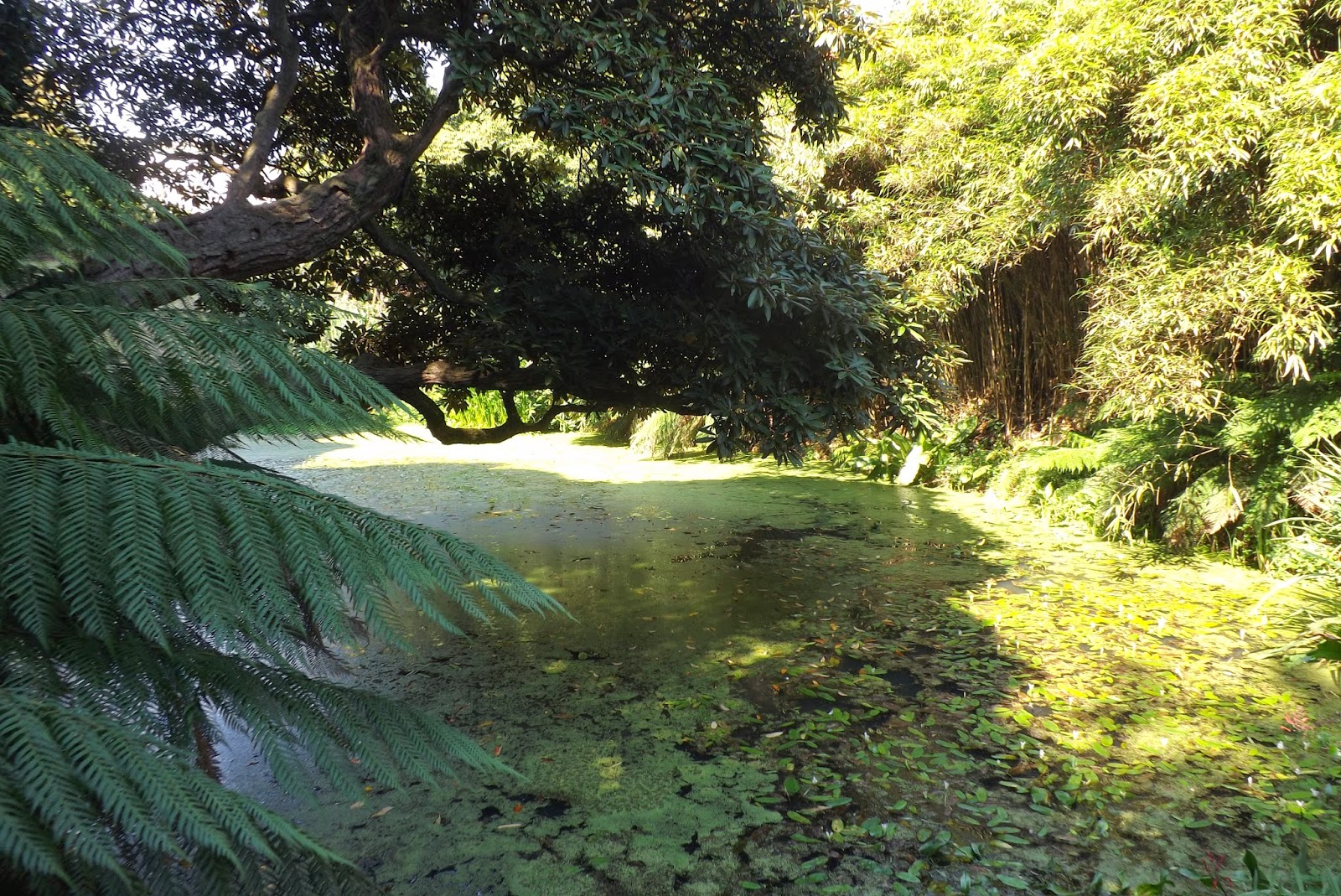 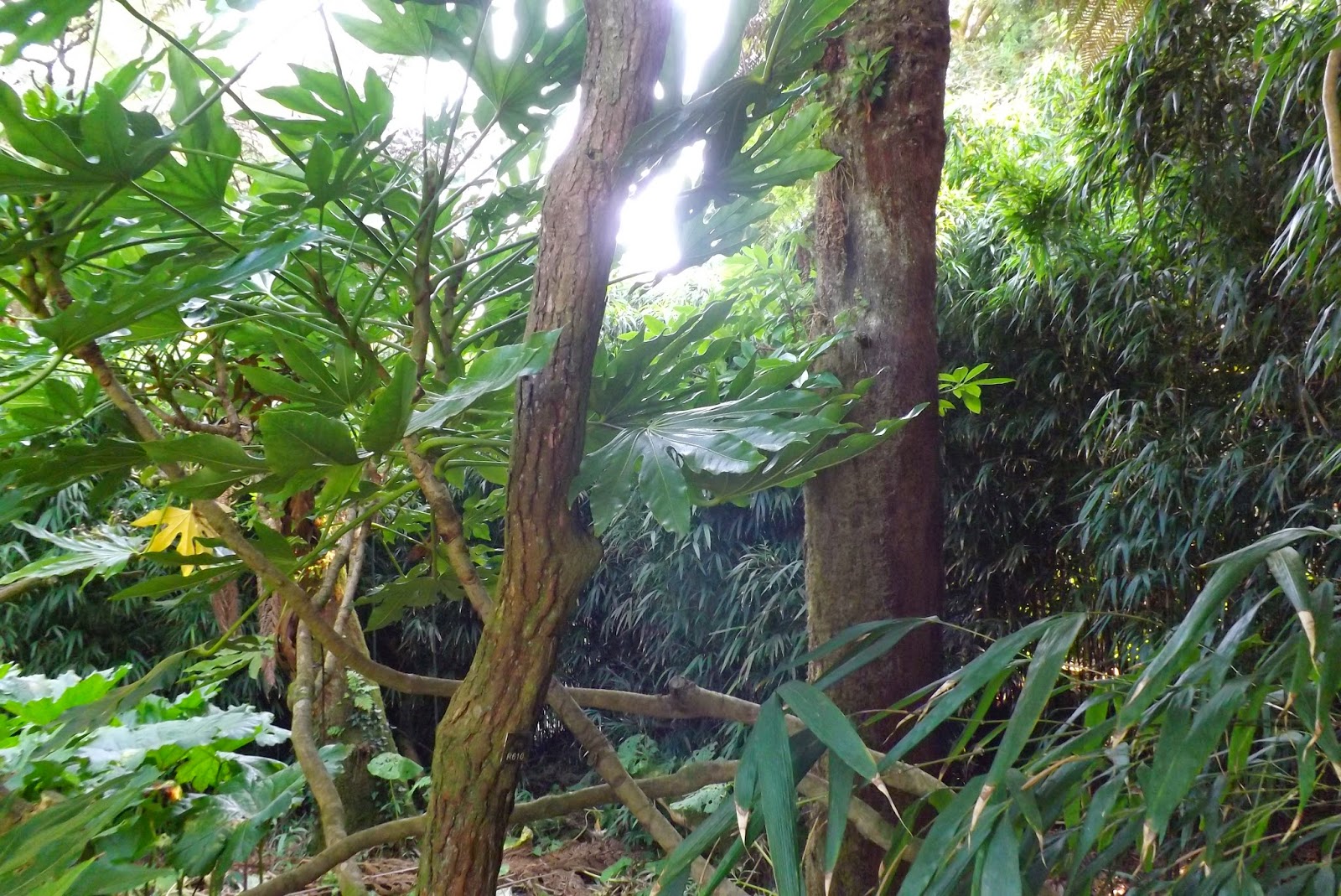 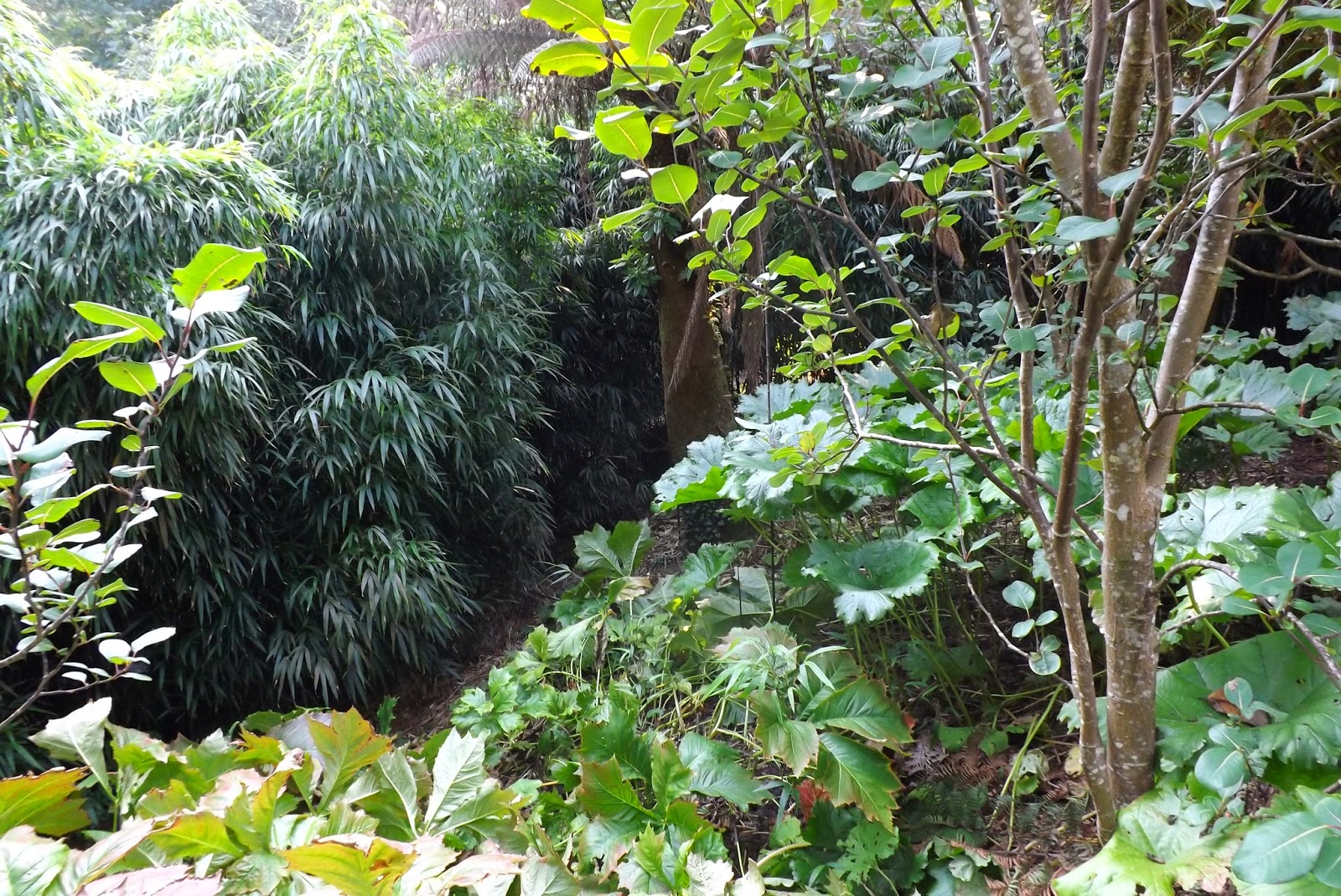 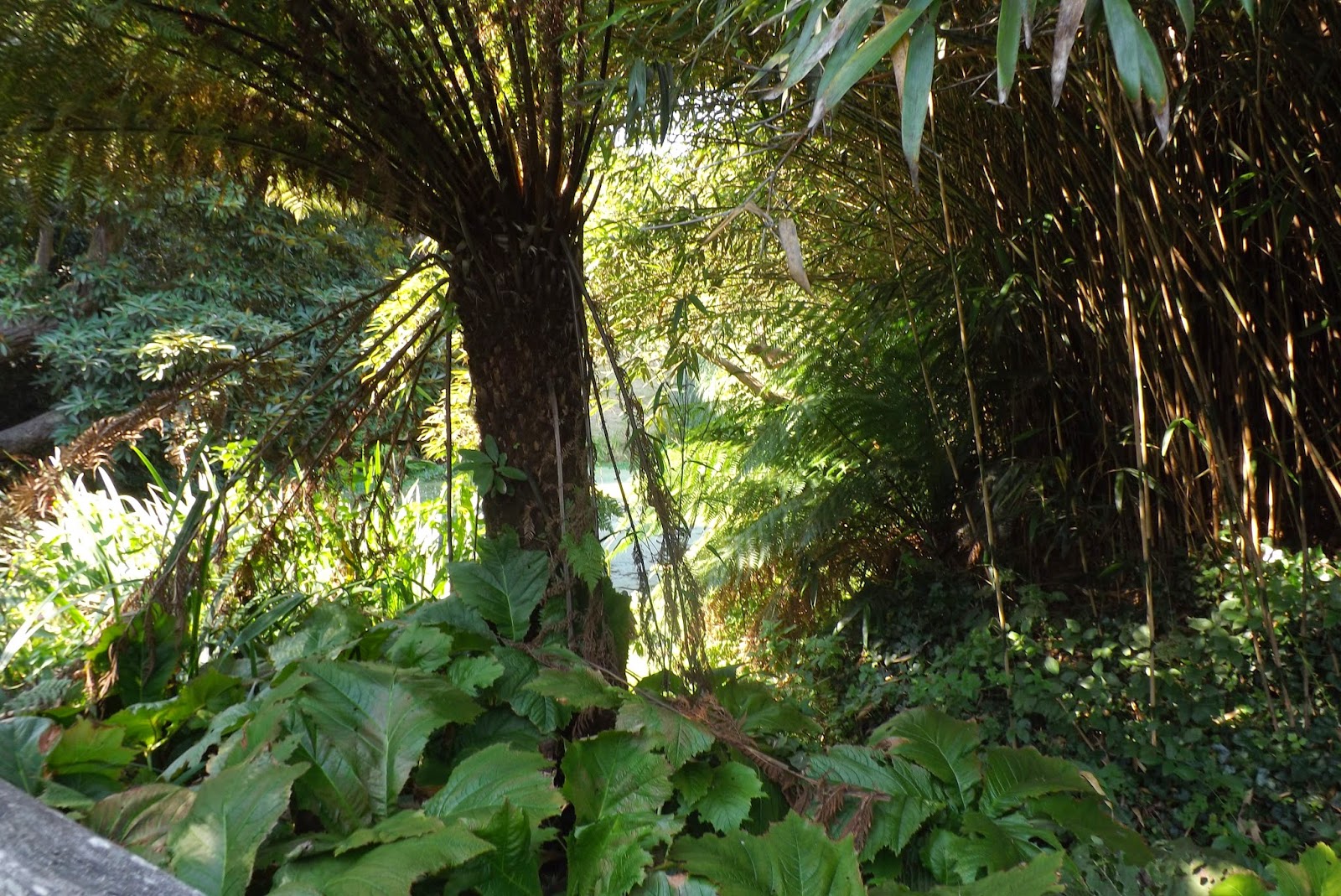 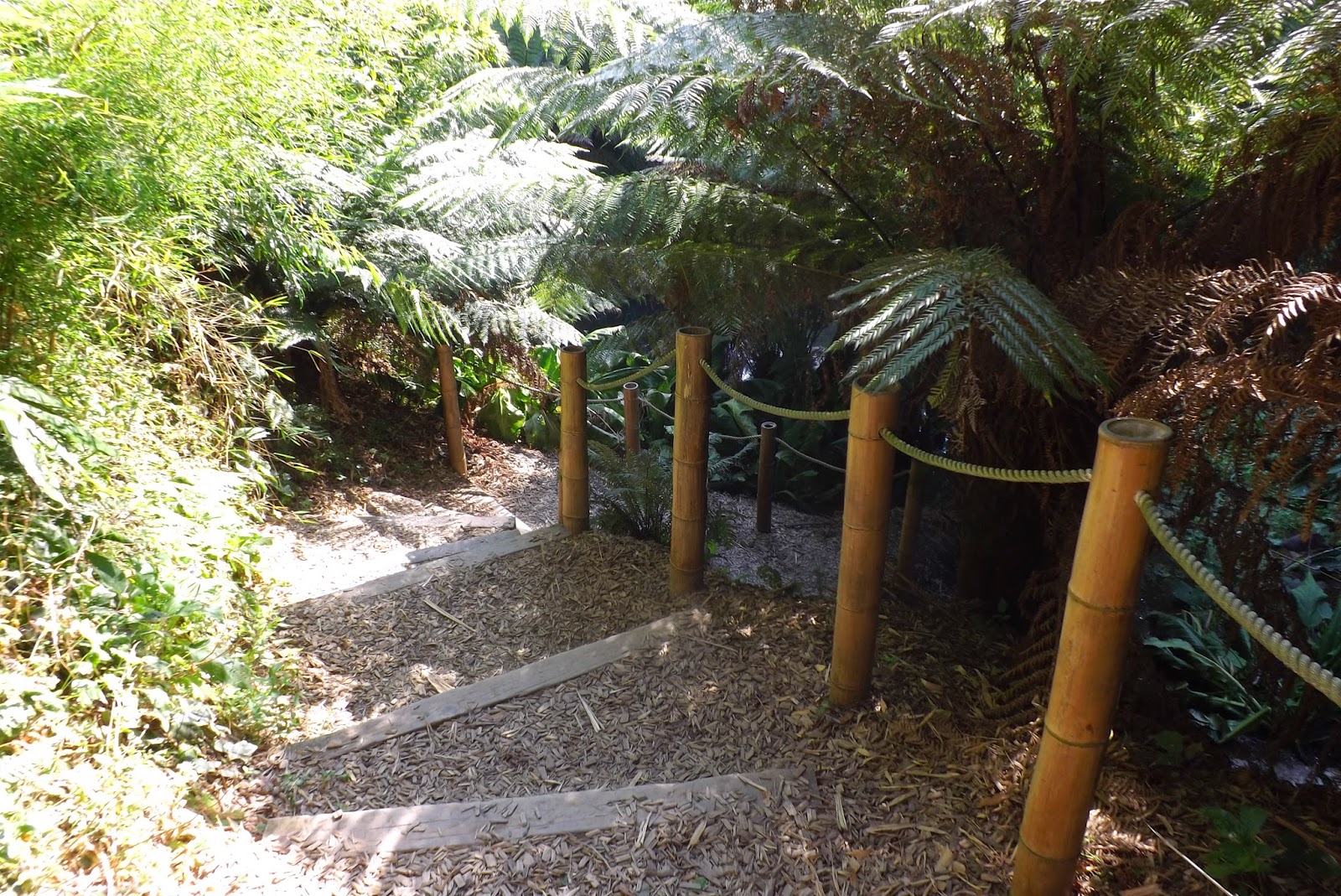 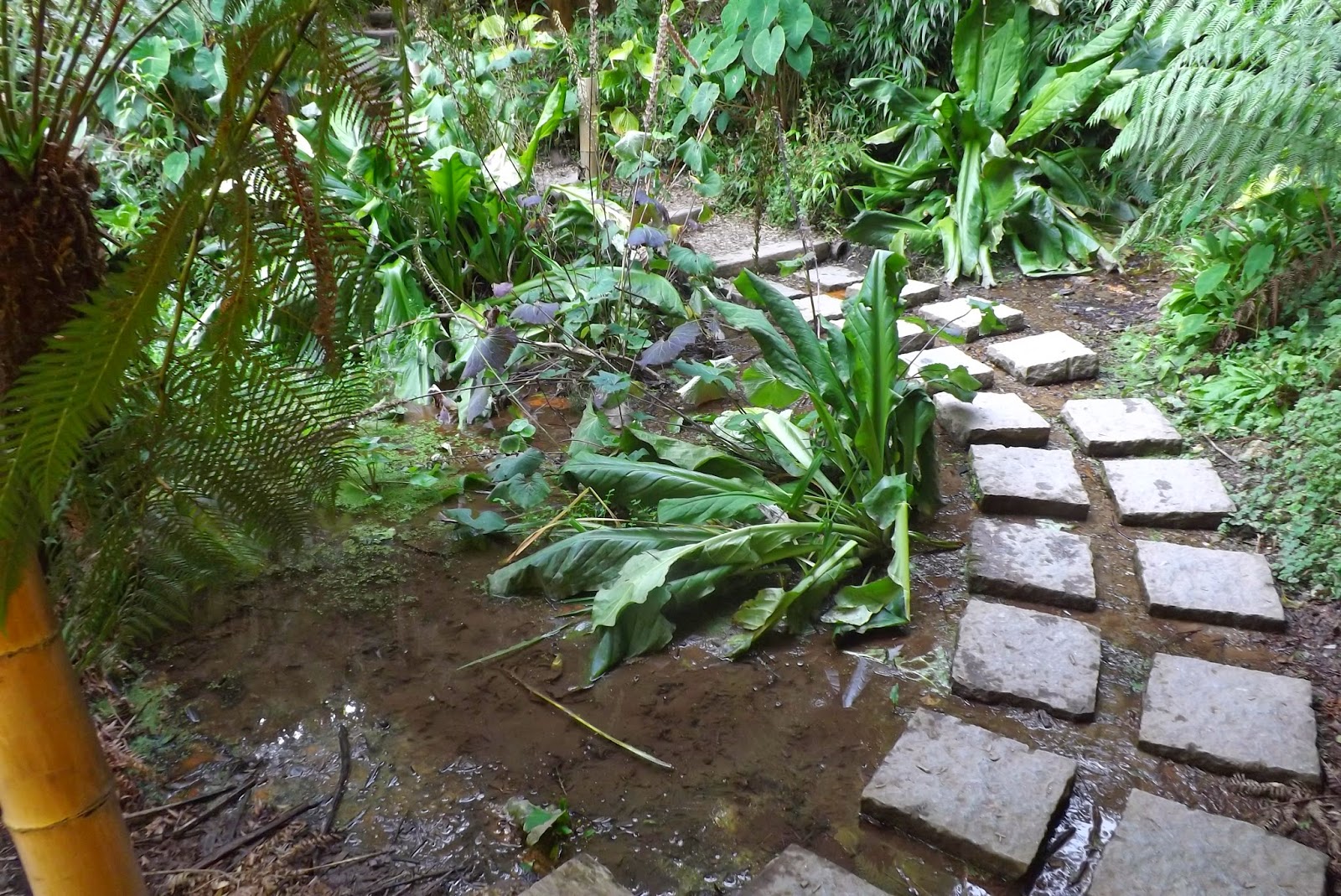 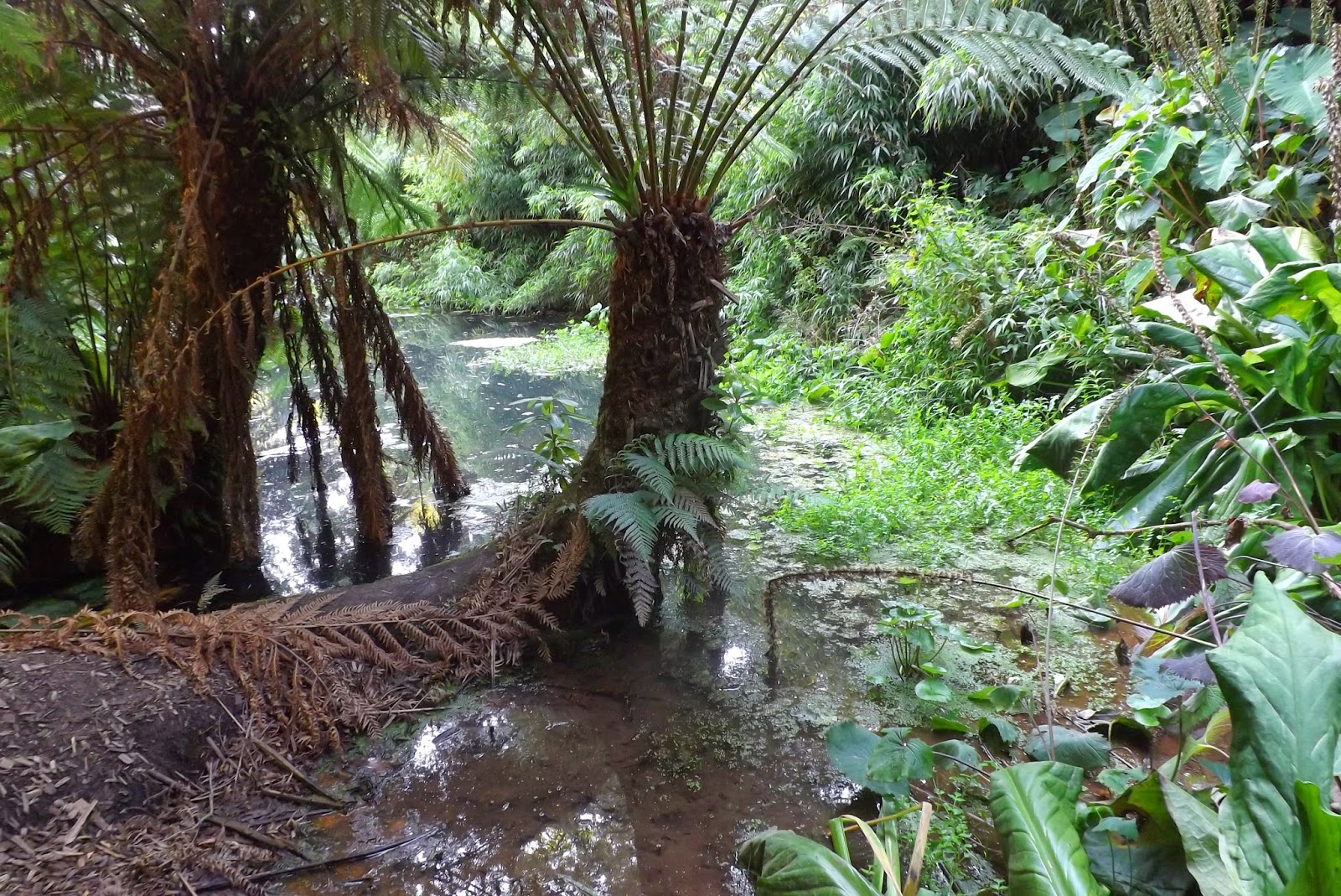 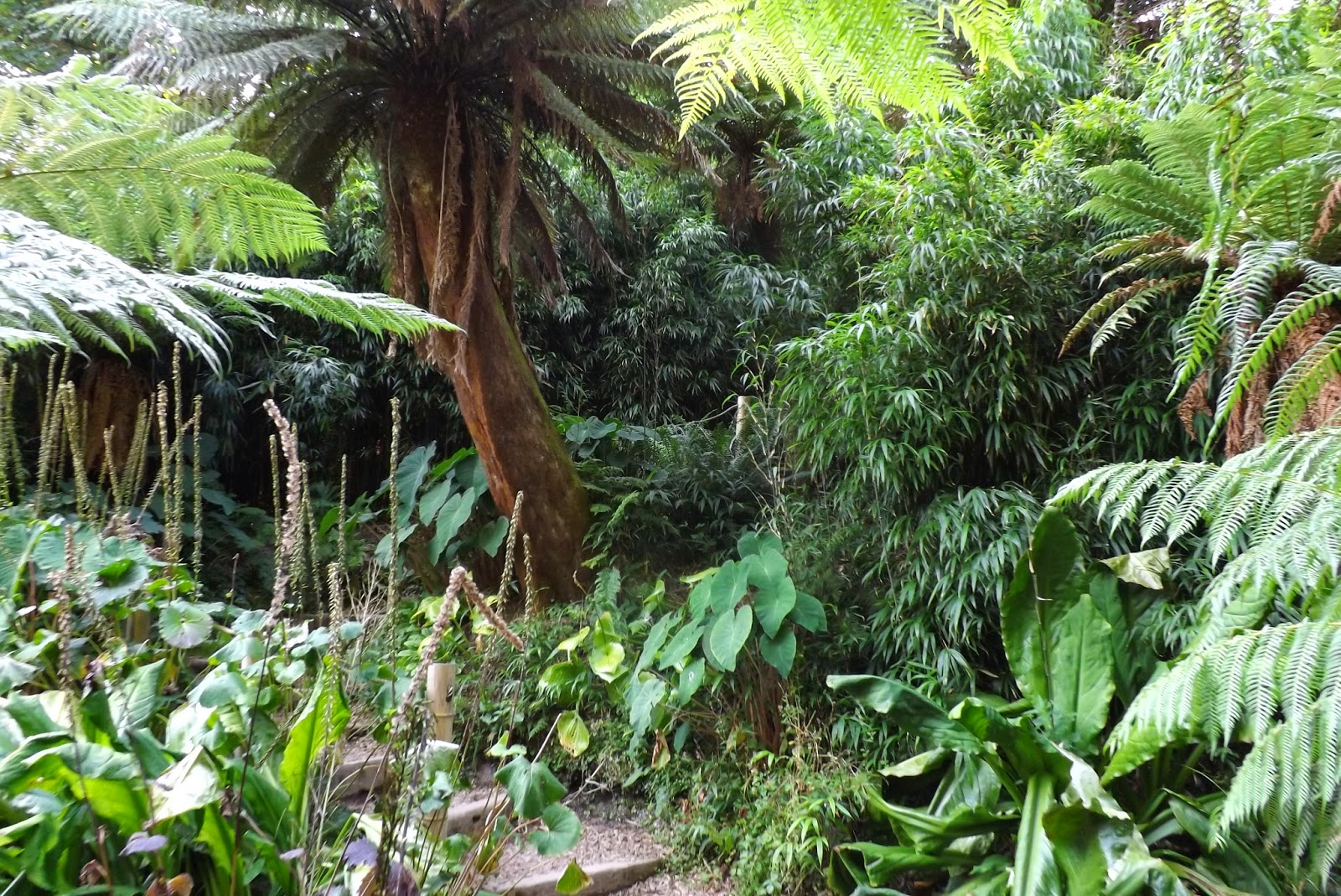 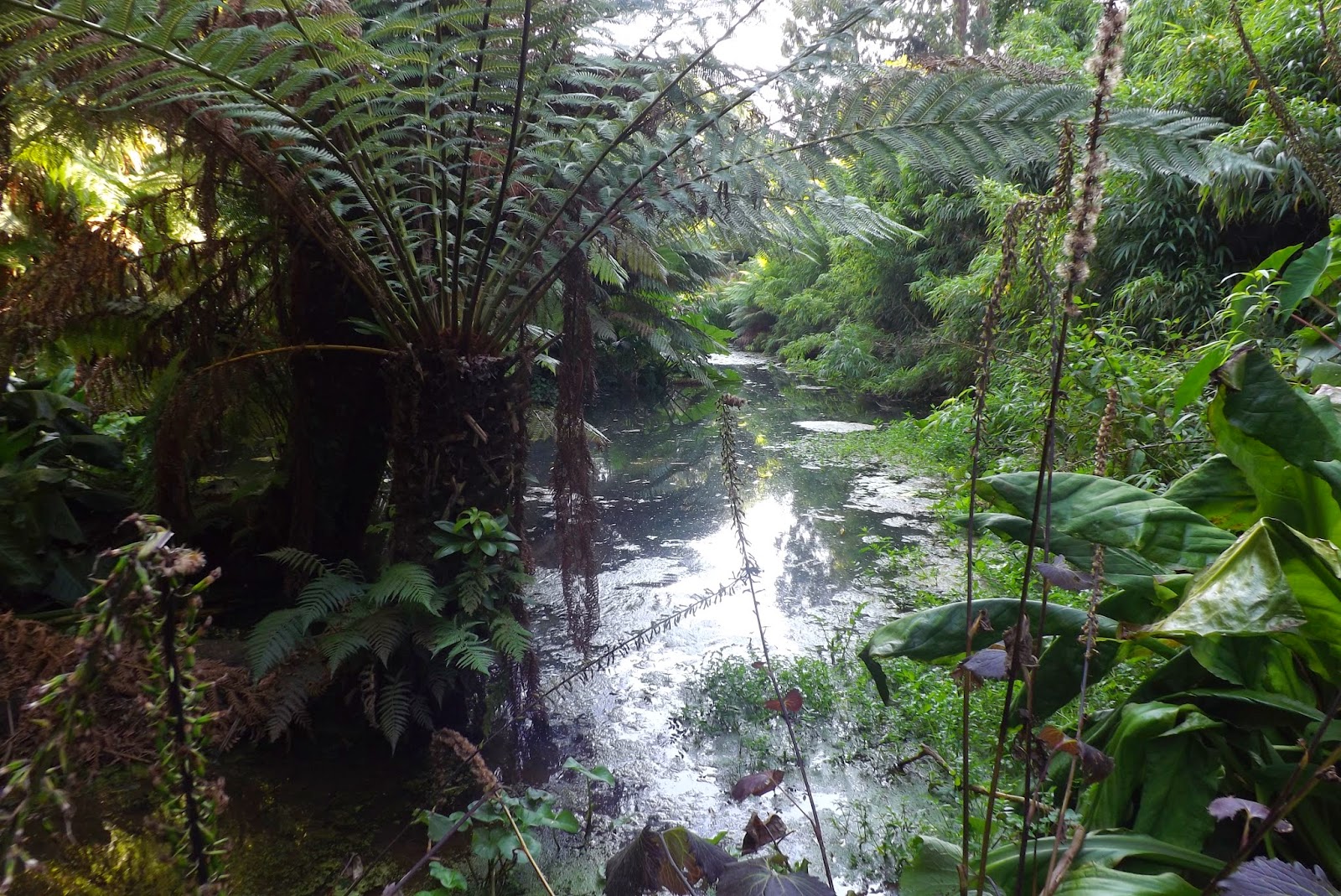 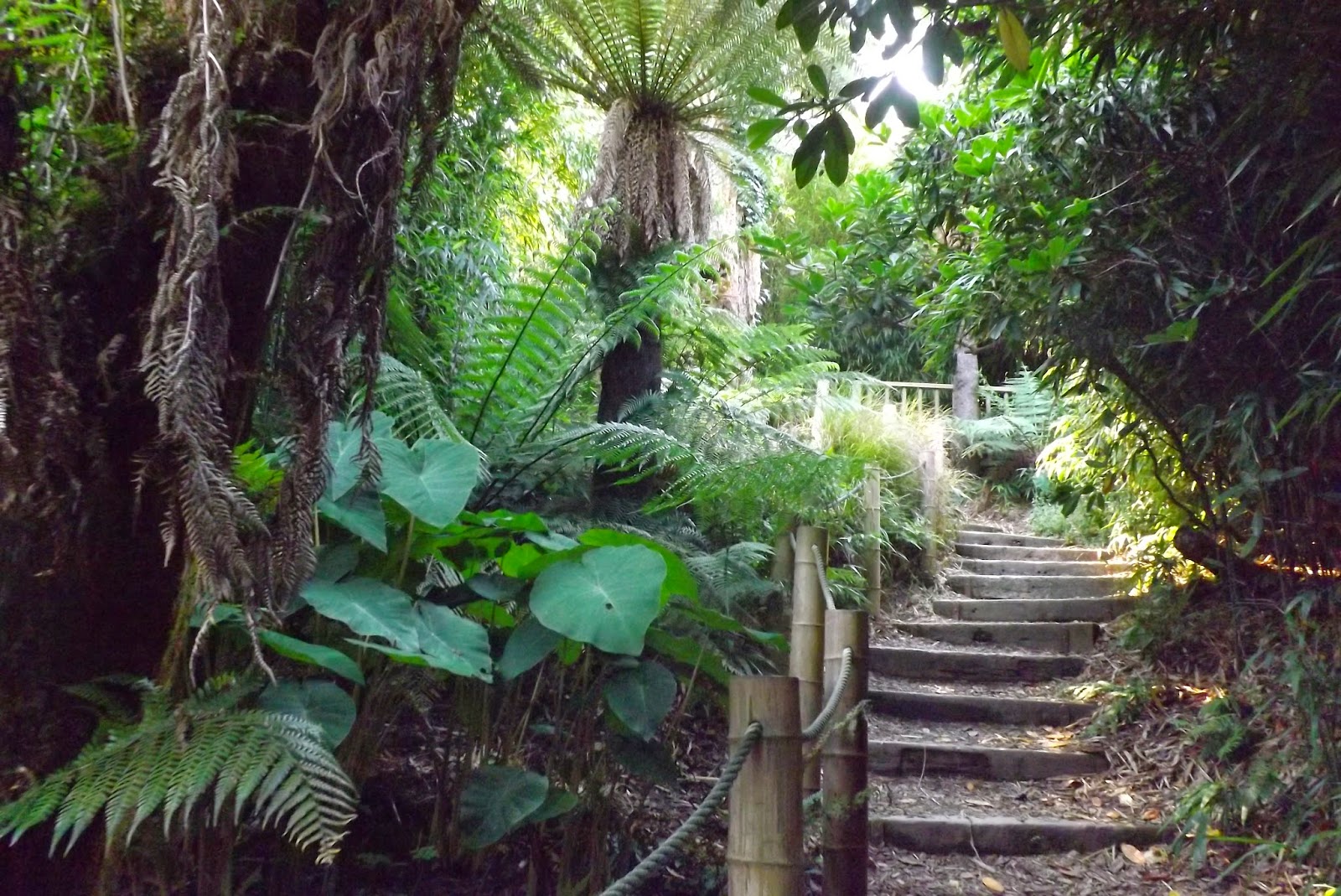 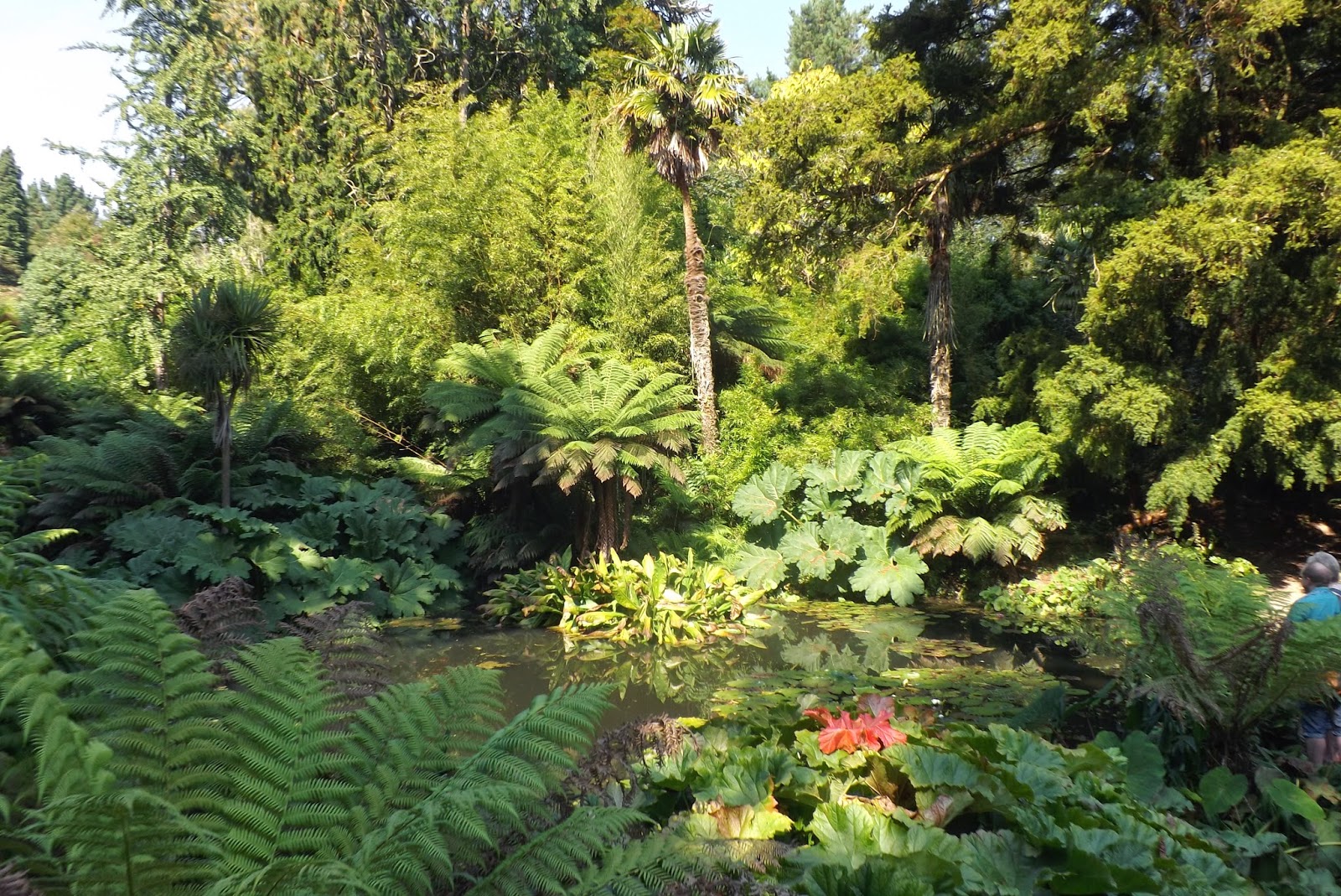 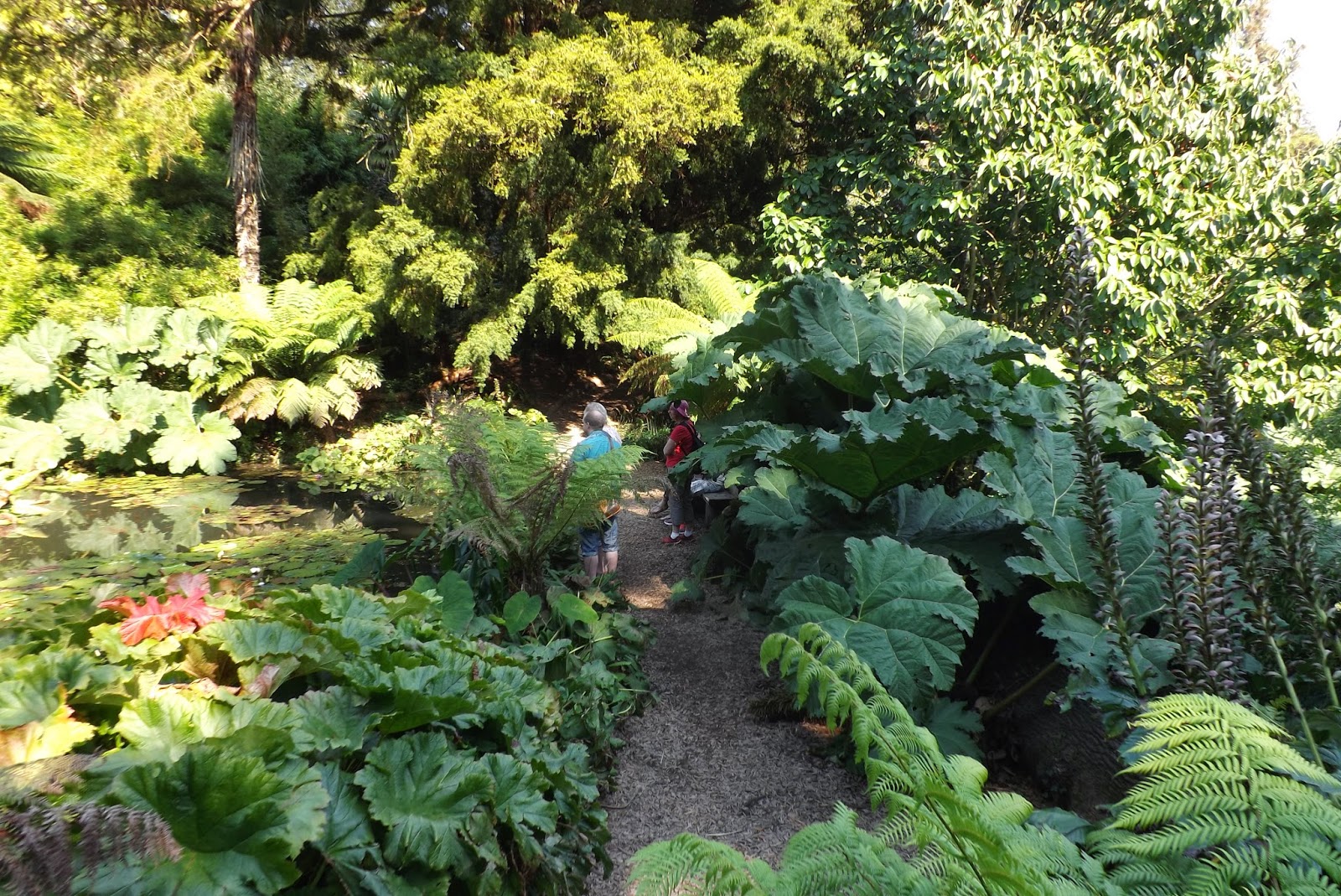 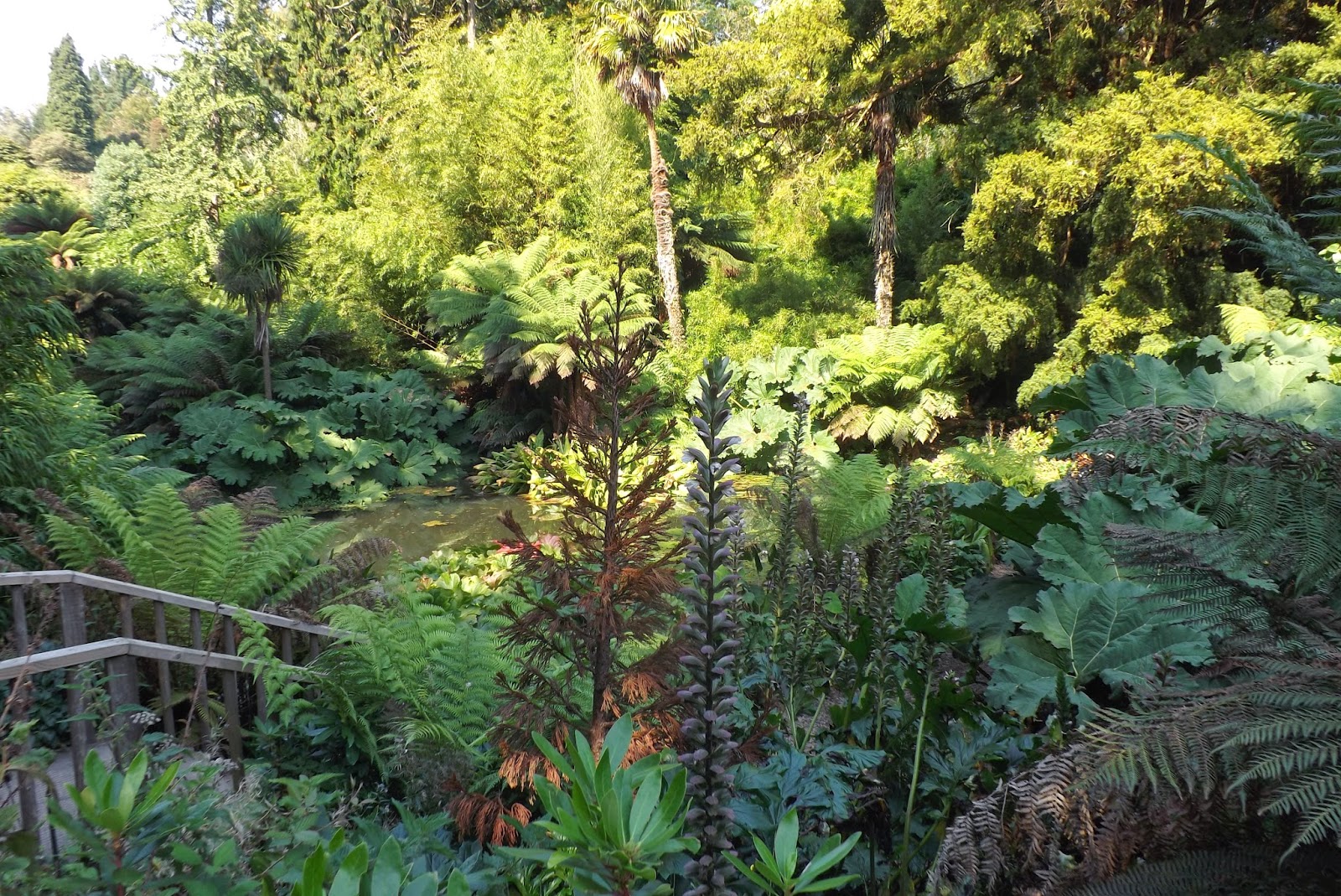 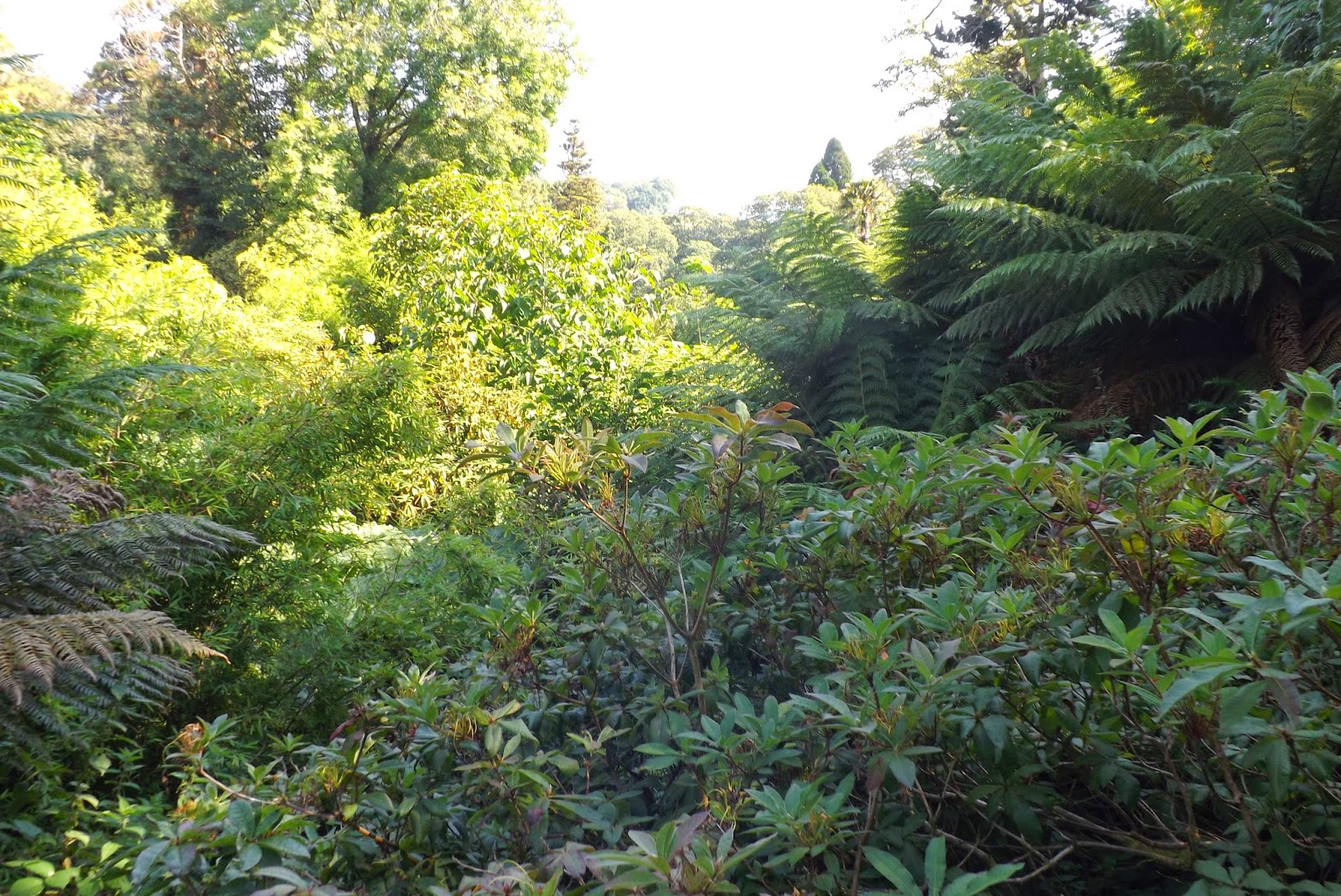 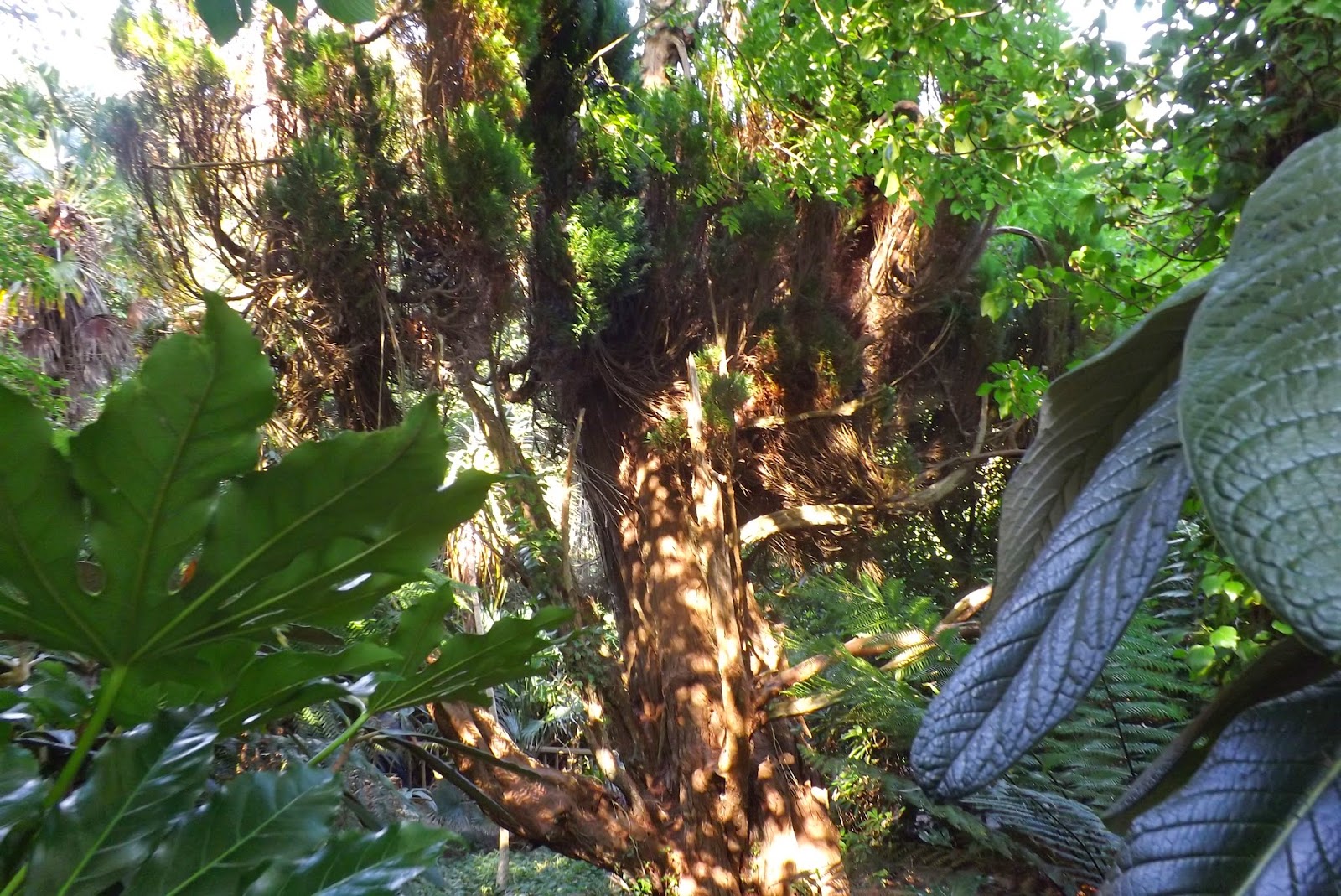 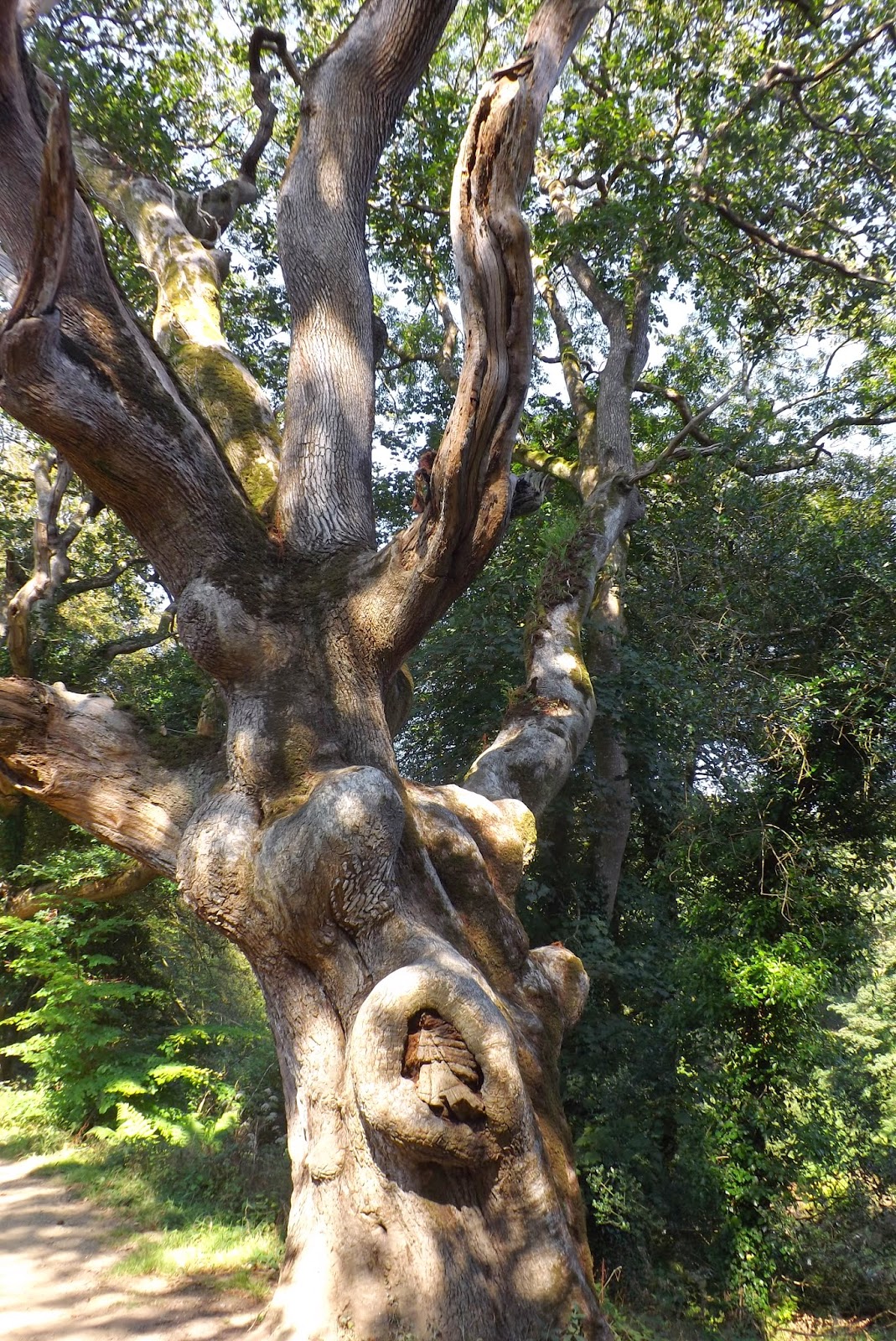 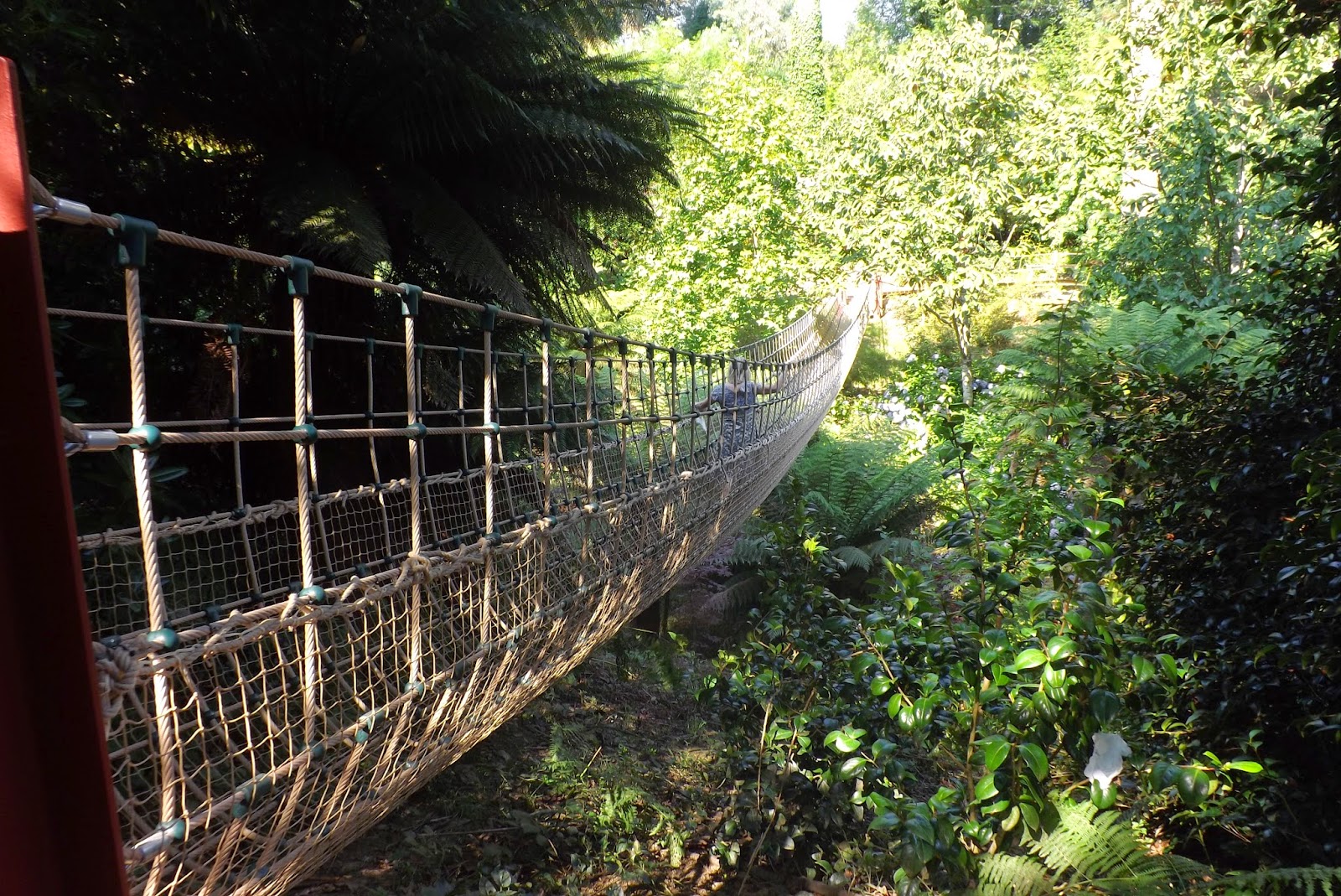 Well this was scary 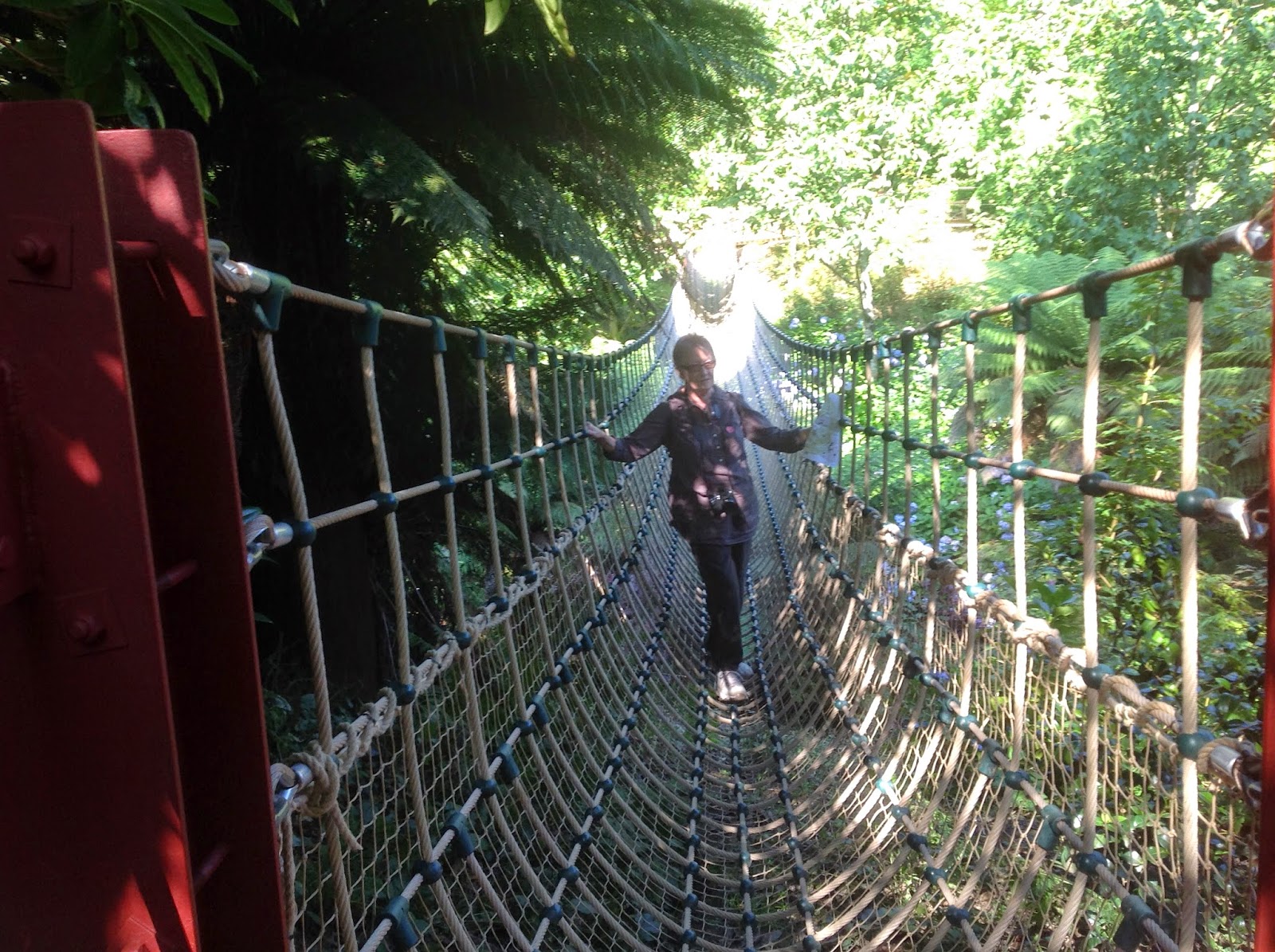 Our first visit there was just after it opened. How it has changed now!

Those rope bridges give me real fears. As well, they are difficult to navigate. It looks like it was a great place to wander through some wonderful gardens.

It looks so tropical. Perhaps that's a fact of the microclimate there. The rope bridge reminds me of the jungle, too.

Plants grow really well in England. Even exotic things from other climates. It's the cool rainy climate you have there. Thanks for sharing the jungle. I'm off to start up some little plants for Halloween.
Hugs

You are brave to cross that bridge! Did it move a lot? The lady in mud was very interesting. I especially like her hair.

I have the book 'The lost gardens of Helligan'. Thank you for showing us these beautiful pictures, it's like a jungle.

Thank you for this tour Barbara. The plants are amazing and you are very brave to be on that bridge. I think I would need a very strong tea too if I had walked on those ropes hanging in the air.
Audrey.

I applaud you on your strength and perseverance to get around. I confess, I would have stayed in the level areas and then enjoyed the restaurant . . . for a long, leisurely time.

Thanks for taking us with you. I saw that programme on the restoration (or a programme) and have always wanted to visit the gardens since then. I too was especially keen to see the jungle so if I never make it at least I'll have been there with you.

Wow! That garden is unbelievable. Palm trees in UK, I never would have thought that possible. There is one shot where you see two people on the path and what looks like a giant rhubarb plant. Do you know what that plant was?
Thanks for sharing your adventure . . . I had a marvelous time looking through your photos.
Connie :)