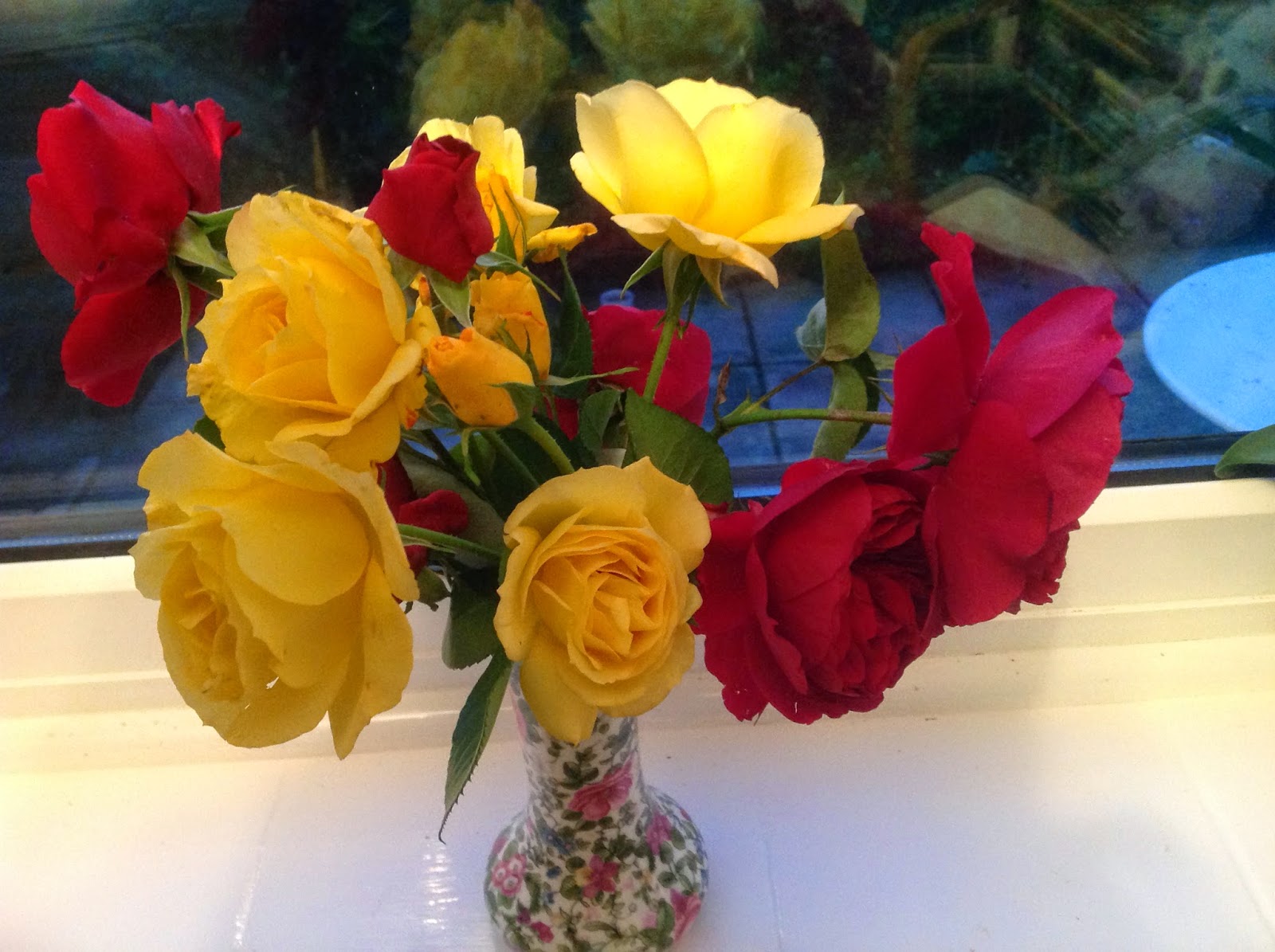 Frustratingly there is lots I still can't do on my computer so do bear with me on posting and visiting.
My laptop problem was nothing more that a clogged up fan which had been causing it to over heat and crash. This was cleaned and software checked and all was well. However when I opened it up it had been completely wiped. The only thing on it was an empty recycle bin.
I had backed up all my documents and photos but had no idea that I would need to back up everything on my computer including programmes. This was a safeguard in case anything was lost.
What this meant was I had lost virus protection, documents, photographs, E-mails (hundreds), contact addresses (hundreds), bookmarks (hundreds), downloaded software and programmes (including bought software), blog - which kept me locked out of that initially, over 900 songs in i-tunes (all now have to be re-loaded from C.D.'s) and all my personal formatting etc.
Added to this my last back-up before I handed in computer for some reason did not work.

I went to PC World yesterday to find that I did not
'have a leg to stand on' as I had signed a document absolving them from all responsibility when I had thought I was just signing to say I was handed my laptop over to them for repair.

A pretty knowledgeable friend has been sitting with me for most of 3 days and I am now able to use the priority stuff but I have a long way to go in bringing computer to where I want it and some will never be the same. It's going to be a long haul.
I have lost most of my Summer photos as they were on the failed back-up but fortunately I had put my Cornwall photos into a separate folder.

I have now bought and installed an expensive back-up system that will automatically back  up to my external hard drive at a time I choose daily, weekly or whatever.
Closing the stable door after the horse has bolted.
We do learn by our mistakes don't we!

Labels: My Garden, My Life

Oh, Barbara...how frustrating. I know how it is to lose things when your computer fails.
We do learn from our mistakes....though it is a hard lesson.
Life and it's many ups and downs gets harder as we age. We have to just roll with the flow sometimes.
Take care,
Balisha

I am just happy to hear from you! I mentioned to my hubby last Sunday that you hadn't blogged in a long time. I was worried. So glad it was just your computer.
Hugs

Oh Barbara, that is a terrible thing to happen. It makes me realize that I must do something about my back up system.

Oh no, we don't realize how much we rely on our computers till something happens. Yes, a learning experience, but one you probably didn't want to learn the hard way. Hope you get it sorted out the way you want it.

So sorry to hear about your computer. That is frustrating indeed. I've lost things before due to the computer crashing and know how important back ups are.

How frustrating for you, Barbara. Backing up my files (and programs) is something I'm not very consistent with, but your cautionary tale might motivate me.
I do hope you get things working soon.

What a nightmare, Barbara!
I'm so sorry and can quite understand how horribly frustrating this must have been/probably still is.
I'm sure you have spent countless hours trying to sort this out. One good thing - when all else fails you can turn to your blog and recover many treasured memories from the last seven years.
So here's wishing you luck in trying to reorganize everything.
Yes, a good idea to get an external company to store your data.

Weather here still good enough to play outside with the grandchildren.
Best to you both.

I am so sorry to hear of you computer woes, how frustrating for you. I hope you get back up and running soon.

Is there any chance that some of your photos are still on the camera memory card?

I am sorry to hear about your terrible computer problems and losing your pictures. It is such an awful feeling to lose anything. Years ago we only had to worry about losing an article of some sort, but now it seems to be that so much of our life's events and information is stored on our computers.
You have taught me something again Barbara, and that is to back up my computer.
The best of luck to you on restoring things to how you like it.
Audrey.

When I read this post I only thought `this is just horrable`. I think the worst thing is that your pictures have gone, so sad. With you a lot of success to get it all working again.

Oh we do, but it is always such a hard way to learn. I mean, you were doing all that you knew how to do. Glad that you have a friend helping you get things in more workable order. I am sorry for the frustrations.

Dear Barbara, So sorry to hear of your computer troubles! Mine has crashed too and I'm writing from my kindle. I'm.especially sad for your lost pictures :-(
Hope you up and running soon!
Many Blessings,Linnie

I myself use an oldfashion internetconnection using the telephonesocket and a modem, I don´t want anything wireless on it when it comes to the internet. I have just noticed that something is installing a wireless connection when Im doing my best to inactivate or even to remove all drivers that may run the wireless machinery for internet that is on my new laptop. I keep removing the drivers and something someone is constantly installing. Persecution can surely be done through computers as well, don´t you Think Barbara!?
Gods Peace
Ann-sofie Kassberg