Having moved on from the house, we pass a vintage Rolls Royce 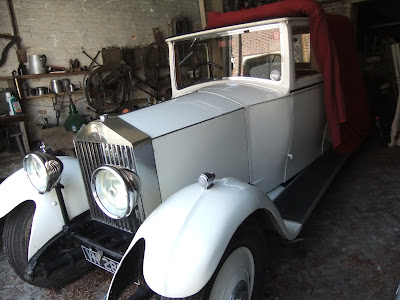 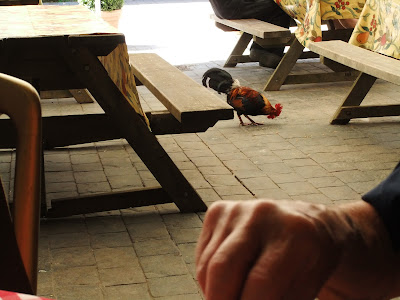 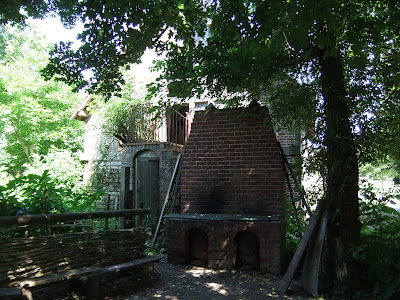 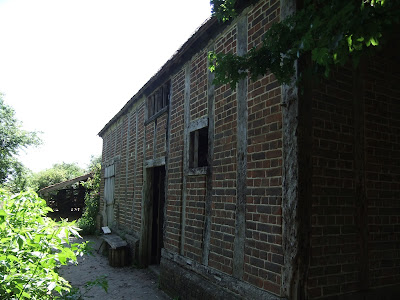 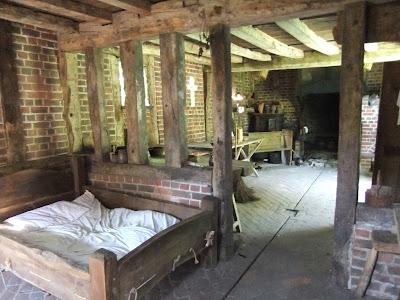 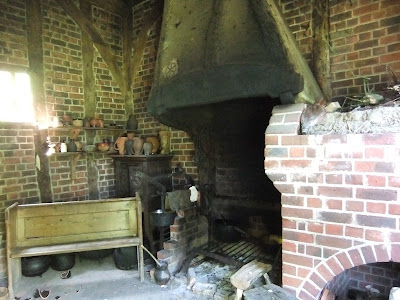 This cottage had it's own oven 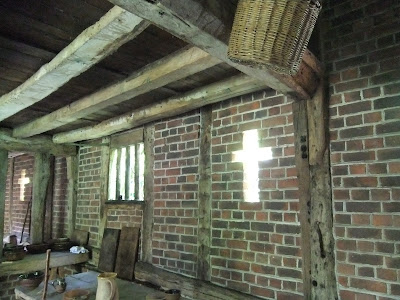 Notice the window in the form of a cross 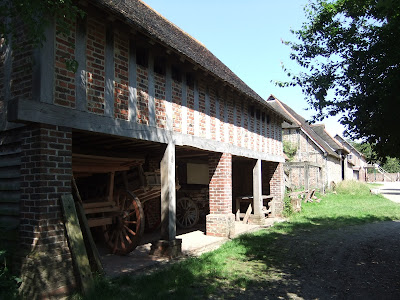 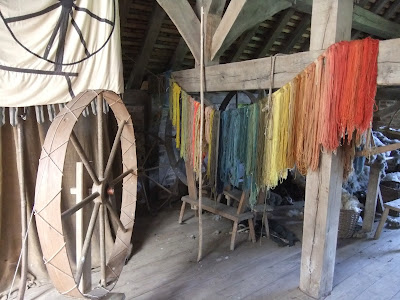 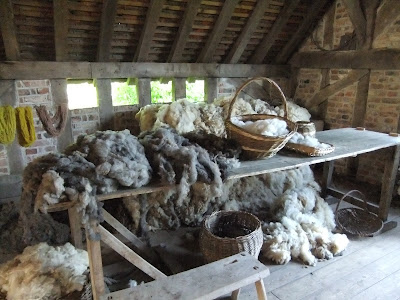 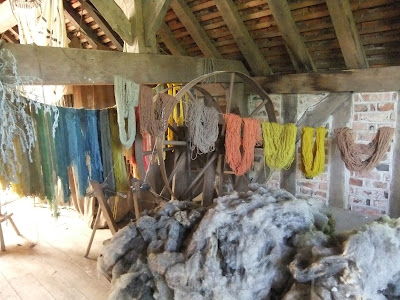 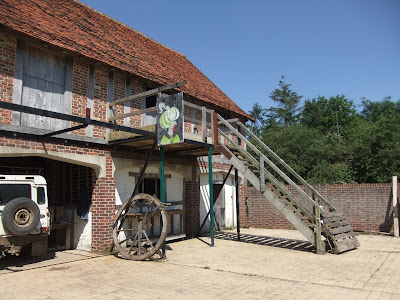 Here we see what was the estate brewery 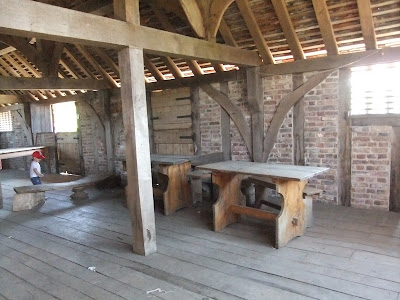 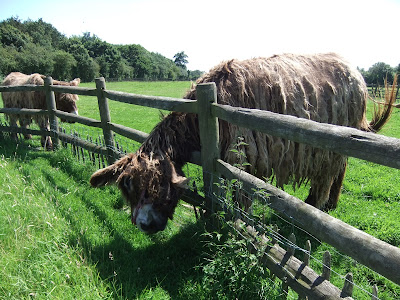 Passing some of the rare breed cattle 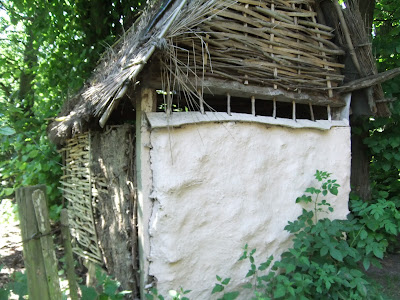 and the Woodman's hut 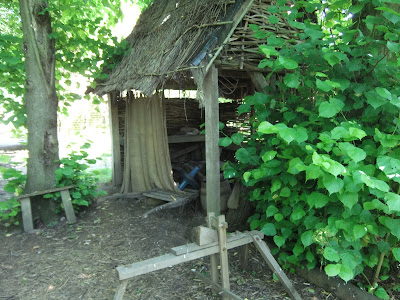 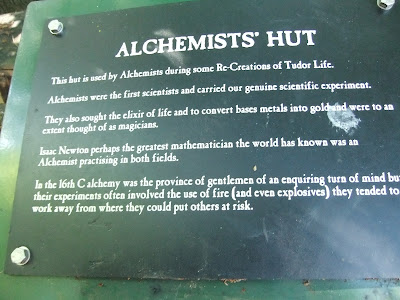 Before coming to the Alchemists' hut
alchemists were the first scientists and carried out genuine scientific experiment
They also sought the elexir of life and to convert bases metals into gold and were to an extent thought of as magicians.
Isaac Newton, perhaps the greatest mathematician the world has known was an Alchemist practicing in both fields.
In the 16th century Alchemy was the province of gentlemen of an enquiring turn of mind but their experiments often involved the use of fire (and even explosives) they tended to work away from where they could put others at risk. 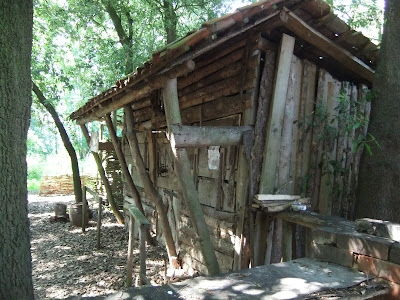 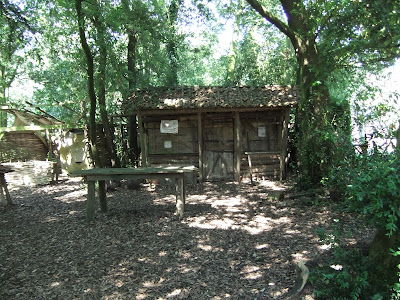 Very interesting sites of life in the times there. There is certainly lots to see around there. It's a rainy gloomy day here so these pictures cheered me up a bit. Thank you for sharing as always.

WOW! the cottage lasted this long? It's still quite sturdy looking, nice clean bricking and the beams are giant. Looks like a bit of sweeping and you could still use it and be quite comfy.
Thanks for the look-see.
Hugs

How very interesting! I loved the old cabin and the woodsman hut.

Such wonderful photos. What a lovely place to visit.

You always weave an interesting post, Barbara. Those cattle look like moving haystacks. I must do some research on them...so interesting. I had never heard this of Issac Newton before either.

I especially liked seeing the wool being processed, the unique creature, and the cross windows, but I enjoyed your whole post, including being reminded about the meaning of alchemy, Barbara. Thanks :) from Gracie

I'd have never known that was a rare breed of cattle with all that long, shaggy hair in dread locks if you hadn't told us.

Very interesting about the alchemist's hut!

How fascinating that there is an alchemists hut!

Such interesting tidbits. I wonder how many explosions occurred before the alchemists decided to experiment away from the main living quarters.

I loved seeing the fleece, dyed wool and even a great wheel. woowh.

They are indeed very rare cattle! ;-)

Actually, I suspect the sign hadn't been swapped when you visited as these shaggy "dreadlocked" creatures are donkeys. Their name is "Poitou" and these two are very friendly. Their coats grow like that. More information on them here: https://en.wikipedia.org/wiki/Poitou_donkey

BTW I take part at Kentwell in their Tudor events and more recently their WWI and Victorian events. Some of the "farm" buildings are original to the time period (Medieval and 16th century) which were facing demolition. The private owners' of Kentwell rescued them by sheer dint of taking the building down brick by brick; timber by timber and carefully rebuilding it at Kentwell. Other buildings such as the Ale house (your comment was "brewery") are new builds in the old style.

The Woolshed is properly used in the Tudor events - we have many ladies on the manor who know how to spin on a drop spindle, use the Great Wheel and weave on the loom that was made by one of the Tudor working men who take part, to a design from the 16th century.

Glad you had a lovely time. Maybe one day you can come back and see it when there is a Tudor event on.