Excited and relieved to hear that son Peter reached the summit
(almost 20,000 ft) of Mt. Kilimanjaro yesterday.
Only 6 out of the 11 on the trek did. 15 hours of walking at high altitude yesterday for the final push. That means slowly putting one foot in front of the other.
He did not suffer altitude sickness at all but many suffered badly and that means being taken down the mountain quickly.
Looking forward to the photos. Peter says it was exhausting but awesome.
I think he has deserved his 4 days of rest and relaxation in Zanzibar as well as taking in more excursions to see the animals.
Thank you to those who said they were thinking of him and praying for him 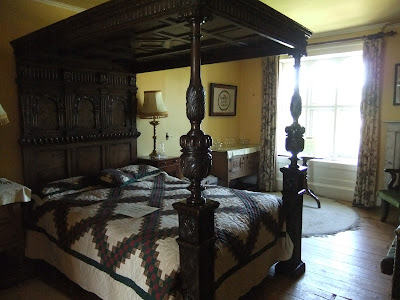 Still wandering around the guest rooms 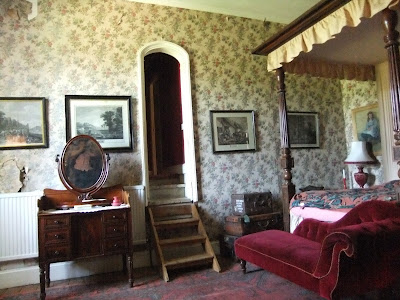 One takes the steps up to the en-suite in this room
without a rail I was imagining falling down  these steps during the night! 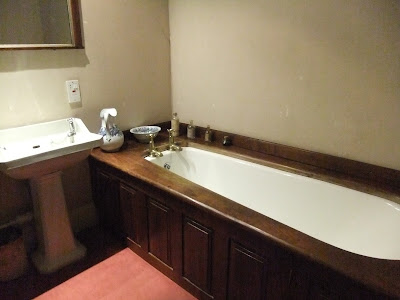 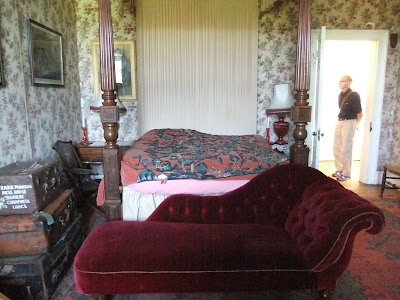 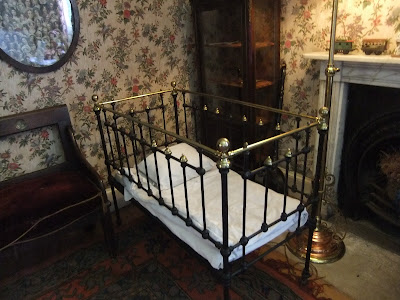 A very different cot to the one in the servants quarters 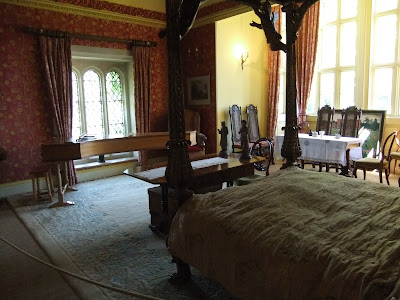 This is the State bedroom used by
The Duke of York 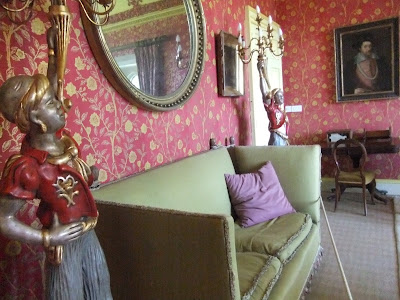 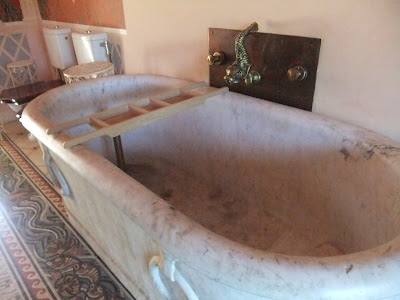 and the adjoining large bathroom 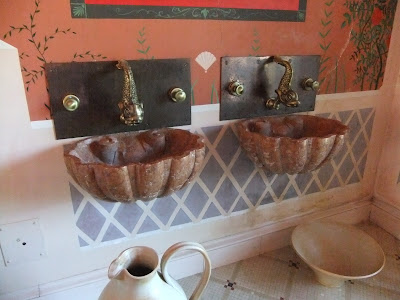 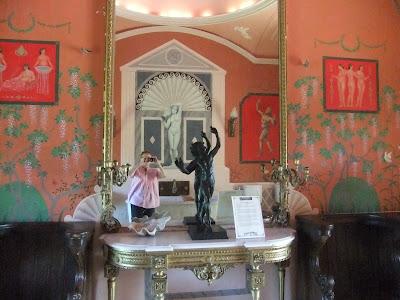 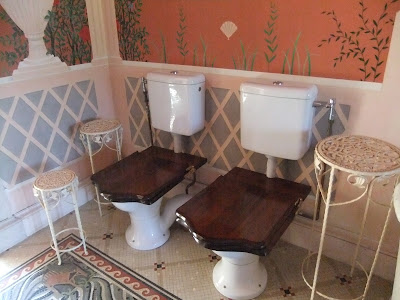 One's personal WC I guess unless they are both used at the same time!! 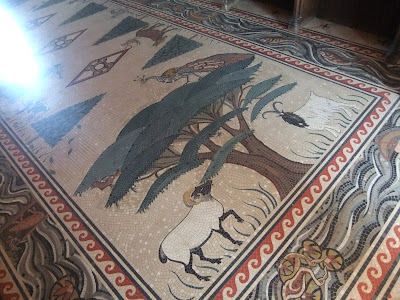 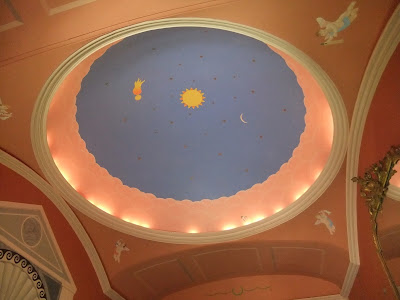 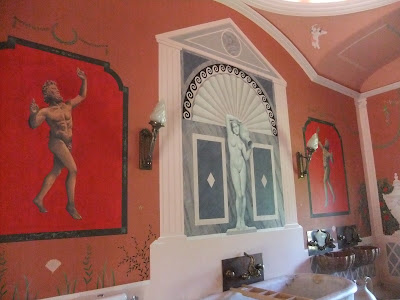 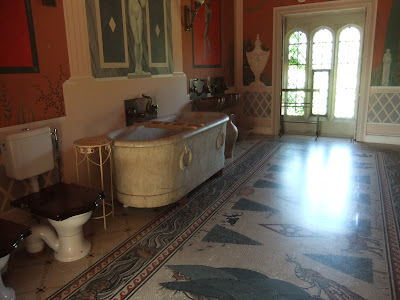 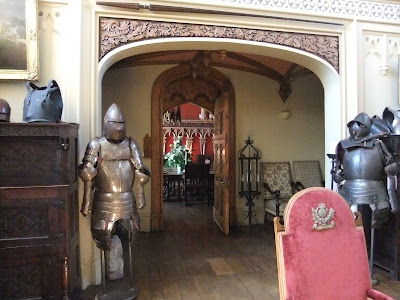 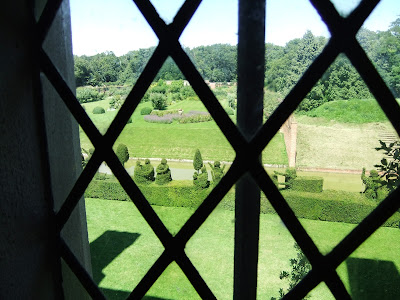 So glad to hear your son made it up and back. Hope the rest of his stay is safe, too. The only thing I think about with that mountain is the movie... Gregory Peck? is ill, and the hyenas come around. Now that's scary.
Enjoying the tour. Thank you for all the time you spend organizing and uploading thos lovely pictures. You are a blessing!
Hugs

I agree that those steps up without a handrail might get tricky. but then when you are living in a place like that It wouldn't matter much. The peep through the window looks inviting.

becky up the hill said...

Happy to hear good news re: your son. The best! Thanks for lovely tour of this amazing house.

Congratulations to Peter for that accomplishment!

Continuing to enjoy your tour through the grand home. Wow, a marble bathtub! The Romans had public toilets with a long row of seats...evidently they were very social in all circumstances...I can't bear thinking about it!

Yay for Peter's reaching the summit without getting altitude sickness! Just climbing a ladder can make me woozy. Hope that he continues to enjoy his travels.

Interesting way of doing a few things in this portion of the house...the stairs, the commodes... I suppose it's all what one becomes used to doing.

Lovely glimpse of you again in the mirror and of Alan waiting patiently in the hall.

Glad to hear that Peter achieved the summit safely.

That red velvet chaise longue is something I'd love to stretch out on in my bedroom. So elegant! And such a long bathtub, or was that the camera angle?

So glad to hear Peter had a successful climb... and I agree that those stairs without a railing could be very daunting! xx from Gracie

Thanks so much, Barbara, for stopping in at Cranberry Morning! I can see there are many things about your blog that I will love. :-) About the house: That bathroom is a tad bigger than ours. lol How I'd love to visit that house!

I'm so relieved to hear that Peter made it safely to the top. God is good! Love the photos.

So happy you heard from Peter, and what an accomplishment! These pictures are just unimaginable, then going to the next post and seeing how little the farm workers and servants had, is very sad. But, knowing that it has not entered into the heart of man, the good things that God has prepared for them that love Him, is very comforting. Blessings Barbara.

Congratulations to Peter; what an achievement!
Thoroughly enjoyed reading all about Kentwell Hall, and looking at the beautiful pictures. Another place to add to my list!

The contents and furnishing of this house are fascinating, it is one I have not heard of before.

Well done to your son, something to be very proud of.