One of the advantages of holidaying close to home is that friends can come and visit
Sunday saw our close friends Ken & Lorraine come up to spend the day with us and here we are having Sunday lunch at The Angel Hotel, one of Marco Pierre White's Restaurants
For my USA friends he is a celebrity chef 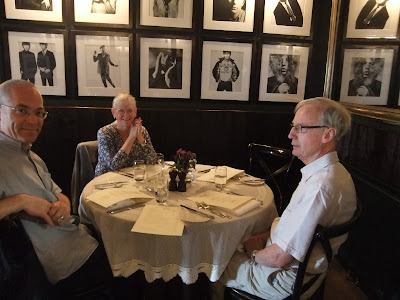 The walls are covered with photographs of various celebrities 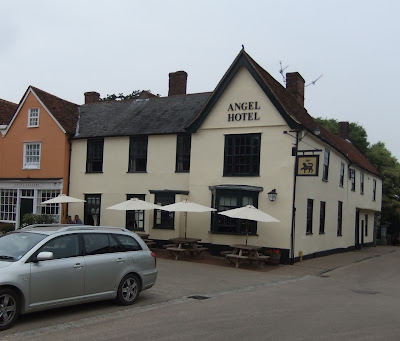 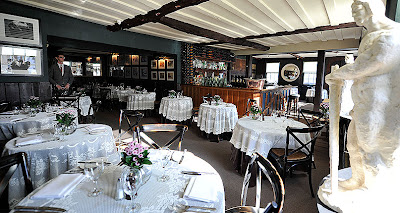 The Angel Hotel, set in the historical marketplace in the picturesque village of Lavenham in Suffolk, was first licensed in 1420 and is believed to be Lavenham's oldest inn.
Although much altered over the centuries, The Angel still retains much of its Tudor character. Around 1500, the gable ends were added and brick chimneys installed. The pargetting of the solar ceiling is from the early 17th century and in the 18th century the roof was raised, sash windows installed and the whole of the outside plastered over.
Restoration work was carried out in the 1950s and in 1990 the open plan ground floor was created. Recently purchased, renovated and refurbished by Marco Pierre White, the Angel Hotel is now an integral part of his Wheeler’s of St. James’s country inns and is one of the most stylish of all Suffolk hotels 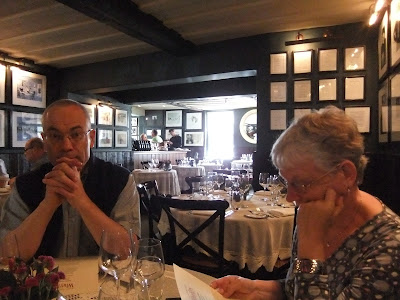 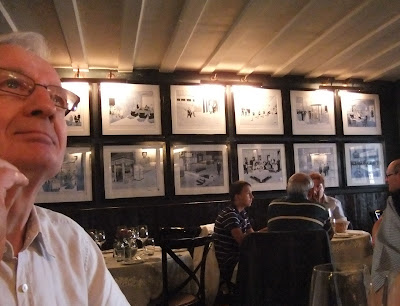 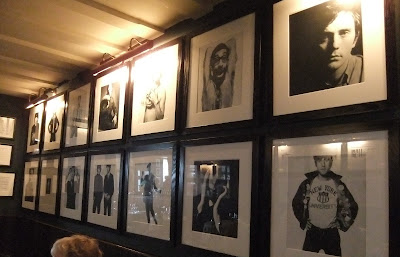 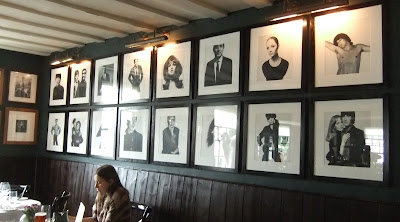 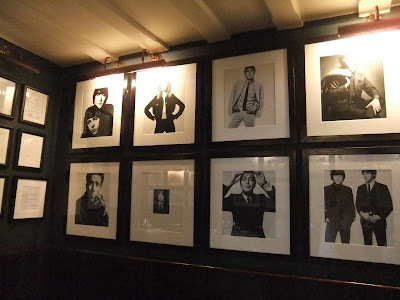 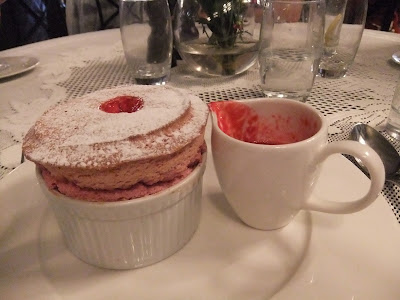 For desert I had Raspberry Soufle and I have to say that it was the best soufle I have ever tasted
Once brought to the table the waiter pressed a whole raspberry into the top of the soufle and then poured some of the hot Coulis into the hole saying that this stops the soufle from collapsing. It certainly worked 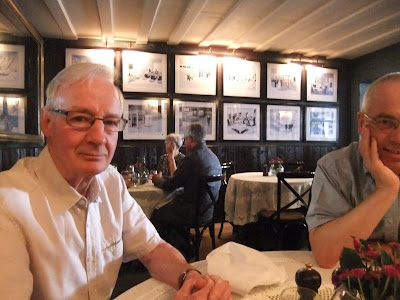 Here you see we were joined at the next table by
Griff Rhys Jones
comedian, actor, TV presenter, author and champion of architecture ancient and modern 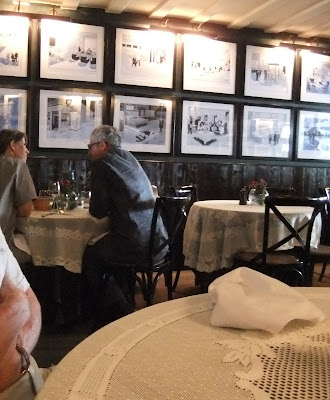 Every time I see an old building like that I am amazed at how good it looks. Here old buildings are often let go. It's a shame as often the foundations are solid enough. Our old buildings are nothing compared to the age of yours at any rate. It must have been nice dining with the celebrities. Sounds like a wonderful holiday.

Barbara, your holiday sounds lovely and in stark contrast to the challenges of the Olympics :)
I 've just caught up on your last few posts since I have been on a short trip and hostessing a bit, but your post about how the Olympics are affecting your area reminds me so much of when the little village in New York we then lived in hosted an anniversary of the Woodstock musical festival. Even with all the advance preparation, our area was stressed, and not significantly blessed with financial gain from the event, but it would be interesting to know what happened from God's perspective. I am so glad that members of the faith community around you are making themselves available to help those involved in the Olympics. Love is needed in any contest and context, isn't it.
Cheers for you from Gracie :)

So glad that the weather has turned for the better...looks like a lovely place to dine there among the celebs and oh that souffle!

When we lived in England last Spring, I adored Sunday Lunch . . . but we never had a dessert as luscious as yours!

The best souffle? That's quite an endorsement :-) The outside of the building seems almost austere and veils the culinary wonders within.

Oh, and thank you for asking after roomie's mom. She has had the rubberbands removed which allows for a bit more mobility in her jaw -- which means she can eat very soft foods. Boy is she glad to get off the all-liquid diet!

Lavenham is such a pretty village - I'm looking forward to your pictures. What a soufflé - did you photograph the rest of the meal and if so may we share it?

It is a particularly pretty area where you stayed.
The soufflé does look extremely delicious!

It all sounds ideal. Glad you ahd such a lovely time....and ate so well too!

What a lunch, I learned something about souffle's. Such ambiance,
all that history and love the table linnen. Wish I could go too.

I have been stopping in and reading periodically, although I have not had much time for blogging lately, as my artwork business has picked up quite nicely this year. I was watching Bradley Wiggins biking and then seeing all the proud spectators made me think of you this morning. What a wonderful ride he had. It has been a very enjoyable Olympics from a viewing perspective, while I am sure it has been somewhat of a nuisance in your day to day life. Your country is so beautiful, and it has really been on display for us. Just lovely. Hope you, personally, are doing well. Looks like you've had a nice week.

It sounds like such fun, but that raspberry souffle looks amazing!!! YUM!!!

What a fancy, lovely place.
what an inspiration for all of us cooks that souffle is!
xx
julie

I hope you looked for my picture on their wall. I'm sure it must have been there as many pub quizzes we won there. The Angel was our "local" when we lived in Lavenham. This brings back some wonderful memories. I can't wait to send your post on to my daughter.
It appears they have "smartened it up" since we lived there. Not that it was ever not a fine place, but now it looks quite polished. It was just a country pub with a few rooms above and great meals.
Thanks, Barbara.
Here is a drawing of what it was then
http://pwsnwjournal.blogspot.com/p/lavenham-suffolk-uk.html
picture #15 is the Angel

Oh what a fun restaurant! Must be nice to see celebrities there all the time....Christine

It all looks beautiful and it looks like everyone is having a great time. Glad the weather is good.

What a fun place to have lunch. You all look very pleased and happy to be there. And that raspberry souffle - so delectable!

What a wonderful outing!
You and Alan do get to go to lovely places.
Thank you for all your kind comments on my blog.
Please don't feel you have to respond to every one. Just glad you enjoy the pictures!