London on a July Sunday Pt. 4

Having left St. Paul's we now walk into Paternoster Square
This was the centre of London publishing trade but was devastated by the bombing in World War II. Many years before that it was a livestock market. It is now home to the London Stock Exchange and a number of investment banks, 2 of them being Merrill Lynch & Goldman Sacks 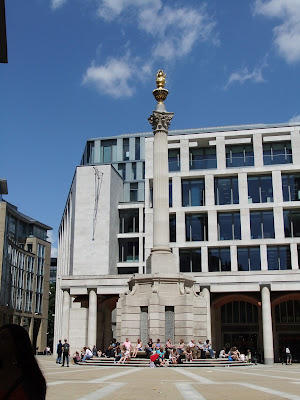 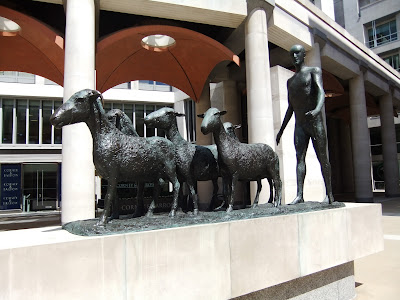 Memories of the live stock market 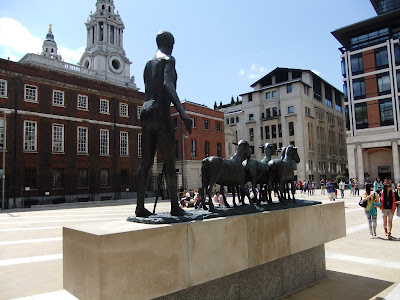 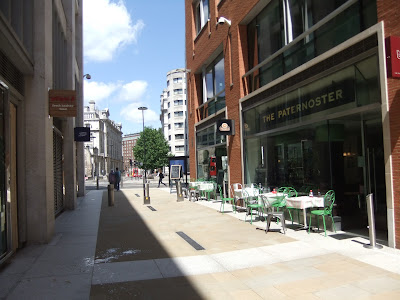 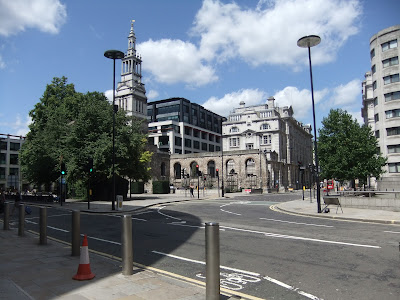 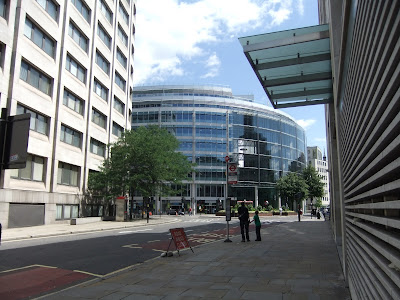 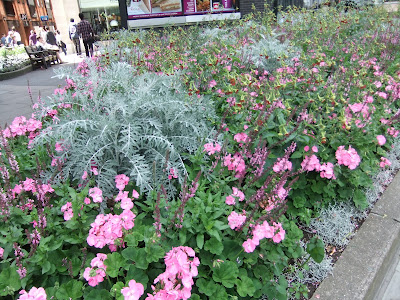 Flowers in the city 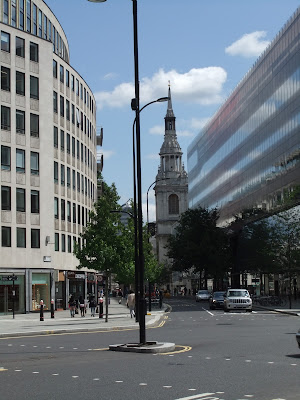 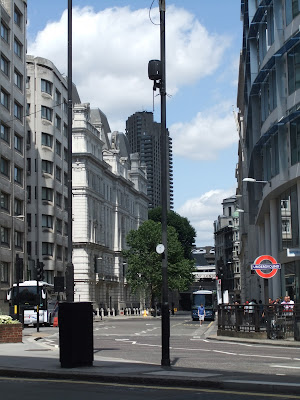 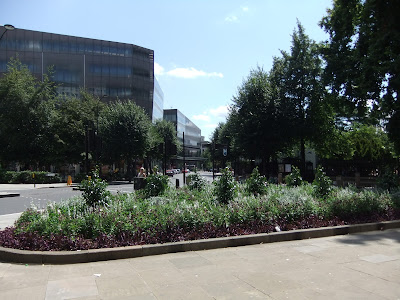 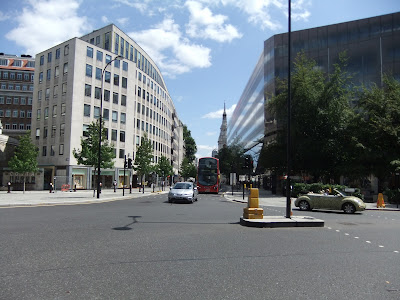 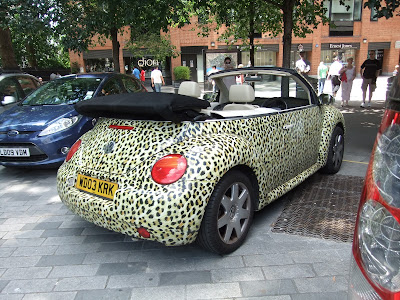 I don't think this car will be stolen! 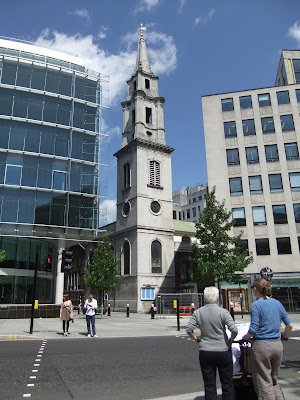 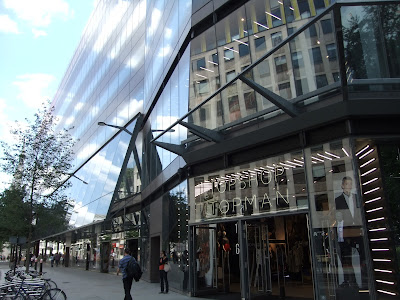 Even in the business areas people want to shop 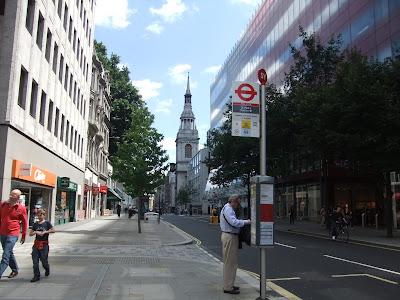 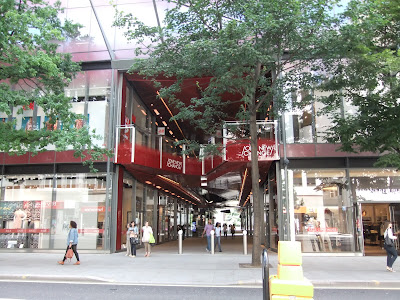 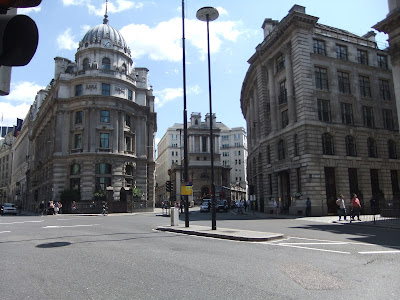 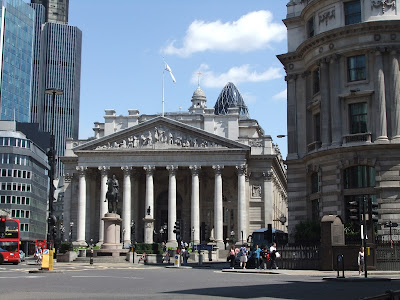 The Royal Exchange
was founded in 1565 to act as a centre of commerce in the city. It was officially opened by Queen Elizabeth I who awarded the building it's Royal title. The original building was then destroyed in the Great Fire of London in 1666.
A second Exchange was built on the site which was also destroyed by fire in 1838.
The third building which you see here today (and adheres to the original layout) was opened in 1844 by Queen Victoria. 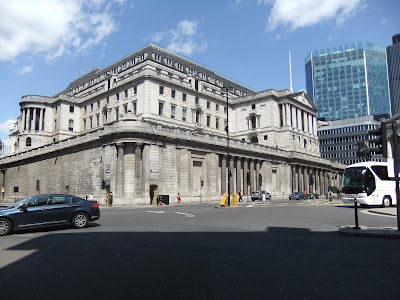 and The Bank of England where my son works 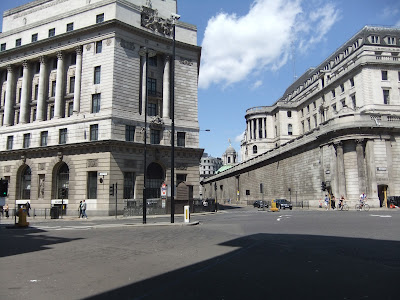 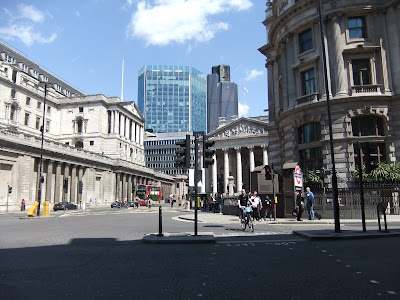 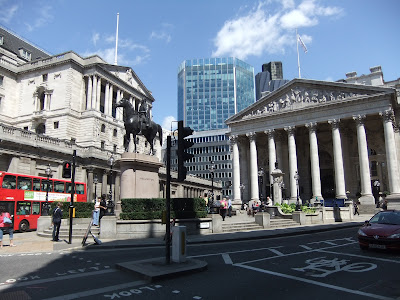 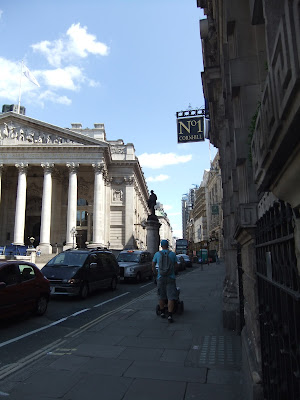 I've seen many of the places in your pics many times, and walked along taking them all for granted. Now, by taking time to look at your lovely photographs I can really appreciate the stunning buildings, both old and new. I'm enjoying the tour. Thank you!

Very clean and almost deserted, what a great way to see downtown. The statue/bronze of the sheep and herder is so beautiful.
xx
julie

I, too, was thinking how deserted the streets were. What time of the day were you there? I think that is when I would enjoy seeing all of those gorgeous sites.

No, doubt that car will be stolen. Cute, though!!!

Congratulations on 600 posts. That is remarkable.

The busy business district with a lot of history! (No, I don't think that car would be stolen either. It doesn't blend in well.)

How lovely to be able to see london without crowds. Sunday is obviously a good day to walk.

Someday I hope to visit London - I will, of course, be hoping to find that beautiful car (VW or leopard or both) ... I was expecting to see more people, maybe because it's Sunday? Thanks for taking me along.

Thank you for the tour. I have yet to visit London. I recognized The Royal Exchange from the movie, A Christmas Carol, that was on tv this very afternoon. And I think the building on the left in the photo above that one has been used as the background in other films. Interesting...

You took us on a great tour of this part of London Barbara, thank you. Lovely photos all of them.

Thanks for the interesting walk. I learned a few things and enjoyed the pics. Liked the car as someone else's:) congrats on the 600 posts!

Congrats on 600! With such interesting posts, it must have been easy to get here.
I do love the wannabee Jaguar!
I must confess I love the older buildings the best. Good stories come with them, too! Thanks for all your troubles to bring us a bit of the Brits. We do enjoy it!
Hugs!

Amazing architecture; the old and the new as reflected in some of these photos.

I love your idea of walking around London. I lived there for seven years, studied there and live just down the road in Kent...but every time I ngo there I find somewhere new to explore. I've been working through this book and have discovered some lovely places. My favourite so far? The garden of St Dunstan's in the East and the rose garden of Christchurch Greyfriars. If you don't already know them, I'd recommend both!/ Cate