A brief look at St.John's College today
Not nearly as grand as King's but with it's own interests and beauty
Not as accessible to the public either 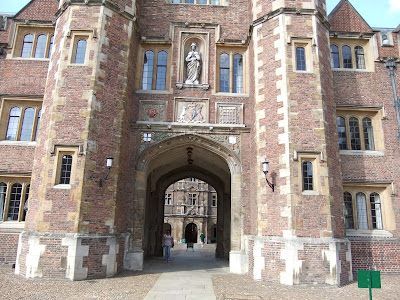 The entrance
There were a number of monastic houses in Cambridge in the early thirteenth century including a hospital of St. John which later became St. John's College. In 1280 Hugh de Balsham, Bishop of Ely, tried to introduce scholars into this foundation, but the monks and academics did not get on together so the latter moved down the road to found Cambridge's first true college, Peterhouse.
On the 9th April 1511 with the approval of the King, the Pope and the Bishop of Ely the Charter of the college of St. John the Evangelist was finally granted. 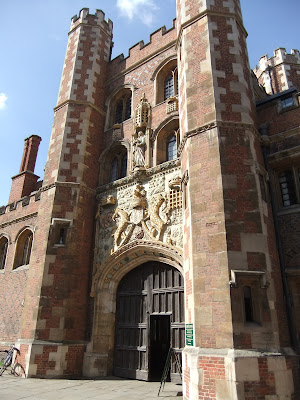 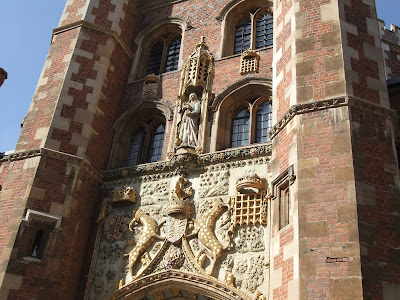 See the statue of St. John the Evangelist above the gate 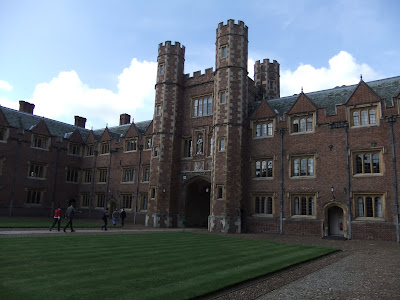 The first court with the hall behind 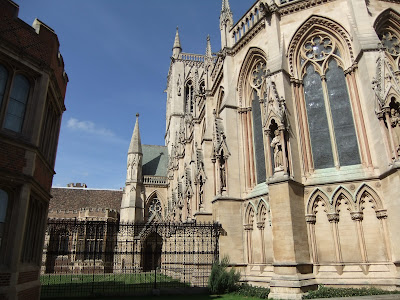 Exterior of the chapel 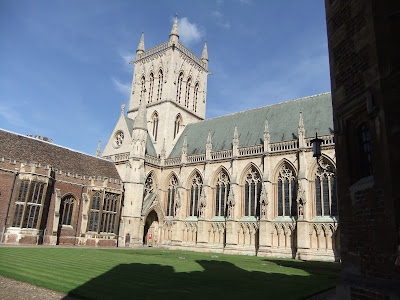 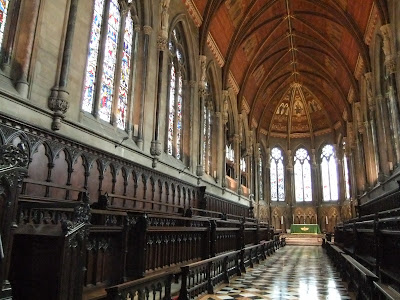 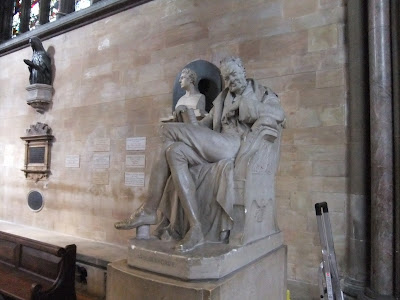 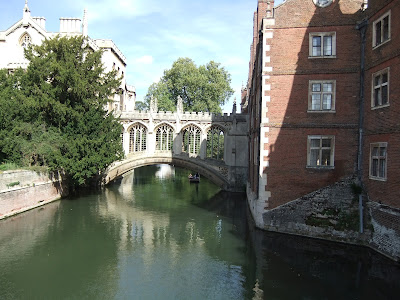 The Bridge of Sighs over the River Cam which connects the college courts and buildings
Posted by Barbara at 18:03

I absolutely love it --so incredible and makes it that much harder to live in my rinky dink corner of the world in stark colorado. :) or is that :(

What a beautiful Chapel. I can just imagine it filled with music.

What history speaks from those buildings in such a beautiful area!

Your posts always make me head for the nearest Wikipedia or Google search. I want to know more about the Bridge of Sighs and, of course, I'd forgotten about William Wilberforce. What a fascinating person with his conversion experience leading to his lifetime's greatest work...the abolishment of slavery. See?! I am getting an education.

The workmanship is something else, isn't it? Even though you could not get in, you have showed us the true beauty of it in your pictures.

Lovely photos Barbara,and another Bridge of Sighs!I saw the one in Venice,imagined it would be much bigger than it was!

Barbara, that really does look like the bridge of sigh. wonderful post.Getting chilly in Maine. Stay warm.