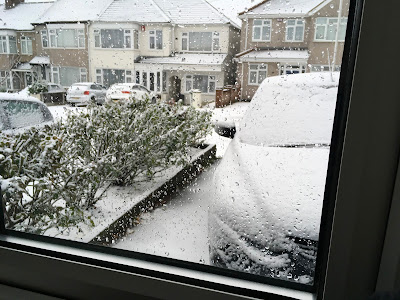 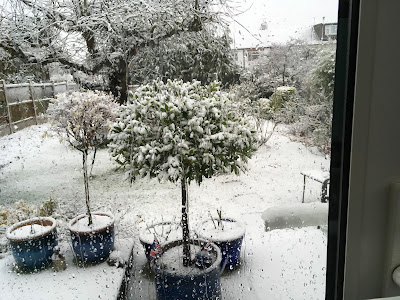 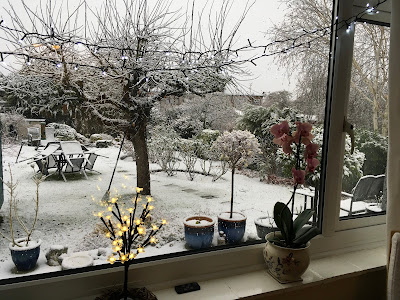 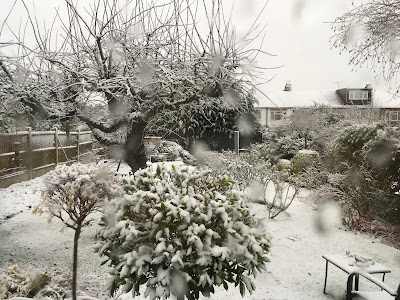 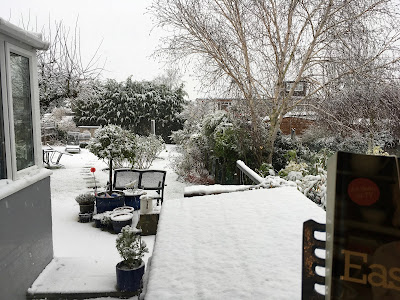 So thankful that the snow has cleared. Going to be dull and damp through Christmas but at least travelling will not be a problem like it is when it is snowing.
Some people wonder why everything comes to a standstill when it snows in this country - we don't have it often enough (well here in the South anyhow) for it to be viable to have lots of snow ploughs and equipment. 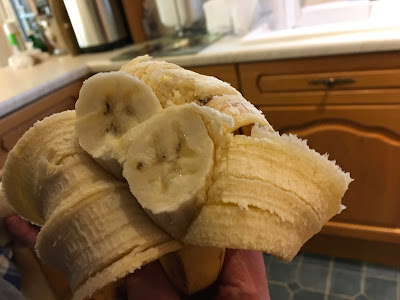 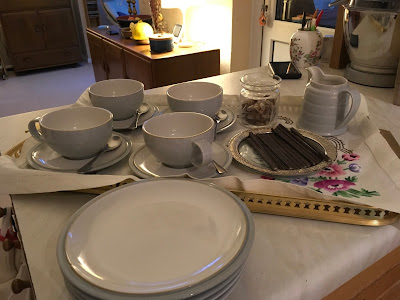 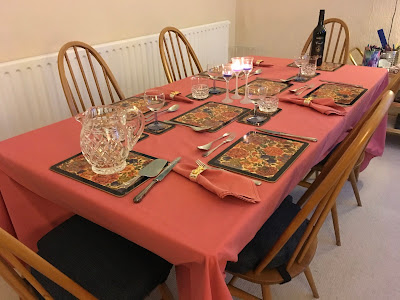 when I realised the chicken breasts where still in the fridge!
I usually prepare them just before cooking but this time prepared them earlier and put them in the fridge
I hate to keep guests waiting but that's how it turned out! 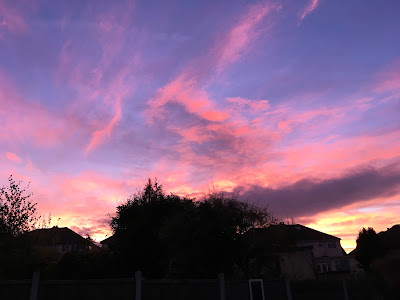 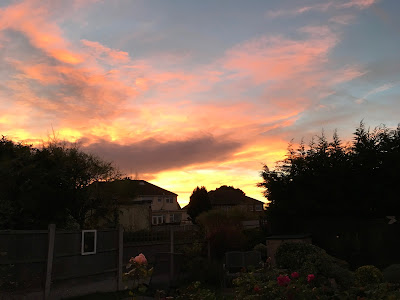 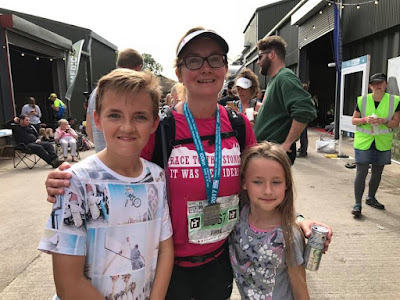 Had to share this! My daughter walked 62 plus miles over 2 days this Autumn along one of England's
Ridgeways. A Ridgeway being an ancient trackway described as one of Britain's oldest roads. The term originated in Anglo-Saxon times 410 to 1066 and they run along high ridges of hills.
It was well organised. The group stayed and ate together in a hotel the night before and camped over the middle night.
Seen here with our grand children Oliver and Rebekah at the finish.
Well done Jane 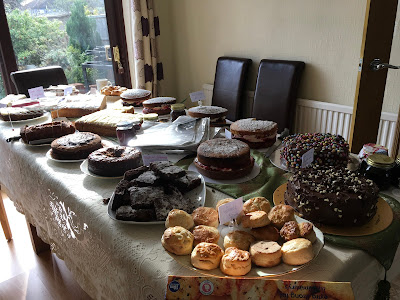 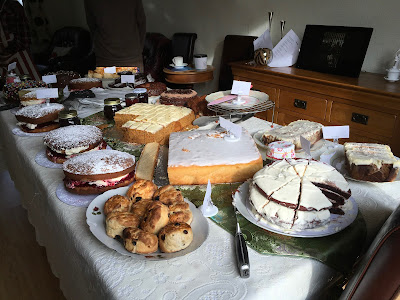 A few Saturday's ago my neighbour held a charity cake sale.
All of these cakes were made by her Sister-in-law and they were delicious.
Yes I bought enough to freeze as well as eat that weekend!
Well I am sure I have gone on long enough so I'll take this opportunity to wish everyone a Very Happy Christmas and a Blessed year to come.

Labels: My Family, My Garden, My Life, Skies, Snow

I loved seeing the snow and your family and the holiday treats. Merry Christmas to you, dear friend.
~Adrienne~

We have had snow and are to get more just in time for Christmas here. Very cold temps will keeping it around for more than a day or two. Congrats to your daughter. The grands are growing up so fast ! Merry Christmas to you and yours !

Congratulations to your daughter. The children are getting so big.

I'm chuckling at your chicken story. I'd hate to count how many times I have found food that I forgot to serve at a dinner party. Sigh!

Wow...that's a long walk. Hats off to her. Look at all those cakes! We have the same problem with snow here in the Seattle area. It doesn't happen often enough to have lots of equipment, etc.
I'm sure that chicken was delicious once it was finally served. :)
Have a very Merry Christmas and Happy New Year!

Wow, what a realization to greet your dinner guests! Sounds like you recovered well and your guests had a memorable evening. Happy Christmas and a blessed new year!

Happy Christmas, Barbara. I hope your day was a merry one. The snow is very pretty, but everything comes to a standstill in our corner of Canada when it snows, too. For the same reasons as yours.
I had to laugh about the chicken breasts in the fridge instead of the oven. We've all had those moments.
Blessings on you both for the year ahead!

Merry Christmas(sorry,I am late!) and a Happy New Year joy-filled!Love your darling wedding photos and your white garden!Hugs,dear Barbara!

Happy New Year to you and Alan. The snow looks pretty but I knot it's not fun to deal with, especially when one must go out. I hope things will warm up nicely before too long. Soon you'll be showing us new blooms in the garden and Spring will be here!

Love seeing how much your grandchildren have grown.
Well done for your daughter.
Audrey.