Straight from our House church weekend away (more in a future post) we had booked to stay at this charming Guest House.
Our room was on the first floor spanning the width of the white painted front of the house. 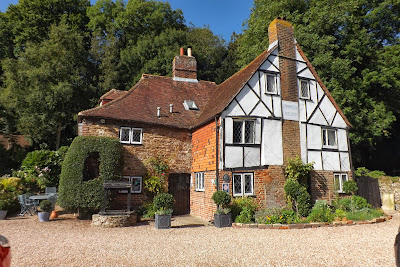 The house dates from the 14th century. It was originally a hospital inhabited by Monks and was added too in the 15th century when it was the village workhouse (for the uninitiated most towns had a workhouse - a place where people went if they could not pay their rent - usually old people and children)
It became a hotel in 1932 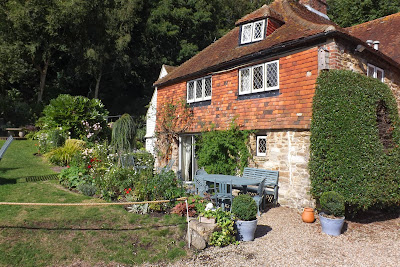 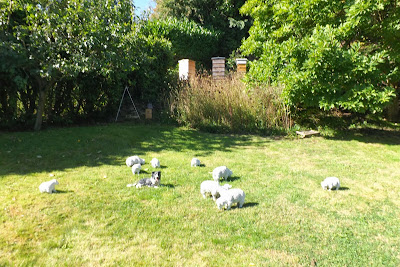 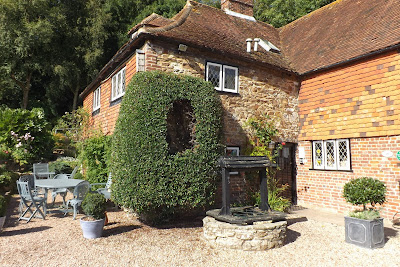 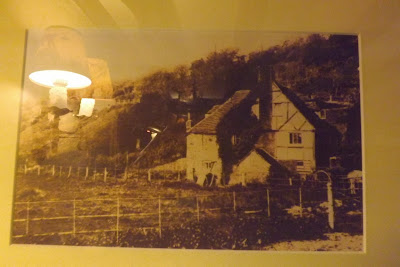 A photograph of the house adorning the wall
taken in 1862 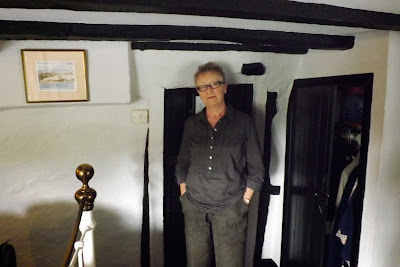 Yes, at 5ft 4 inches I really was taller than our bedroom door and my head was only a few inches from the ceiling beams 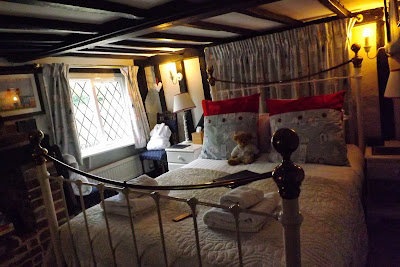 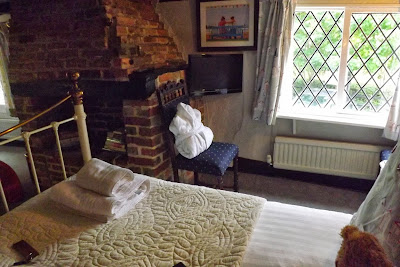 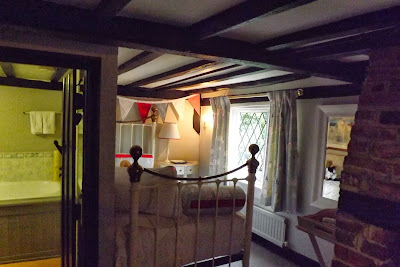 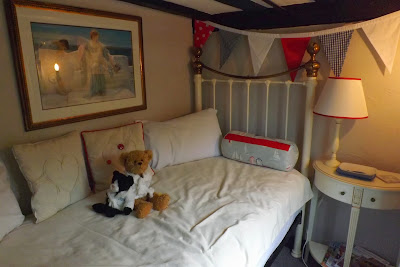 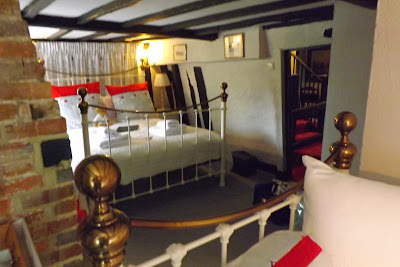 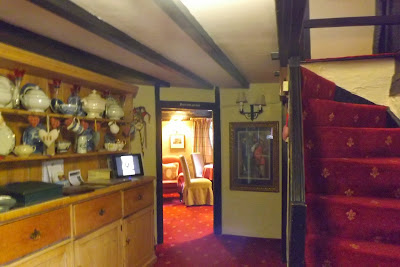 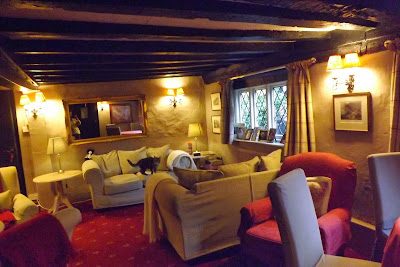 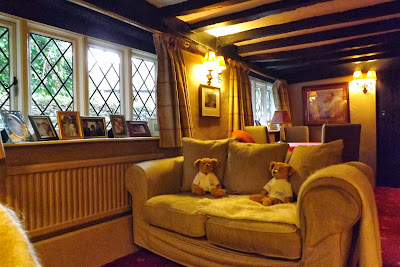 The bears kept us company especially on the Sunday night when we had the place to ourselves. We were Blessed and spoilt as inevitably the next day we had to share with other guests, however this was fun too as all guests were friendly and chatty and represented 4 different countries among 5 couples (American, Canadian, Danish and British) 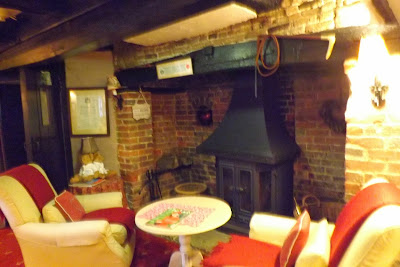 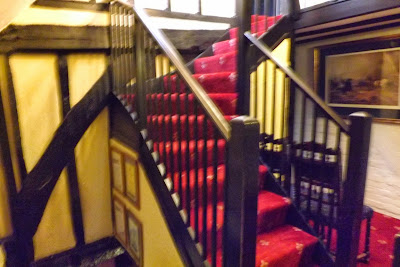 stairs to the second floor 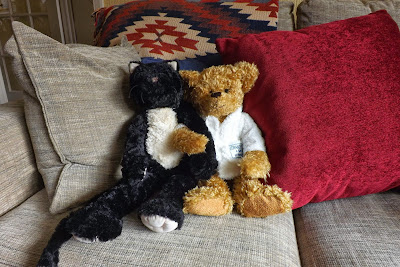 Now here we are back home and yes Alan bought me a Strand bear to bring home and here we see him bonding with my Jelly Cat, his new room mate
Strand bear has his own web page and I will help him keep in touch
by sending photos occasionally 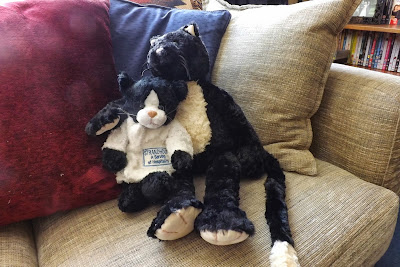 A cozy house - very beautiful. Thanks for the tour.
Hugs

It looks very lovely and cozy. However, I would have been banging my head on the ceiling I'm afraid, and CT would have to bend almost double to get through the door!! Love the decor and the old beams and everything else about it though. And you brought some friends home too I see!

Funny, the word I was going to use was also 'cozy' It certainly is a charming house with lots of history.

What a lovely place!

What an exceptional place! You mentioned that the bear had a web page. Is that the Facebook page I found on the web? So cute. You should post your photo of the Strand bear at your house there.

Such a charming place - full of history and coziness, in spite of the low door.

I too always notice the low ceilings with the beams. This house is really wonderful and so old and charming!

What fun! I especially liked the sheep being herded, too :) Alan is a sweetie to treat you to new furry friends that I dare say your Grands will admire as well!
Blessings,
Gracie

What a wonderful place to stay. It is so well kept up and is charming and cozy. I'm awe of how old the place really is. I love your little bear and the kitty.

Amazing the way the current owners have kept the feel of the old home while creating such cozy comforts. I am shocked that you had to bend to get into your room...now that does give one pause.

What a delightful get-away! Thank you for sharing it with us. Your bear and kitty cats are such fun!
~Adrienne~

Beautiful spot, why were the doors so short? Maybe People were not as tall then. Love the roof, I saw a real thatched roof in Ireland,
near Shannon. I just heard knocking on my door, the noise was a huge blue Jay eating in a window feeder, he was so big he barely could fit in it. Well, enjoy the beautiful Fall. I so enjoyed the post. Signing off.
yvonne

Does East Sussex have many 14th century homes and pubs still in use?
It seems like a wonderful place for history buffs like The Prof and me!