West Bay, Dorset and a Drive along the Coast Road 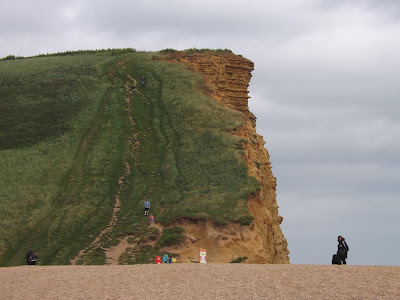 After a 'chill out' morning Sunday afternoon found us at West Bay
which is part of The Jurassic Coast (I posted on this 2 years ago when we were visiting Beer and Lyme Regis)
This part of the coast is a World Heritage Site and stretches from Exmouth in East Devon to Swanage in East Dorset, a distance of 96 miles. One can walk it's entire length on the South West Coast path.
The highest point is 627 feet.
The coast consists of Triassic, Jurassic and Cretaceous cliffs, spanning the Mesozoic Era, documenting 180 Million years of geological history. 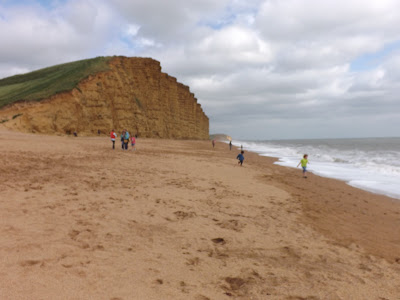 This particular cliff was featured in the recent TV series Broadchurch. It was for me the best crime series I have ever watched. It concentrated on the psychological affect on the community of the murder of a child whose body was found at the bottom of this cliff. 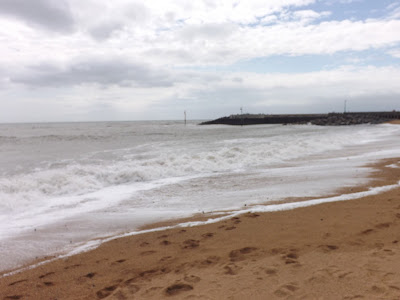 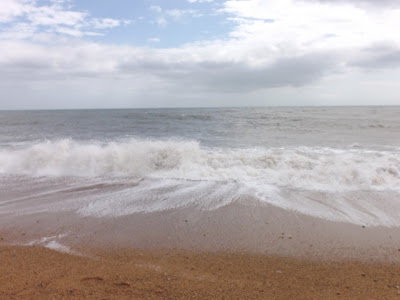 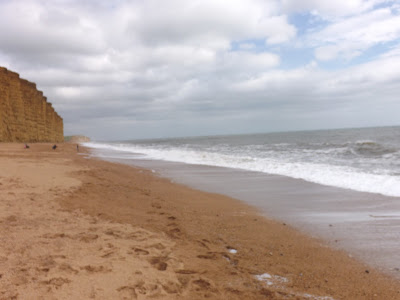 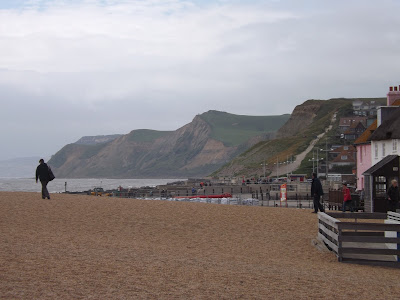 Looking to the other side of the beach 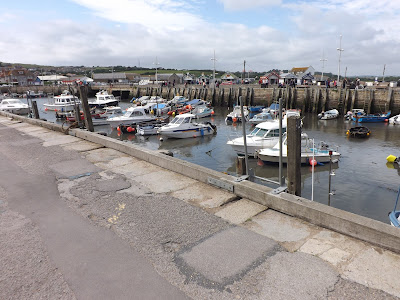 and then back to the car park 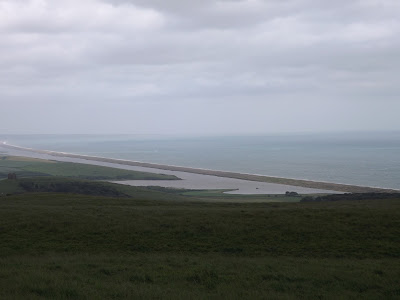 where we took the coast road towards Abbotsbury and Chesil Beach, both of which will be well featured in future posts
Thankfully the weather eased over night! 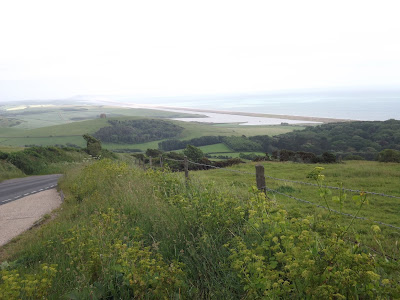 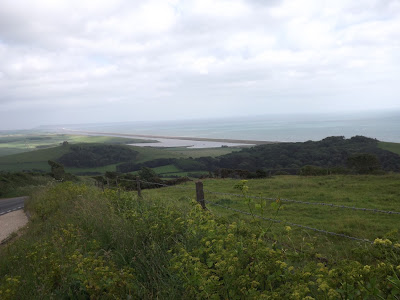 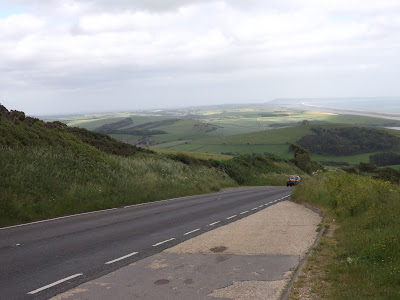 We are looking towards Weymouth and Portland Head in the distance 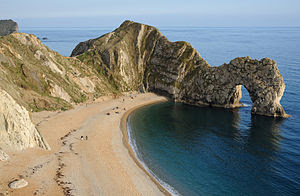 What a beautiful beach. Too bad it was cold when you visited. We here have had such a hot and humid summer we feel like we're a bit tropical. I love the beach and am especially thankful for the view.

What fascinating features especially the door! I always learn so much visiting here...had no concept of the Jurassic Coast.

Durdle Door, funny name. You think of the beach, sand and water, kind of featureless... then there is Durdle Door. Thanks for sharing your pictures. I'm getting a grand tour.
Hugs

A long time ago when on our way to Canada we found a similar beach much less remote and I wonder if I could ever find it again. I remember being amazed by seeing whole small trees standing inside the cliffs being slowly eroded by the tide. We found little fossils like trilobites and thing but didn't bring anything home.

Barbara, I loved these pistures. I had always wondered what the scenery was there. Beautiful!!!

I remember one of my children burying me up to the neck in sand at Durdle Dor! A wonderful place. Thanks for the memories your post brought back.