We have left the Abbey where we planned to have afternoon tea in the Priory but we were too late, it was closing 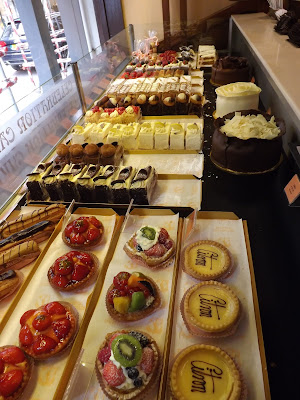 We found an Illy tea room and coffee shop instead 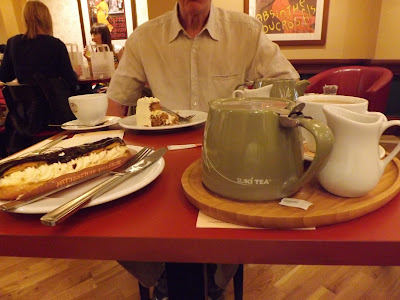 Carrot Cake for Alan and Chocolate Eclair for me
Notice how quickly he demolishes it! 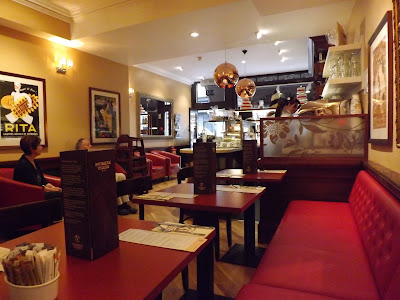 The quietness and peace of late afternoon 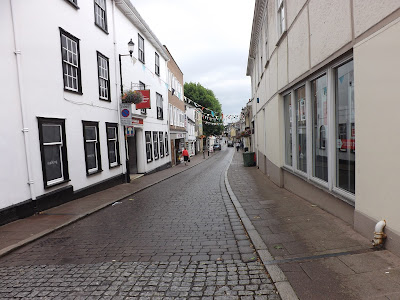 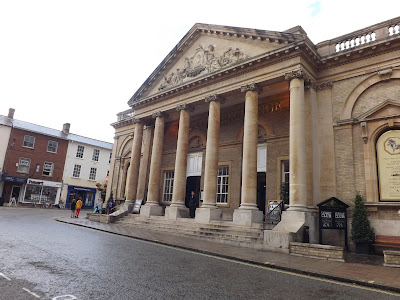 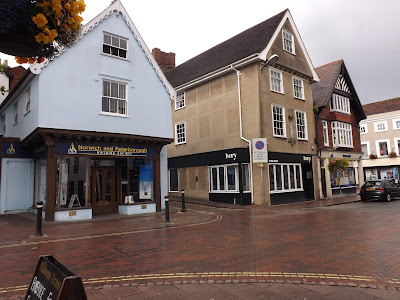 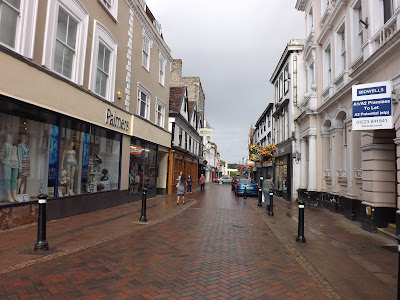 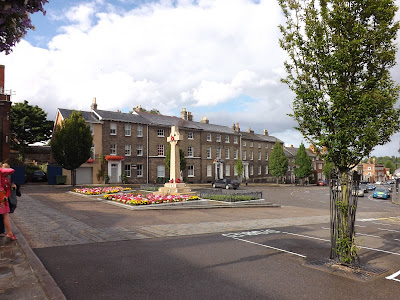 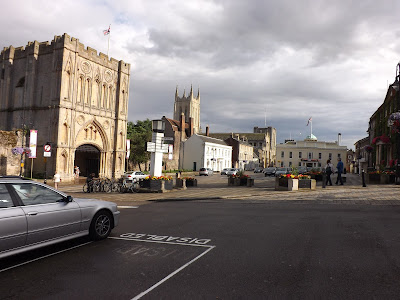 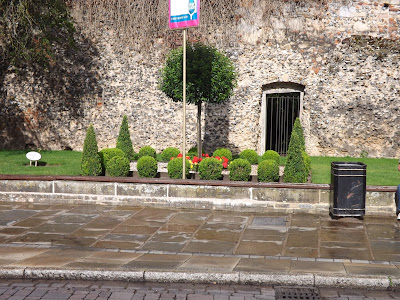 and...............!
on leaving my bedroom yesterday morning there was ice, frost and fog outside and rain inside!!
Roused Alan quickly because my hair was getting wet from water dripping through the ceiling
The over flow from the water tank had come adrift.
Alan says he must have knocked it when putting the Christmas decorations away. We of course knew nothing about it until the loft insulation became so saturated that the water had nowhere to go but through the ceiling.
God Bless Pete next door who came immediately and helped us with the mopping up
Heating on extra high now to help with drying out

I'd think that after that kind of wake up call it was a bit relaxing for you to post these pictures for us too. No one likes that kind of start to their day. Isn't it wonderful though that thanks to our cameras we have such lovely memories to enjoy. I call it a chest full of memories and often that is what helps me get through the days. Even in the worst of times there is always something to be thankful for.

Oh dear! what a good thing it came to your attention quickly.I hope you have dried out by now!

Oh that is not pleasant to have a leak, especially on your head!

Had to chuckle that Alan forgot that he must sit and wait looking handsome until a piicture of his carrot cake is taken. John is getting so well trained that sometimes he asks me if he may eat. Makes me laugh.

Our eclairs are very diminutive versions of the one you enjoyed, unless that photo is making it look larger than it was.

Such beautiful surroundings, inside and out!
And what would I not give if I could dig my fork into one of those delicious pastries! ;-)

Lovely tea! The sight of all those cakes and pastries is quite delicious. Thanks for the little tour of town too.

Oh gosh, it's not good when it's raining on your head inside the house! Glad it got sorted out and hope everything dries out quickly.

Beautiful post Barbara, hope you have things dried out by now. Blessings.

How I would love one of those pastries now. The tea shops in your country display things so beautifully.
We have a song, "Raindrops keep falling on my head." Very appropriate for what happened here.
Balisha

Such a lovely tea! It must have been miserable to have such a wet morning. So glad are getting it dried out.

I hope tomorrow is better.

Each photo of Bury draws me there.
But oh no--I'm so sorry you are having problems with your roof and insulation. Hope it's fixed soon.

It is lucky you had some one handy, so close to be able to come and help you.

I had one of those fruit tarts last time I visited and Illy.

Tea and cake on a rainy afternoon is much better than rain on your head in the bedroom. Hope all is drying out well.

Oh no, a leak! So glad you were able to get it sorted out quickly.
As always, I enjoy seeing all your photos of the various places in England.

Oh dear!!! Thankfully, you had some help to sort it out.

I enjoyed the visit with you to St. Edmundsbury Cathedral. Your photos are all so gorgeous.

Two of the things I most fondly remember about my visit to your beautiful country--the exquisite baked goods presented so wonderfully, and the very interesting cathedrals and abbey ruins.