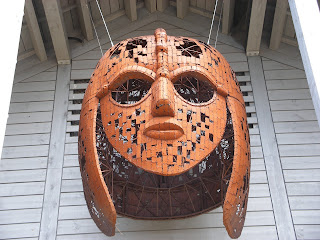 In a field overlooking the river Deben at Sutton Hoo near Woodbridge, local archaeologist Basil Brown found a 90 foot long Anglo-Saxon burial ship in 1939. This led to the discovery of the most amazing collection of treasures that had lain undisturbed within the ship for over 1300 years. The 254 acre estate was subsequently  donated to the National Trust who now manage it. 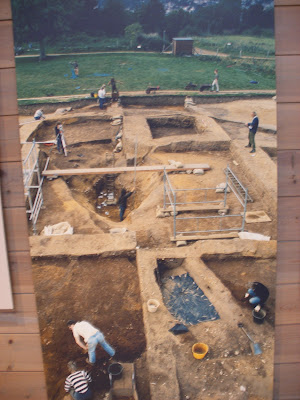 A few shots of the excavations from the exhibition hall 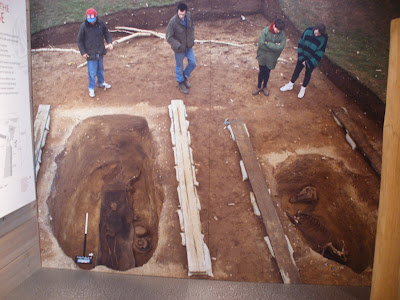 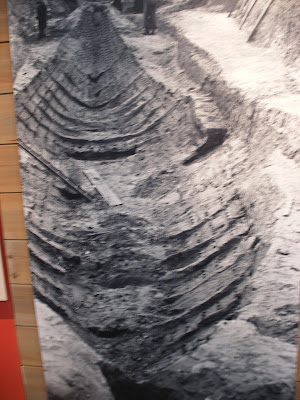 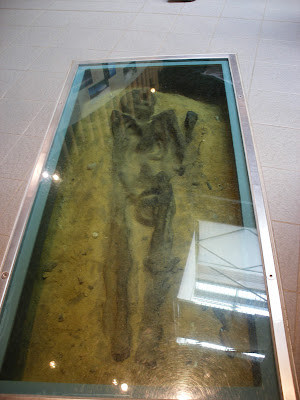 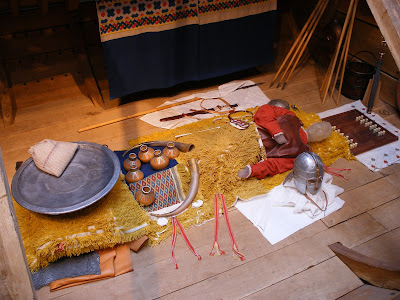 A reconstruction of what the burial chamber in the ship would have looked like. Chambers within a ship collapsed within a century of it's burial. 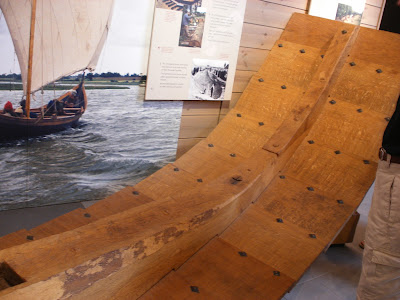 Construction of the ship from the first millenium 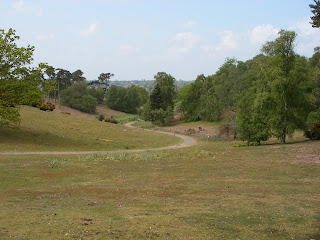 Long ago in the days before written history important men and women were buried under mounds, often with all their precious goods as signs of their wealth.

At the time there were 2 ruling powers, the authority of kings and the authority of the church. In Raedwald of East Anglia's reign (about 599 - 625 AD)the growing world of Christian power spread into Kent and was ready to expand. Pope Gregory sent missionaries to the Kentish King. King Raedwald was baptised and built up power over both Pagan and Christian kingdoms. He set up alters to both Christ and the old gods and claimed descent from both Woden and Ceasar. He balanced the rule between both Christian worlds and Pagan ways of East Anglian society. Trade and Christian Franks brought wealth and East Anglia's first town, the port of Ipswich began to grow.

Many centuries later graves were explored for treasure. King Henry V111 permitted excavations. The pits that were then dug have been uncovered here. 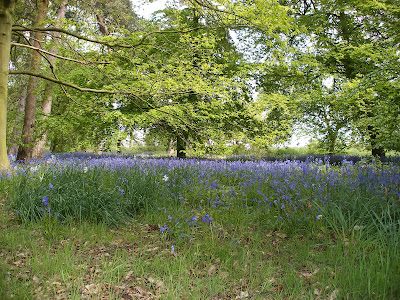 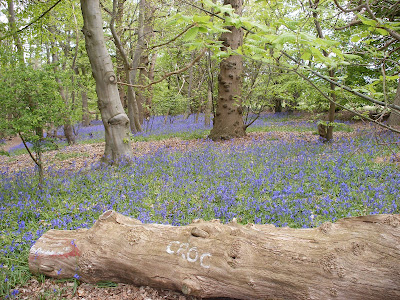 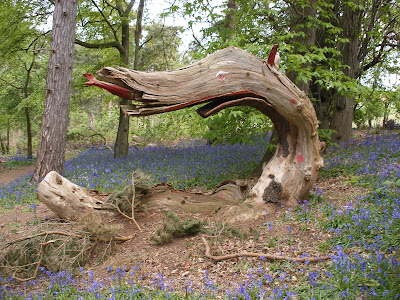 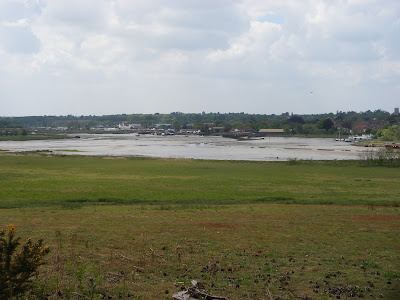 Overlooking the estuary as we walk 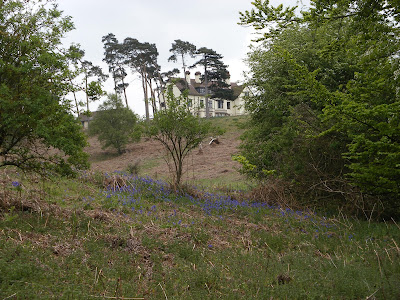 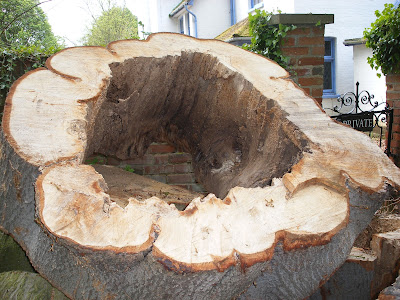 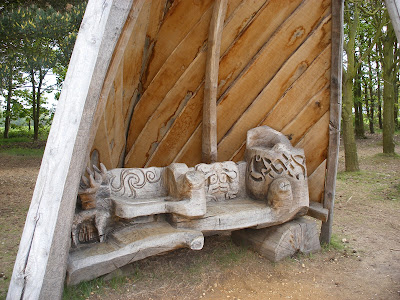 An interesting seat to stop and rest on the walk 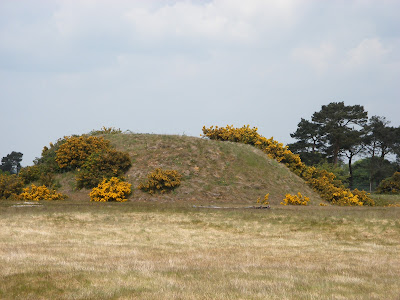 And finally one of the many ancient burial mounds
Posted by Barbara at 11:08

What a fascinating place to visit. There is probably so much hidden history that will never be discovered.

thank you for a great post. We are coming to Suffolk next week so we may take a look at Sutton Hoo for ourselves.

Fascinating history and one I don't often consider when I think of England. Thank you for taking us on the tour. Did you sit on that bench? It didn't look too comfortable. :D Love the forest scenes with all the bluebells blooming.

Fascinating history and one I don't often consider when I think of England. Thank you for taking us on the tour. Did you sit on that bench? It didn't look too comfortable. :D Love the forest scenes with all the bluebells blooming.

What a fascinating place to visit.

Oh Barbara I am so envious but grateful to you for sharing this trip here. I have always wanted to go myself. What a great tour.

Yes Elms- I remember their majestic dark beauty on within hedgerows an as shade trees for the cows within fields. Witney, Oxfordshire used to be lined in them, then within days of the chainsaws arriving they had all had to go. I wish there was a cure so we could replant some of them.

Thank you for a very informative post today, That is a piece of history that I wasn't aware of and very interesting too. We have American Indian burial grounds here. The bluebells are lovely as all the grounds are there. Our Elms suffered the same too. Sad we lost so many. I hope all is going well at your house today. We had a morning rain, but the sun just came out so it looks like a beautiful day.

Thank you for sharing your walk and all the history.

I've read about Sutton Hoo in some of my courses and would love to visit one day. Thank you for sharing such an interesting post.

Thanks for the history and pictures, very interesting.
Patsy

Wow Barbara...very, very interesting. You show us a world we may never be able to see and do it so well...

Great photos of Sutton Hoo. I enjoyed my visit there too, it is such a fascinating story of discovery!

Looks like such an interesting place to visit. I love archeology.

Hi, Barbara!
How fascinating! Thank you! I thoroughly enjoyed the tour. Hope all is well.

I always enjoy my travels with you Barbara!!

Amazing! Thanks for posting this!