On our way back from Somerset in June we had planned to visit Highclere Castle the location for Downton Abbey.
It was closed Saturdays for weddings so we decided to visit Salisbury instead. 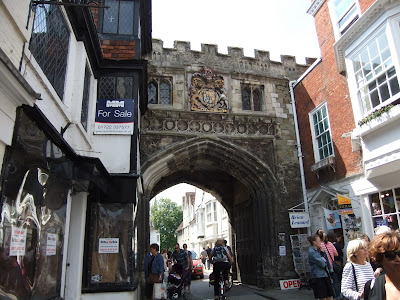 We walk through the gate into the cathedral close 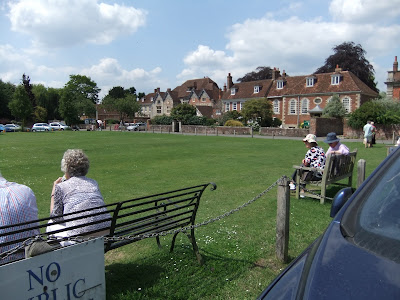 Where some are taking a rest 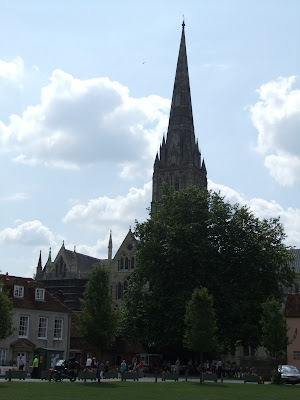 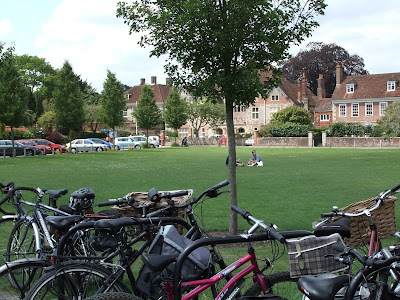 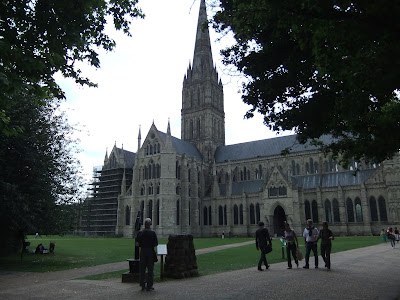 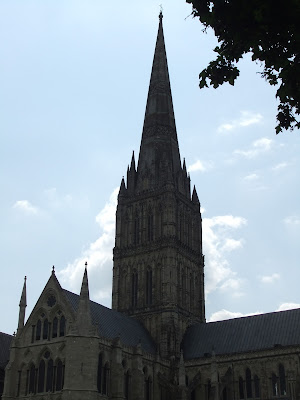 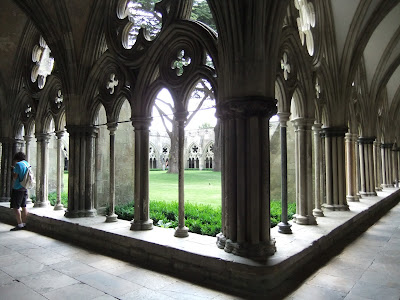 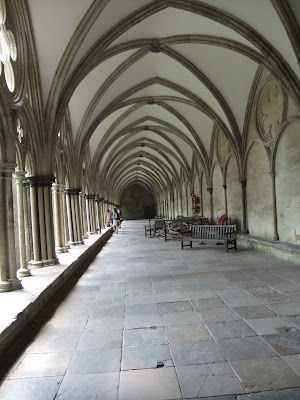 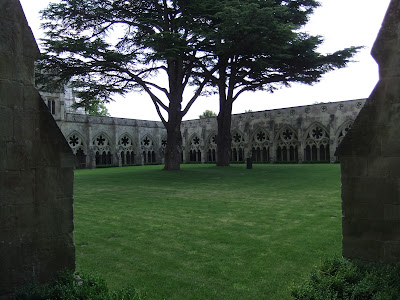 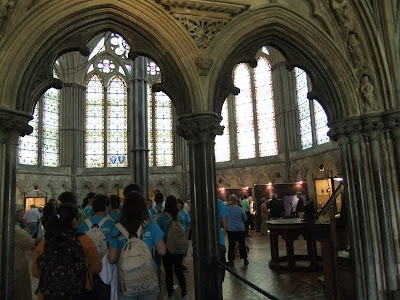 and in the Chapter House with it's beautiful fan ceiling (which I forgot to photo) is the home of the best preserved of the 4 surviving original 1215 Magna Carta.
It's significance spans the democratic world, inspiring important texts from the United States constitution to the Universal Declaration of Human Rights. It is seen as one of the foundation stones of modern civil liberties. In August 2009 the worldwide stature of Magna Carta was recognised when it was inscribed in the UNESCO 'Memory of the World' register. 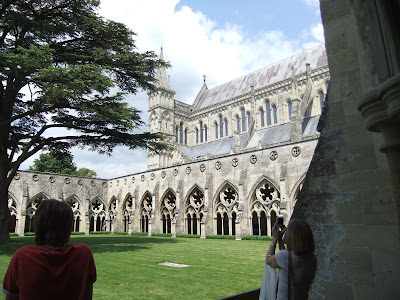 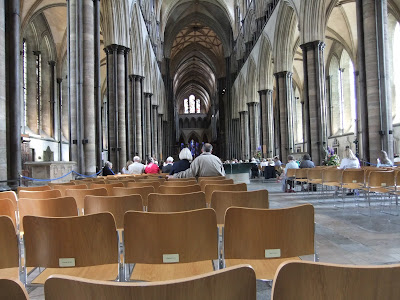 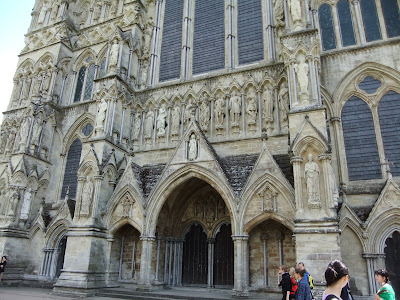 Do double click if you want to enjoy the architecture 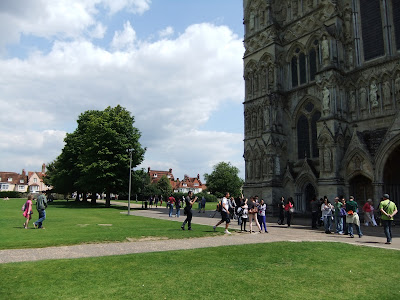 Salisbury has the largest cathedral close in the country with many interesting buildings surrounding it
We will visit some of these in the next post.

If I ever make it back to England (I'm hoping so!) Salisbury is one place I want to spend some time in...having read the historical novel "Sarum" I feel a little connection to the place. And it is so beautiful and awe-inspiring, at least to me, even in photos. Looking forward to seeing more...

I see Blogger has brought back that troublesome slide show feature! But I shall be clicking away for a closer look nonetheless.

We visited Salisbury Cathedral in 2004 and found it to be breathtakingly beautiful. Is the modern gold and silver silk tapestry still hanging near the clockworks? I remember marvelling at the beauty of the Chapter House (and the Magna Carta).

I've seen photos of this cathedral before. My maiden name is Salisbury. I haven't done any genealogy searches, but I've always been told that my ancestors were English.Thanks for showing such interesting parts of your country.Balisha

I do so want to visit Salisbury Cathedral. If I remember correctly, one of the famous hymns was actually inspired by the view of the cathedral. Does anyone know which one? I remember things like this, but not the details!

What beautiful architecture. Your photographs are always so spectacular. I love traveling "with" you.

We have sat in the Close many times, just soaking up the atmosphere of this lovely place.

Beautiful! I love your blog! Keep up the wonderful tours of your country, I certainly enjoy them!

Barbara, I remember studying the Magna Carta in grammar school so well! I love to sit in on services in unfamiliar churches too, its a very strong pull to to sit quietly in the back and feel the peace.
Lovely tour!
xx
julie

So enjoying looking at your pictures and reading the blog. Visited your lovely country for a week 18 years ago now and so many places we didn't get to, so reading your blog and looking at the pictures is so wonderful!

That brought back some memories. I lived in Salisbury for a few years. I worked in a boutique that was located along a little water front shopping area. I wonder what that place looks like now.

This cathedral always seemed a bit cold to me, but then nothing can compare to Notre Dame cathedral in Paris, which made my hair stand up on end!
Lorraine :-}

Simply breathtaking! Thanks Barbara for sharing these wonderful photos and events.
Blessings.

Beautiful photos. I had a holiday in Salisbury in 1991 and loved its Englishness and atmosphere. I also had a tiny painting of the cathedral when I was little, so it was lovely to see it in real life many years later.
Thankyou for visiting my blog. Pathological Demand Avoidance Syndrome (PDA) is a little-known autism-related condition where, basically, the sufferer will go to enormous lengths to avoid doing anything anyone asks of them. Yes, we all know someone like that, but really, this is extreme.

I remember visiting Salisbury Cathedral and the beautiful close still - and it was 30 years ago that I went there! A wonderful place.

I'm almost always at a loss for words when I see your posts. Incredible! Places I'll never likely go, but can visit as you take me along in your pocket! The architecture is simply magnificent! The arches, the cloisters. Oh my! Thankyou again!

Great photos of the cathedral - thank you. It's funny that you should photograph the bikes. It is many years since I went to Salisbury but one of the things I remember about it was the number of bicycles parked up nearby.

Those cloisters are so pretty! I have heard about how beautiful Salisbury cathedral is, need to get there one day!